Germany has managed to successfully impose its will within the European Union's Economic and Financial Affairs Council, giving member states in the planned banking union the last word on how to handle heavily indebted financial institutions. According to the German policy, a single bank resolution authority and an accompanying fund would be run primarily through an intergovernmental body, rather than through existing EU structures. This has led to suspicions within the European Commission and European Parliament that Berlin is applying systematic pressure on such matters.

"This is a paradigm shift that has twisted the European idea into the opposite direction," President of the European Parliament Martin Schulz warned just days ahead of the EU summit set for the end of this week.

This reduces the EU to an instrument with which large member states can enforce their interests, he added. "The fair balance of interests that the European Union was built upon is being forced to give way to brutal power politics in which the big powers call the shots," he told SPIEGEL.

Olli Rehn, European commissioner for economic and monetary affairs and European Commission vice president, levied direct criticism on Berlin. "Germany is tending toward intergovernmentalism, and that's the playground of big countries," he said, adding that if Europe is to fully integrate smaller member states into the decision-making process, it will need to use a "community method." That would mean relying on the competence of the European Commission and not individual states. 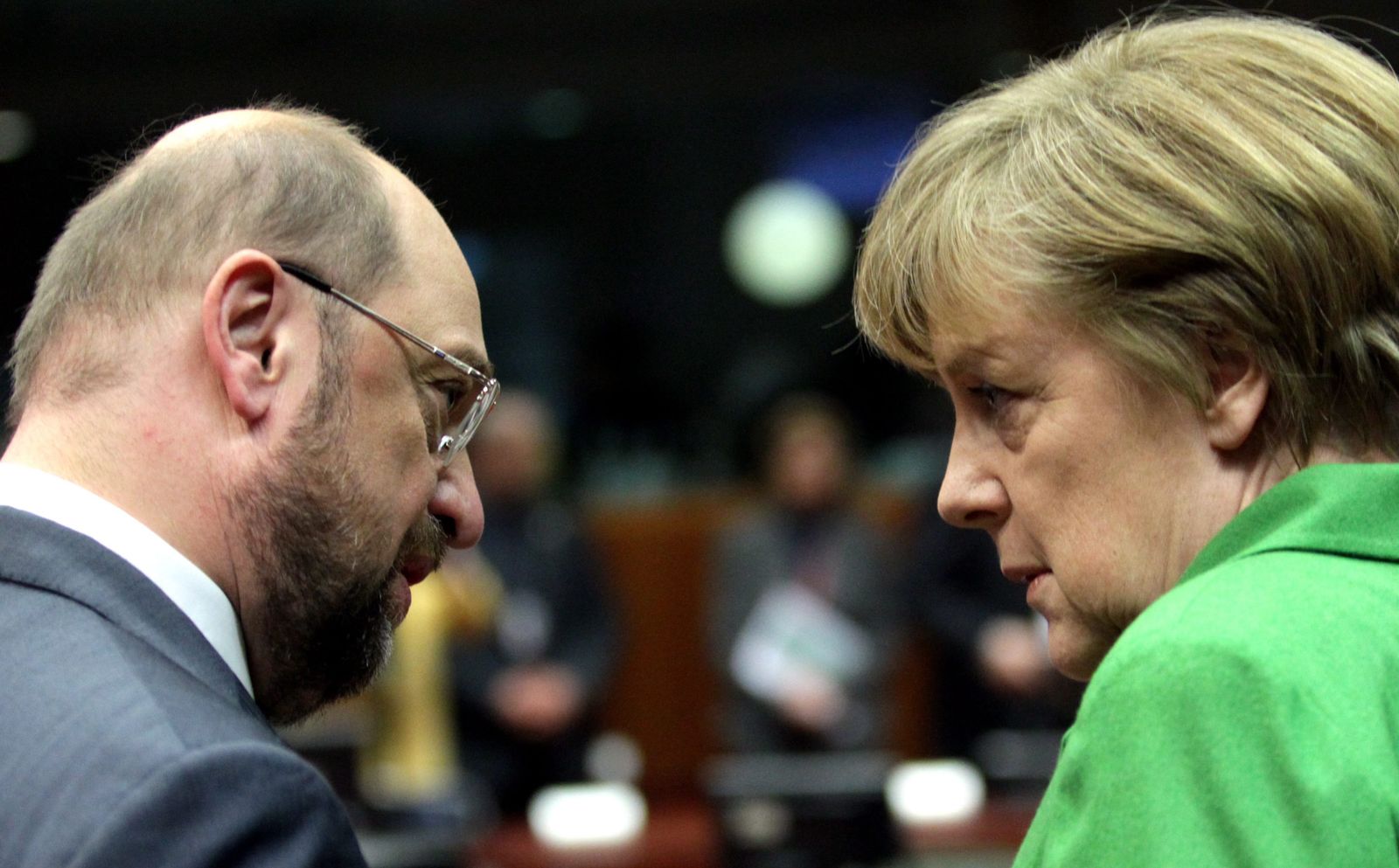 Merkel and President of the European Parliament Martin Schulz speak at a European Council meeting earlier this year.