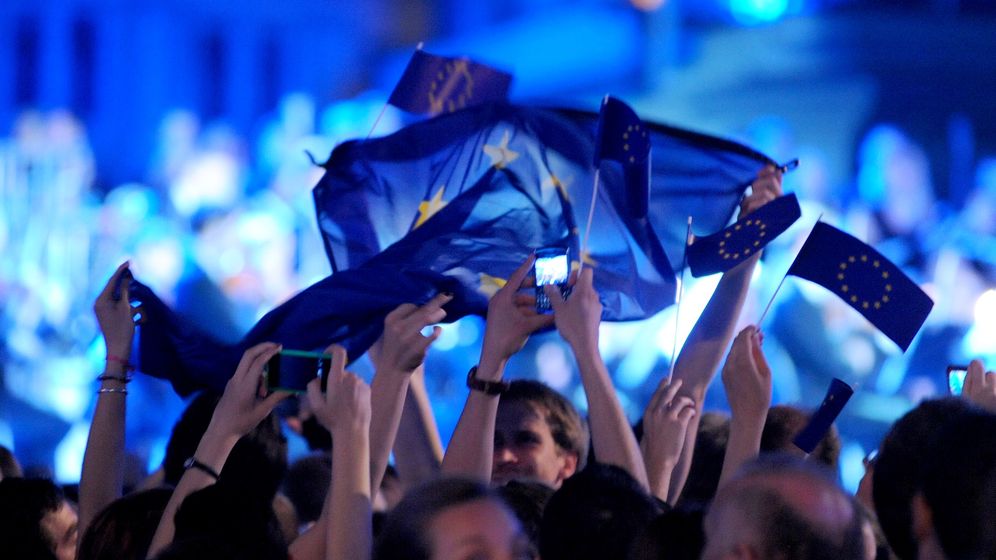 As of midnight on Sunday, Croatia is officially the 28th member of the European Union, following a decade of overhaul aimed at casting off the remnants of war and Communist rule. The small Adriatic country briefly set aside its economic troubles to celebrate its accession with fireworks, cannon-fire and church bells.

"This will change the life of this nation for good. I welcome you wholeheartedly," European Council President Herman Van Rompuy told a crowd of tens of thousands at Zagreb's Ban Jelacic square.

On Monday, Croatia pledged on its first day as an EU member to help foster relationships between the bloc and other Balkan countries and to try to bring more stability to the region, which only two decades ago was still consumed by ethnic and national conflict. The country of 4.4 million people is only the second of seven countries carved out of Yugoslavia to join the EU, following Slovenia in 2004. "I look at the future with much optimism," Josipovic said, welcoming a group of seven other Balkan leaders "on the first European morning."

The festivities in Zagreb lasted well into the night and included concerts, dance performances, street parties and massive projections narrating the mostly Catholic country's history. At midnight, EU flags were raised and customs posts were removed from the country's borders with EU members Hungary and Slovenia.

Several top EU officials were on hand for the celebration, including European Commission President Jose Barroso and EU Parliament President Martin Schulz, who spoke of a historic day. "It's good when a family grows, especially our family, which is committed to the values of democracy, justice and rule of law," Schulz told the crowd.

EU membership is seen as a milestone for the country, which suffered four years of war after declaring its independence in 1991 during the bloody breakup of Yugoslavia. Yet the country still faces huge economic hurdles as it hunkers through its fifth year of recession.

German Chancellor Angela Merkel still sees much need for reform. "There are still many more steps that must be taken, especially in the area of legal security and the fight against corruption," Merkel said in a podcast. The fact that Merkel herself did not attend the event, citing scheduling conflicts, has provoked criticism from the Croatian media and critics of the chancellor back at home.

Croatia still has to fulfill more criteria before it will be allowed to join the EU's Schengen Zone of border-free travel. On Sunday, Croatia's Deputy Premier Vesna Pusic said that the country has met "a lot" of conditions and expects to become a Schengen member in about two years.

"German taxpayers, or any other taxpayers, don't need to fear that they will have to spend money on Croatia," Pusic said at a press conference in Zagreb on Sunday. "The only thing we need to worry about is that we don't absorb EU funds fully, but that depends on us alone. Croatia is a great place for investment."

Croatia expects moderate economic growth in 2014 and potentially strong growth the following year. Deputy Prime Minister Milanka Opacic pointed out to reporters on Sunday that Croatia is better prepared for EU accension than many other members have been.

Though EU membership creates opportunities for Croatia, the country will still have to confront serious problems such as high unemployment and low wages. "This is our problem," said Opacic. "The EU will not solve it for us."