Cross-border theft of cars and heavy machinery between Germany and Poland is a well-known problem. The common German assumption is that responsibility lies with its less-prosperous neighbor Poland, which is why a comment this week by the Polish ambassador to Germany was met with indignation.

In an interview with regional daily Märkische Oderzeitung on Monday, Ambassador Marek Prawda suggested that perhaps Germany wasn't doing enough to curb the problem. "That is first and foremost a problem for the police in the country where the cars are stolen," he told the paper.

Though his comments may question commonly held stereotypes about Polish criminality, they also reflect what German experts have been saying, according to daily Süddeutsche Zeitung on Tuesday. "The auto manufacturers, insurers and owners are themselves at fault," the paper writes. All sides could contribute more to solving the problem, it adds.

Successful measures implemented within Poland to stop domestic auto theft by verifying vehicle origins and outfitting them with hologram identification markers have been praised by German insurers, who have even suggested they be implemented across the European Union, the paper writes. "But policy has hardly changed," and delays plague Germany's entry of stolen vehicle alerts into the international system, the Süddeutsche Zeitung adds.

But according to Ingo Decker, spokesperson for the state interior ministry in border-crime hotspot Brandenburg, the problem can't be so easily attributed. "Naturally everyone has to do their part," he told SPIEGEL ONLINE. "This affects the auto industry, which of course could make the vehicles more secure, and the owners also bear a responsibility for properly securing and parking their cars ... but those who are robbed are not to blame." Instead, far-reaching, long-term measures are required to tackle the problem, he says.

It began around the time Poland became part of the European border-free travel Schengen group in late 2007. That year, the number of cars stolen in Brandenburg totalled nearly 2,500, and by 2010, this number had reached almost 4,100. Coveted brands include German-made Audi, BMW and Mercedes, with Volkswagen models topping the list of most-stolen cars, according to Brandenburg police statistics.

During that time expensive construction machinery and farming equipment also became a target. The problem has become so widespread that 92 business owners from the state's Uckermark region recently signed a petition asking for help from to the state parliament. They estimate that the frequent theft of vehicles, equipment and even fuel has cost them upwards of €22 million collectively, daily Berliner Zeitung reported Tuesday.

"Unfortunately we feel we've been left behind by those politically responsible," the petition reads, according to the paper.

The Brandenburg interior ministry, which refused to comment on the Polish ambassador's comments about their crime-fighting efforts, plans to address the "distress call" in a meeting on Wednesday that will include state governor Matthias Platzeck and law enforcement officials, spokesperson Decker says. "We're going to talk and get an impression of how the victims are experiencing this, along with explaining what police measures are being taken to tackle this problem -- between all partners including the state police, federal police, customs officials and also those on the Polish side."

The thought of thieves taking moonlit joyrides over the border in tractors, backhoes or even just a commonplace Volkswagen Golf might seem absurd, if not difficult to conceal, but Decker says the thieves are harder to control than one might think. "We're talking about international crime rings here, and they spare no effort. The border is long and often sparsely populated," he explains. Along shallow parts of the border region Neisse River, robbers have been known to simply drive right through to the other side.

Not only is Brandenburg a target for thieves, but the state also serves a "funnel function" into Eastern Europe for crime rings moving stolen goods from other parts of the continent, Decker says. The scope of the problem, which affects Germany's entire eastern border, requires cooperation on all sides, he says.

State police have already created a special commission to target cross-border crime in the region, while a joint police station has been set up just across the border in Slubice, Poland to aid in collaboration with officials there. Additionally, a pilot project to test marking and cataloging vehicles with synthetic DNA is also underway, and showing encouraging results, Decker says.

The developments will be shown with new statistics for 2011 during the meeting with business owners on Wednesday.

"We have the impression that we are effectively working against this problem," Decker says. "But we'll be fighting it for years. The root problem is the prosperity gap between Eastern and Western Europe -- it generates crime." 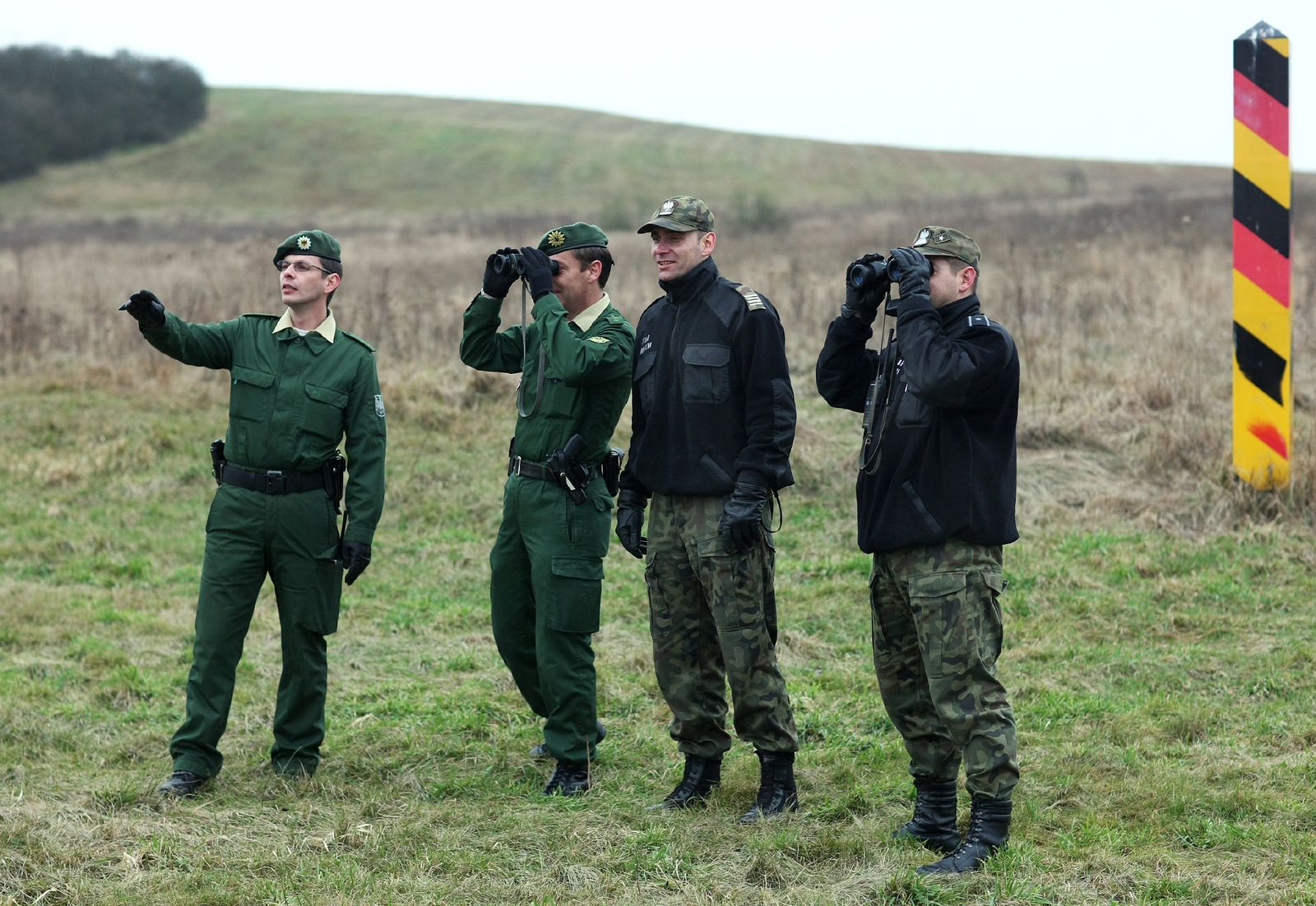 German police patrol the German-Polish border in late 2007, just before it opened.