SPIEGEL: Minister Shiarly, considerable opposition is taking shape against Cyprus's request for billions in aid from the European bailout fund. Do you think that your European counterparts will approve the funds?

Shiarly: I have a very good relationship with God. I spoke with him for a long time, but he didn't give me an answer. But seriously, we have done everything in our power to bring about this decision.

SPIEGEL: How exactly did you do that?

Shiarly: We spent months in difficult negotiations with the troika, consisting of the European Commission, the European Central Bank and the International Monetary Fund. Our parliament has already approved all the conditions for the aid program that were agreed upon in those negotiations. And it did so with substantial, cross-party unity, which is especially important to me, in light of the upcoming presidential elections in February.

SPIEGEL: The aid would catapult Cyprus's national debt to well over 120 percent of the gross domestic product. This is seen as the critical limit, above which countries can no longer finance themselves. Don't you need a debt haircut, like Greece?

Shiarly: There is no magic threshold at which a country can no longer repay its debts on its own. It differs from country to country. We assume that our growth will pick up again and our budget deficit will shrink in the coming years.

SPIEGEL: After a debt haircut, your country would have to pay much less in interest. Wouldn't that make your life as finance minister much easier?

Shiarly: No, because the Cypriot government bonds are mainly held by Cypriot banks. If there were a debt haircut our banks would be in serious trouble, and we would have to support them with government funds. This wouldn't help us, because we would have to borrow the money.

SPIEGEL: Cyprus has a bloated banking sector, whose total assets are more than eight times the size of the country's economic output. How do you intend to shrink them back to health?

Shiarly: The financial industry is the core of our service sector, and it remains important to us. The banks don't have to shrink domestically. Instead, they should divest large portions of their foreign business. They've invested a lot of money in places like Greece, Russia, Ukraine and even Australia. We are already reducing these investments, and we expect to make a lot of progress this year.

SPIEGEL: In a report, the Bundesnachrichtendienst, the German foreign intelligence agency, alleges that Cyprus is a money-laundering hub, mostly for the benefit of Russian oligarchs. Will you also divest yourself of this business?

Shiarly: We encounter these rumors again and again, but repetition doesn't make them any truer. When we joined the European Union in 2004, we implemented all required rules and regulations to fight money laundering. Cyprus has received good marks in all assessments by various international organizations in recent years.

SPIEGEL: So why did the BND make the accusations?

Shiarly: So far no one has been able to prove that we are violating the rules or even encouraging money laundering. This also applies to the exchange of information with foreign tax authorities and law enforcement agencies. We have responded to all inquiries so far. I have personally asked my European counterparts several times to cite specific cases in which we didn't help. No one could present me with a single case. Money laundering exists everywhere, in Cyprus and in Germany alike. The point is to fight it resolutely.

SPIEGEL: But that's exactly the reproach: that you are in fact not resolutely fighting money laundering.

Shiarly: We have to demonstrate that we are really serious about this. We are familiar with the critical perception abroad, and we want to make it go away by implementing the international agreements more effectively and quickly than other countries. We envision our future as a credible financial center, which is why we want to be a step ahead of our European partners in the future when it comes to regulating financial markets.

SPIEGEL: If money laundering is supposedly not a problem in your country, please explain to us why a small country like Cyprus is by far the largest direct investor in Russia.

Shiarly: It's very simple. We have traditionally had very good and close relations with Russia. A double-taxation treaty has existed for a long time, offering investors legal certainty. We also have a simple and attractive tax system. As a result, Russians like to invest money with us, which they later invest at home again.

SPIEGEL: Almost every well-known oligarch in Russia has companies in Cyprus. And you're saying there isn't any illegal money there?

Shiarly: The Russians aren't the only ones who have discovered Cyprus as a financial center. But we shouldn't immediately associate this with illegal activities. Russians also engage in business activities and have invested large fortunes in other countries, but no one is indicting those countries. There is no doubt that the charges against us are exaggerated. The important thing is that the problem is taken seriously, and we're doing that.

SPIEGEL: Nevertheless, others describe what you call an attractive tax system as tax dumping. German politicians from almost all political parties are making their approval of aid dependent on you increasing your corporate income tax significantly over the current rate of 10 percent.

Shiarly: Our tax system is one of our few competitive advantages. That was already the case when we joined the EU. It was a topic of intense discussion at the time, but no one accused us of tax dumping. If it wasn't tax dumping then, it can't be that today.

SPIEGEL: Where does one draw the line between tax competition and dumping?

Shiarly: No one can tell you that for sure. But I can assure you of one thing: Cyprus is no tax haven. Tax havens have two characteristics: a tax rate close to zero, and no one asks you where your money comes from. Both are not the case in Cyprus.

SPIEGEL: But the equivalent tax rates in many EU countries are at 30 percent or more. Ten percent is relatively low by comparison.

Shiarly: We have no industry to speak of, so services are all we can count on, and we have to attract capital for that. The entire EU benefits when the Russians or the Chinese set up companies in Cyprus. Besides, it isn't the nominal tax rate that counts but the actual tax burden. Many countries with seemingly high rates offer their taxpayers many loopholes and exceptions, so that 30 percent quickly turns into 10 percent or less. That's not the case in our country. In Cyprus, 10 percent is 10 percent.

SPIEGEL: The EU finance ministers plan to wait until March to decide on your request. How will you get by financially until then?

Shiarly: All short-term obligations for the coming three months are funded. The deficits will be small in the first quarter of 2013. They're also covered by domestic banks and government-owned companies. In light of the uncertain situation, a quick decision by the Euro Group is necessary to stabilize confidence in the markets. 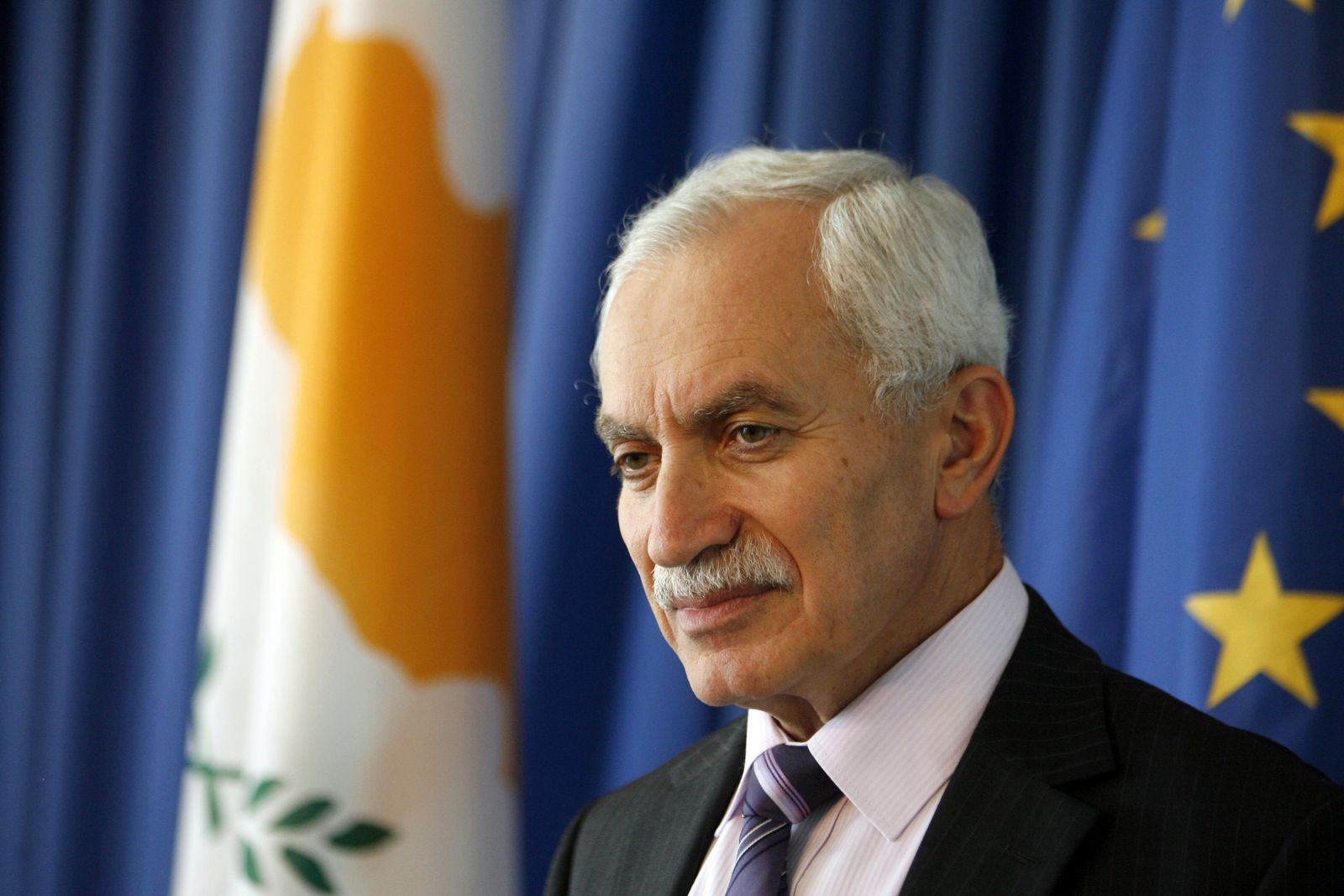