Panicos Demetriades looked dead tired as he opened the press conference on Tuesday afternoon on the fourth floor of the Cypriot central bank. The questions and answers flew back and forth for 90 minutes, with Finance Minister Michalis Sarris doing his best to back up the central bank head. Outside, the mountains slowly receded from view into a haze, while inside journalists became increasingly restive. When the session ended, many were left wondering why Demetriades had invited them in the first place. He had virtually nothing new to say.

Many interpreted the press conference as a symbolic exercise. Central bank head Demetriades, they felt, sought to stage a show of strength to counter the pressure that has been heaped on his shoulders in recent days. For one, he announced earlier this week, without consulting the Cypriot government first, that small banks in the country would open their doors again on Tuesday, in contrast to the island-nation's two largest financial institutions Laiki and Bank of Cyprus. The result was a massive protest from the smaller banks and a reversal. The banks stayed closed. For the moment, the opening date is set for Thursday, and many fear that a flood of angry customers could overwhelm the sector.

Then, on Monday, the central bank announced that it was installing financial manager Dinos Christofides as a special consultant to the Bank of Cyprus as it prepares to take on assets from Laiki, which is to be liquidated. The deployment of Christofides is legitimate, but it triggered widespread concerns that the Bank of Cyprus too may soon be broken up. Demetriades was accused of not doing enough to explain the steps he was taking, thus intensifying investor anxiety.

Most of all, though, the central bank head has been harshly criticized due to suspicious capital flight from Laiki and the Bank of Cyprus, the two institutions that have been hit hardest by the Cypriot banking crisis. There are indications that large sums flowed out of the two banks just before the first bailout package was signed in the early morning hours of March 16. At the end of January, some 40 percent of all savings held in Cypriot accounts were on the books of those two banks. Since then, however, much of it has been transferred elsewhere, despite orders from the central bank that accounts at the two institutions be frozen.

The central bank now stands accused of not doing enough to control the movement of capital. Transfers for humanitarian aid were permitted which, while certainly an acceptable exception, opened a loophole for abuse. Many are also furious that the bank allowed "special payments," the definition of which was never adequately established.

The Cypriot central bank has defended itself by saying that it was impossible to completely prevent all transactions, despite the account freeze. Much of the money was withdrawn from overseas, where Cyprus had no authority. Branches of Cypriot banks in non-euro-zone countries such as Russia and Britain do not answer to the European Central Bank. Their liquidity is controlled by central banks in those countries.

Such a defense is nothing less than a voluntary admission of impotence. Holders of smaller savings accounts have been unable to access much of their money for almost two weeks, companies have been unable to pay their suppliers and across the country people are concerned that their salaries will not arrive on schedule on the first of the month. Meanwhile, rich businesspeople and those with connections overseas have been able to transfer their money into foreign accounts.

Parliament in Nicosia is suspicious. Lawmakers have demanded that the central bank assemble a list of those customers who withdrew large amounts of money prior to the closure of the country's financial institutions. In particular, parliamentarians want to know if central bank employees or members of the government received early warning and were able to quickly rescue their assets.

According to the Greek television station Mega Channel, the list has already found its way into the hands of Parliament President Yannakis Omirou. No one in parliament or in the central bank could be reached for comment on Tuesday evening. Still, the parliamentary investigation indicates just how great the mistrust is between lawmakers and the government -- and how acute the doubts are as to Panicos Demetriades' competence.

Toward the end of the Tuesday evening press conference, the central bank head did finally find some news to convey. Holders of smaller accounts, he said, should be prepared for the fact that not all bank services will immediately be available. Those who had more than €100,000 parked at the Bank of Cyprus will likely lose "about 40 percent" of their assets, he said, adding that the exact amount is still being established. Despite the remaining uncertainties, though, he assured the press that the banks would open as planned on Thursday. He also said that, while Cyprus is now threatened with a recession, the economy will quickly regain its footing. Demetriades made an appeal to the entrepreneurial spirit of Cypriots.

But none of what he said is cast in stone. Bank customers could suffer for much longer and experts say that those with more than €100,000 in their accounts stand to lose up to 90 percent of their deposits. According to the Greek television station skai, Cypriot banks will remain closed until April 1. And economists forecast a deep recession for Cyprus with high unemployment, comparable to that which has gripped Greece in recent years.

What remains is a central bank head who has lost much of the trust confided in him. He has said that he does not intend to resign, and because his job enjoys constitutional protections, he cannot be fired. Nonetheless, Cypriot President Nicos Anastasiades seems to have had enough of him. According to Cypriot television, the president is currently looking into potential legal loopholes that would allow him to get rid of Demetriades anyway. 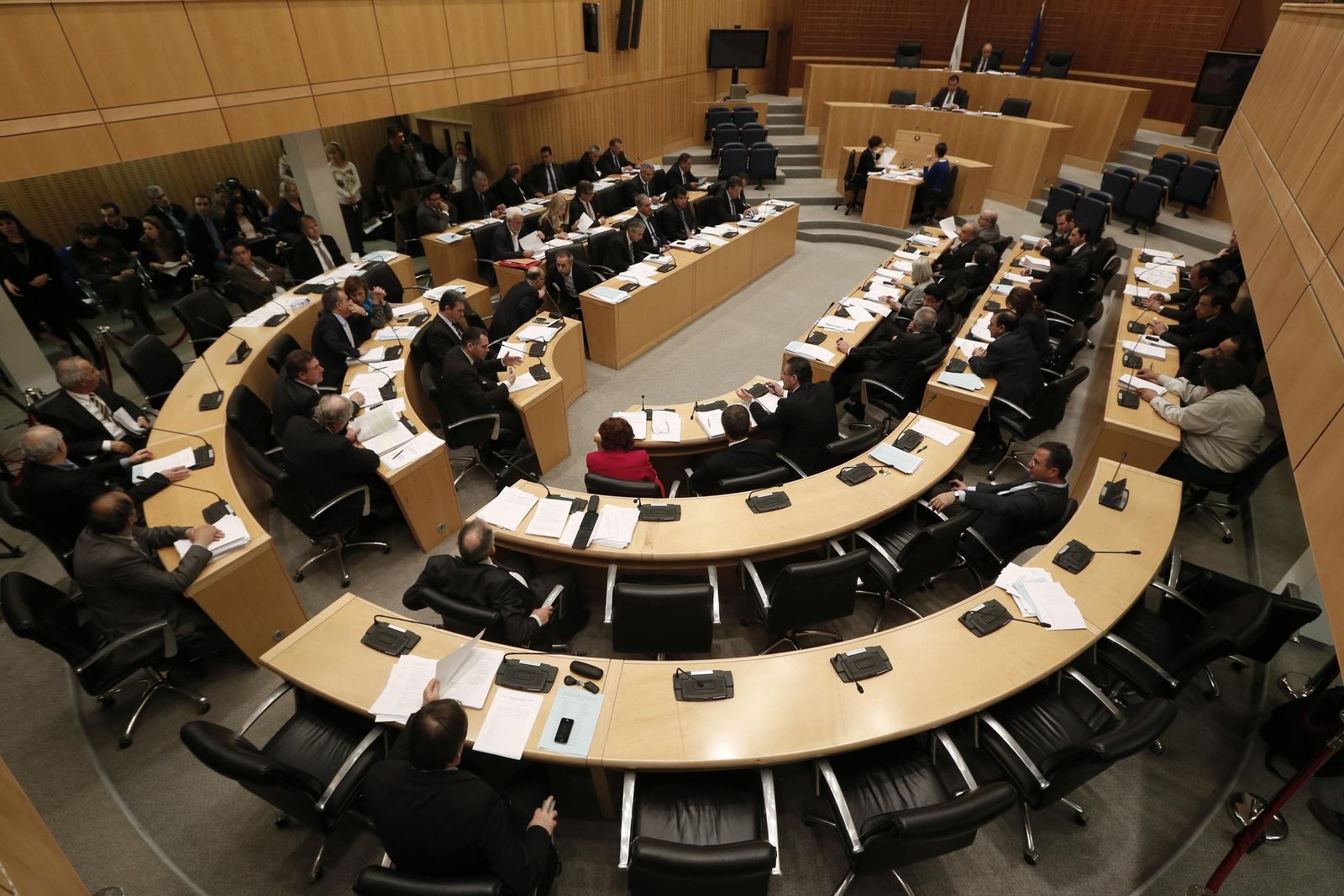 Cypriot lawmakers no longer trust the government or the central bank.