The shock waves of the Cyprus bailout deal hit financial markets on Monday, as anger spread over a one-time levy on bank deposits on the small island at the fringe of the euro zone. This marks the first time since the start of the European sovereign debt crisis that average savers are being forced to help rescue a country's finances alongside taxpayers, investors and private creditors.

Financial markets reacted nervously, as share prices of banks across Europe dropped. Monday's biggest losers were financial institutions in countries hardest hit by the debt crisis, like Spain's Bankia, whose stock temporarily slipped by more than 8 percent. Deutsche Bank was also not immune, losing 4 percent of its stock price. Investors appeared to be fleeing to assets perceived to be safer, like German bonds or gold.

Financial experts are also shocked. American Nobel prize-winning economist Paul Krugman admitted he didn't see the tax on bank deposits coming, warning that it could sow panic among the public. "It's as if the Europeans are holding up a neon sign, written in Greek and Italian, saying 'Time to stage a run on your banks!'" he wrote on his New York Times blog. German economic expert Peter Bofinger also warned in an interview with SPIEGEL ONLINE that "European citizens must now fear for their money."

It looks as if the deal struck by euro-zone finance ministers in Brussels over the weekend is already in doubt as a result of massive uncertainty among the public and on the finance markets. Several news agencies have reported that the terms of the deal were to be renegotiated on Monday. Proposals include lowering the levy on bank deposits below €100,000 ($129,000) to 3 percent from 6.75 percent, and potentially increasing the forced contributions of deposits above €500,000 to 12.5 or 15 percent, up from 9.9 percent.

Why Should Savers Pay for Cyprus's Problems?

Up until now, all the bailouts of euro-zone countries have been partially financed by taxpayer money. Governments put up cash to save the crisis-ridden countries, making them vulnerable to risks or losses. In the case of Greece's second loan program in 2011, private investors were called on to take part for the first time. German Chancellor Angela Merkel insisted that such action would remain unique to that program.

It was against this backdrop that more economically strong European Union member states, together with the European Commission, the European Central Bank and the International Monetary Fund, agreed to involve bank account holders in the emergency loan program. The decision also had a moral component: Cyprus has long been viewed as a tax haven for the wealthy elite from Russia and elsewhere in Europe, and policymakers felt they should be made to pay for the bailout as well. Furthermore, the argument goes, Cyprus's banks would also be threatened if no bailout were approved, putting savers' money in danger anyway.

This position can be justified, but experts still see it as being highly risky. Above all, they criticize the fact that middle-class savers with small account balances are also being forced to pay for the bailout.

What Exactly Are Experts and Investors Afraid Of?

There's a great danger inherent to the creditor nations' plan: Namely that depositors in European crisis countries could lose confidence in their banks and withdraw money en masse. The worst-case scenario would be a run on the banks, which could drive several institutions into bankruptcy. No bank in the world has enough money to pay out all of its depositors at one time.

In Cyprus, storm clouds have already begun to gather. The institutions are currently closed for a public holiday on Monday. But once they reopen, long lines are likely to form in front of bank branches and ATMs.

Even worse would be the so-called contagion effect on other crisis states. In recent years, countries like Greece, Portugal, Spain and Italy have already struggled to prevent depositors from moving their money overseas. This was reflected in the high level of imbalances in Europe's so-called Target2 settlement system, in which euro-zone central banks and the European Central Banks transfer money across the common currency union. The situation had calmed down since last fall, when ECB President Mario Draghi promised to help the highly indebted countries with unlimited bond purchases in the event of a financial emergency. Confidence in banks slowly returned, but this recovery process has now been suddenly disturbed.

It will not be clear how bad the consequences of involving Cypriot depositors in the bailout will be until another euro-zone country gets into trouble. Then, as many experts fear, the depositors in the country could start a run on the banks.

Why Is Trust So Important for Banks?

Banks rely on the confidence of customers and investors. They can function only if both groups constantly provide them with cash. Otherwise they quickly risk being shut down.

In Germany, it became abundantly clear in 2008 just how important trust is for the stability of the financial system. Who knows what would have happened if Angela Merkel hadn't made an important statement at the time. It was Sunday, Oct. 5, 2008. Just a week earlier, Berlin and German banks had teamed up to save ailing commercial property lender Hypo Real Estate, likely preventing a meltdown of the country's financial system in the process. But it was already time to prevent the next disaster -- a run on German banks by depositors. The situation was tense. For days, Germans had already been withdrawing more money than usual from cash machines, and some banks were having trouble keeping up. Banking advisors reported receiving late-night calls from wealthy clients who wanted to personally come by to make sure their money was still there.

Then Chancellor Merkel and her then-Finance Minister Peer Steinbrück made an appearance in front of TV cameras. "We assure depositors that their funds are secure," Merkel promised. "The federal government will also guarantee this."

The sentence was historic -- a turning point in the financial crisis. Trust in German banks immediately returned. The state deposit insurance increased from €20,000 to €100,000, and other countries followed this example. Today the minimum sum guaranteed in Europe is €50,000.

On Monday Merkel renewed her promise. "The mark of a guarantee is that it holds true," she said through her spokesman Steffen Seibert. "And there is nothing to add to the words of the chancellor and then-finance minister." 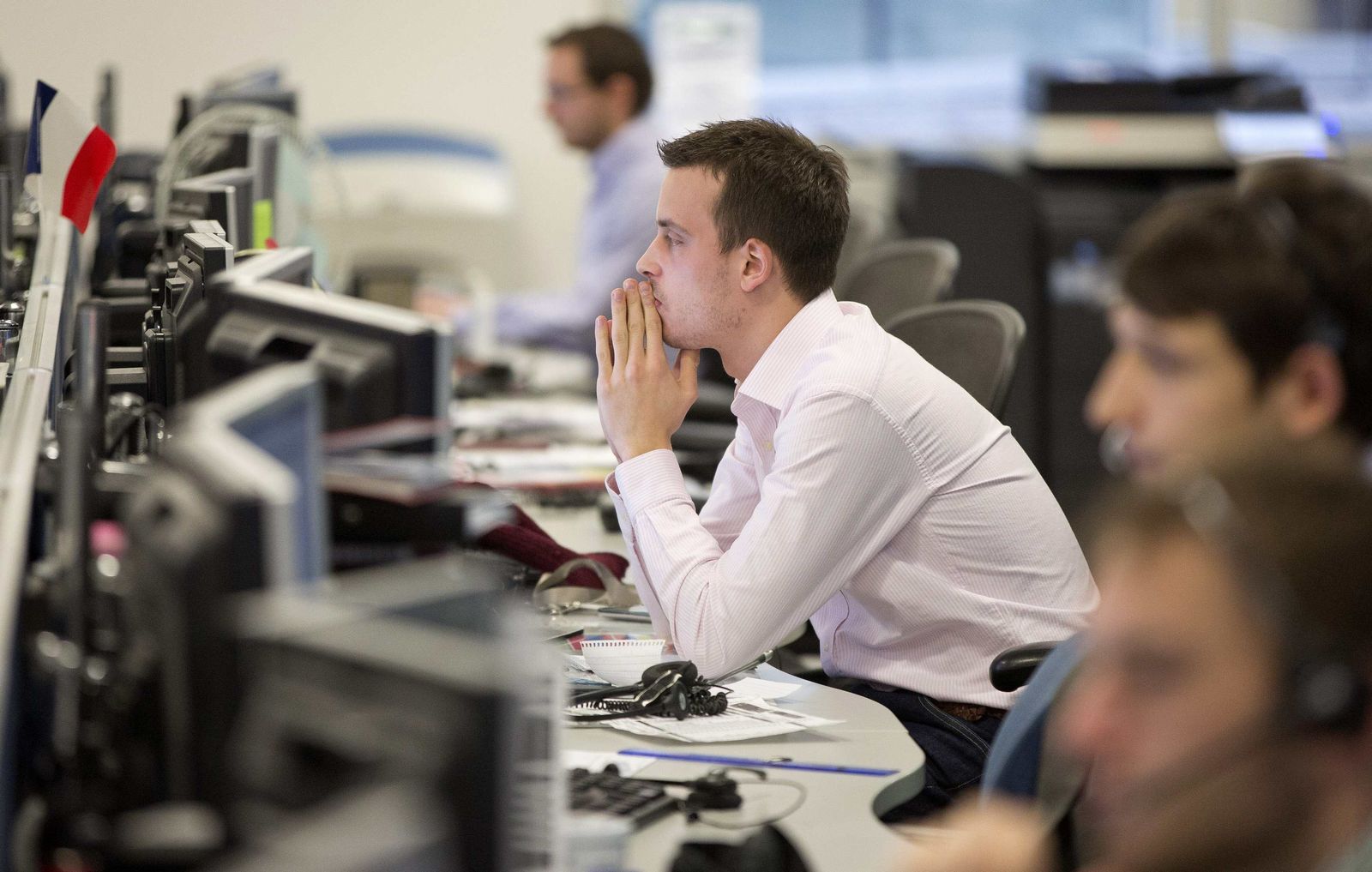 The decision to tax ordinary depositors as part of the Cyprus bailout sent shockwaves through markets on Monday.