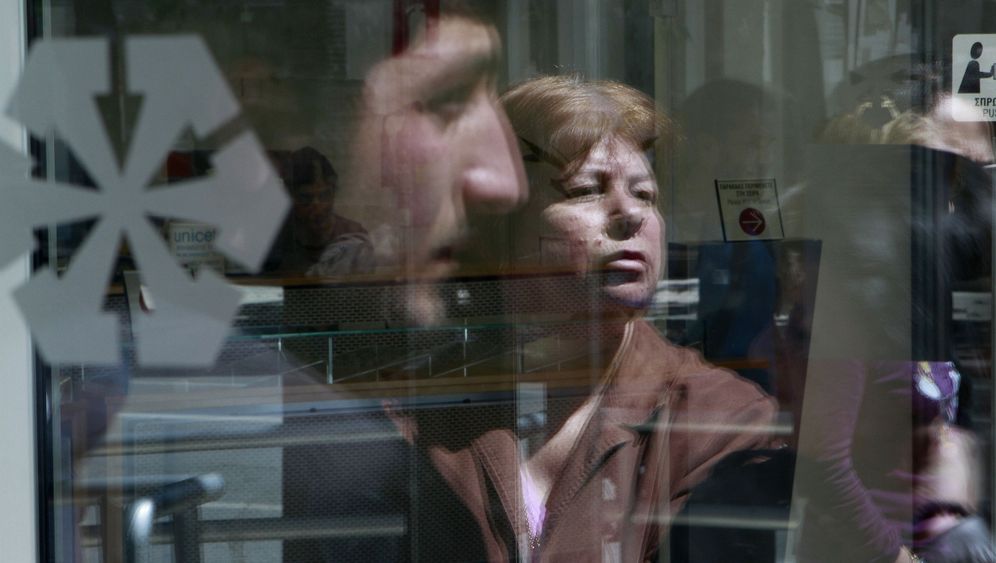 Photo Gallery: The EU's Changing Approach to the Crisis

Jeroen Dijsselbloem's original game plan was to just keep a low profile. When the 47-year-old Dutch finance minister became head of the Euro Group three months ago, the first thing he did was deactivate his Twitter account. In meetings of the finance ministers of the 17 euro-zone states, he let his counterparts do most of the talking. And whenever he appeared before reporters in Brussels afterwards, he would start with sentences like: "Maybe it's good, if I say something."

Dijsselbloem seemed determined to become the most boring of all the boring bureaucrats in Brussels -- until last Monday, that is, when he did something no one would have anticipated: He detonated a bomb. The way that large depositors and creditors were being drawn into the bailout of Cypriot banks, he said, could become a model for the entire euro zone. In future aid packages, he said, one must look into whether bank shareholders, bond holders and large depositors could participate so as to spare taxpayers from having to foot the bill. He was announcing nothing less than a 180 degree about face.

Cyprus as a model? Dijsselbloem had hardly finished his comments before international news agencies began registering its impacts. Markets around the world nosedived, the euro sank to a four-month low and EU leaders had to rush into damage-control mode, as did the man who triggered the storm himself. Dijsselbloem backtracked by saying that Cypriot banks were obviously "a special case." Germany's top-selling daily tabloid, Bild, scoffed that Dijsselbloem would get a new nickname in Brussels: "Dusselbloem," the rough equivalent of "Dimwit-bloem."

But the ridicule might prove premature. In reality, Dijsselbloem merely expressed something that many Europeans already think. Whether at the European Parliament or in several Continental capitals, many are saying that the time is ripe for the financial sector to assume a greater share of the costs for rescuing ailing banks.

'Banks Must Save Themselves'

More is at stake than determining just how to deal with insolvent financial institutions. It is about core tenets of the bailout strategy being followed by the EU. Since the collapse of Lehman Brothers in 2008, it has primarily been EU taxpayers who have assumed liability for the fallout. Failing banks, such as Germany's Hypo Real Estate (HRE) or Spain's Bankia, were kept on artificial life support while shareholders and creditors were spared. The advantages were enjoyed not only by actors on the global financial markets, but also by major banking centers, such as those in Luxembourg and London, which could count on seeing governments prop up teetering financial institutions.

A growing number of politicians and experts are demanding an end to this arrangement. In the future, German Chancellor Angela Merkel said, "banks must save themselves." And German central bank board member Andreas Dombret is convinced that the financial sector can only regain health once there are no longer "implicit state guarantees for banks."

These guarantees were one of the fundamental reasons why Germany's state-owned Landesbanken invested in worthless securities, why Irish and Spanish banks financed excessively dubious real estate projects, and why Cypriot banks became a hub for investors with a penchant for tax evasion. The guarantees were also responsible for causing banks' balance sheets to swell to many times the value of their countries' annual economic performance. "It's not that there are just individual lending institutions that are too big to be allowed to fail," Dombret says. "There are clearly entire banking systems for which the same holds true." A country's financial sector, he adds, must be designed so that a national economy can cope with a downturn on its own.

But where is that the case? The balance sheets of Cypriot banks are seven times as large as the island's annual gross domestic product. The ratio is similar in Ireland, even though the banks in these countries have been being downsizing for four years. The imbalance is even more glaring in Europe's smallest countries, such as Malta and Luxembourg, where the bank balance-to-GDP ratio is 8-to-one and 22-to-one, respectively.

Since the outbreak of the crisis, the euro zone has succeeded in pruning back the banks, and their balance sheets are now only 3.5 times the size of the currency union's combined economic performance. But, in recent years, while hundreds of mainly smaller banks have been shut down in the United States, Europeans have closed their eyes to the dangers.

Stepping Into the Breach

Christine Lagarde, the former French finance minister and current head of the International Monetary Fund (IMF), spoke in Frankfurt on March 19 about the progress that has been made in banking regulations, saying that 20 banks had been "resolved" since 2007 and that 60 have undergone "deep restructuring." Though impressive at first glance, these figures are misleading. Most of the banks were nationalized (such as HRE and Northern Rock), subsumed by other institutions (Sachsen LB) or broken down into smaller units (WestLB). Few have actually disappeared.

More than anything, however, Lagarde's figures fail to indicate who bore the costs of rehabilitating the banks. "Since the outbreak of the financial crisis," Dombret says, "taxpayers have unfortunately been forced to step into the breach with all difficulties."

Indeed, since 2008, the European Commission has authorized €5 trillion ($6.4 trillion) in aid for the financial sector, equivalent to 40 percent of the EU's combined economic performance. Germany alone has allocated €646 billion to its banks. In the process, private creditors have only been asked to make a modest contribution. For example, the Irish government put four times as much capital into rescuing domestic banks as private creditors did, and the ratio is similar in Spain.

Likewise, shareholders of failing institutions have by no means lost their money in all cases. Owners of shares in Commerzbank, for example, were allowed to retain their stakes even though the bank, Germany's second-largest, received €18.2 billion in state aid.

In many cases, simply too little could be taken from the shareholders to stabilize the institutions. "The Cypriot case vividly shows how little capital resources Europe's banks possess to absorb possible losses," says Harald Hau, 46, a finance expert at the University of Geneva. In his view, the unequal distribution of burdens between bank shareholders and taxpayers is by design -- he speaks of "existing banking socialism."

The banks' lack of sufficient capital has made taxpayers de facto shareholders because they are unfailingly asked to pony up whenever a bank runs into trouble. But unlike the real shareholders, Hau notes, taxpayers are "in no way compensated for this risk."

In the case of Cyprus, European leaders have demonstrated for the first time that the burdens can be distributed differently. Laiki Bank, the country's second-largest financial institution, will be dismantled, and the remaining private shareholders of the already largely nationalized bank and its creditors will shoulder its losses. But the plan also calls for bank customers with large deposits to share in the pain for the first time: Deposits above €100,000 will be drawn on to help cover the bank's losses.

"The plan is good because creditors and major depositors will be included," says Daniel Gros, director of the Brussels-based Centre for European Policy Studies. He also believes that the Cyprus solution could become a blueprint for dealing with banks in other EU countries in crisis. In recent years, Gros continues, banks and their creditors have been bailed out because people have kept in mind the dramatic market turbulences that followed in the collapse of Lehman Brothers. But he thinks people will now say: "Look at Cyprus. The market reacted positively to the plan to close down a major bank and have its creditors bear the costs."

Forcing private creditors to participate in bailing out faltering banks has, to be sure, triggered worries about the possible flight of capital from ailing countries. Bank customers and creditors could "relocate (their money) from the weak to the strongest institutions," says Uwe Burkert, head of credit analysis at the Landesbank Baden-Württemberg, a publicly owned regional bank based in the southwestern German state.

However, the financial markets have so far reacted to the conditions set for bailing out Cypriot banks with surprising calm. Indeed, ever since July 2012, when European Central Bank President Mario Draghi pledged that the EU's central bank would "do whatever it takes to preserve the euro," the situation in economically troubled euro-zone countries has stabilized considerably.

If this calm persists, there is nothing to block the implementation of Dijsselbloem's plans. Indeed, even the European Commission backs them in principle. As early as last June, Internal Market Commissioner Michel Barnier presented the initial draft of an EU directive on bank liquidation. The draft envisions forcing private investors to bear more of the costs when banks run into trouble. However, Hau, the finance expert at the University of Geneva, criticizes the plan for not clearly specifying exactly which investors will be compelled to participate and in which order.

Precisely this issue is currently being discussed at the European Parliament. "We want to clearly strengthen the position of deposit customers," says Swedish European Parliament member Gunnar Hökmark. Under the proposal, deposits of up to €100,000 would be excluded from any loss participation at a bank. Likewise, any deposits over that amount would only get hit if the losses couldn't be fully covered by a bank's shareholders and other creditors.

But governments and parliamentarians are fighting fiercely over the fine print. Officials representing Finland, the Netherlands and Germany want to pull in the financial sector as quickly and comprehensively as possible. But highly indebted Southern European countries, as well as governments fearing for their domestic financial sectors, are stepping on the brakes.

Luxembourg Finance Minister Luc Frieden, for example, has warned about the dangers of following the Cyprus model of making people with deposits greater than €100,000 help pay for bailouts. "This will lead to a situation in which investors invest their money outside the euro zone," he said. "In this difficult situation, we need to avoid anything that will lead to instability and destroy the trust of savers."

Despite major opposition, backers of Dijsselbloem's strategy believe their chances are improving. This has prompted Carsten Schneider, the budget policy expert for the opposition center-left Social Democrats in Berlin, to call for implementing the rules for winding down banks by 2014 rather than the currently planned 2018. "Societal and political acceptance is ending for the model of bank rescues in which the state protects bondholders and major investors," he says.

Dombret, the Bundesbank board member, likewise believes it would be sensible to push up the introduction of the new rules to 2015. Norbert Berthle, the parliamentary budget expert for Chancellor Merkel's conservatives, acknowledges that, "we first have to pull shareholders and creditors into a bank's rescue."

In the end, however, one must conclude that, while Dijsselbloem's proposal may have been correct, it won't make it easier for EU leaders to resolve the euro debt crisis. On the one hand, the debate is urgently needed to put an end to the banking sector's business principle holding that profits should be privately enjoyed while losses are borne publicly. On the other, the issue threatens to spark new conflicts within the euro zone. Indeed, the dispute over Europe's banking system could soon become just as bitter as that between Northern and Southern Europe.

Either way, Dijsselbloem is determined to wage the battle. Though he has said that he no longer thinks the Cyprus bailout is a good model, he still intends to hold firm to the crux of his approach.

"Now that the situation is more calm and the financial markets seem to have become more steady and easier, we should start pushing back the risks," Dijsselbloem said in an interview with the Financial Times and Reuters last week. "Taking the risk from the financial sector and taking it on to public shoulders is not the right approach."

7 Bilder Photo Gallery: The EU's Changing Approach to the Crisis 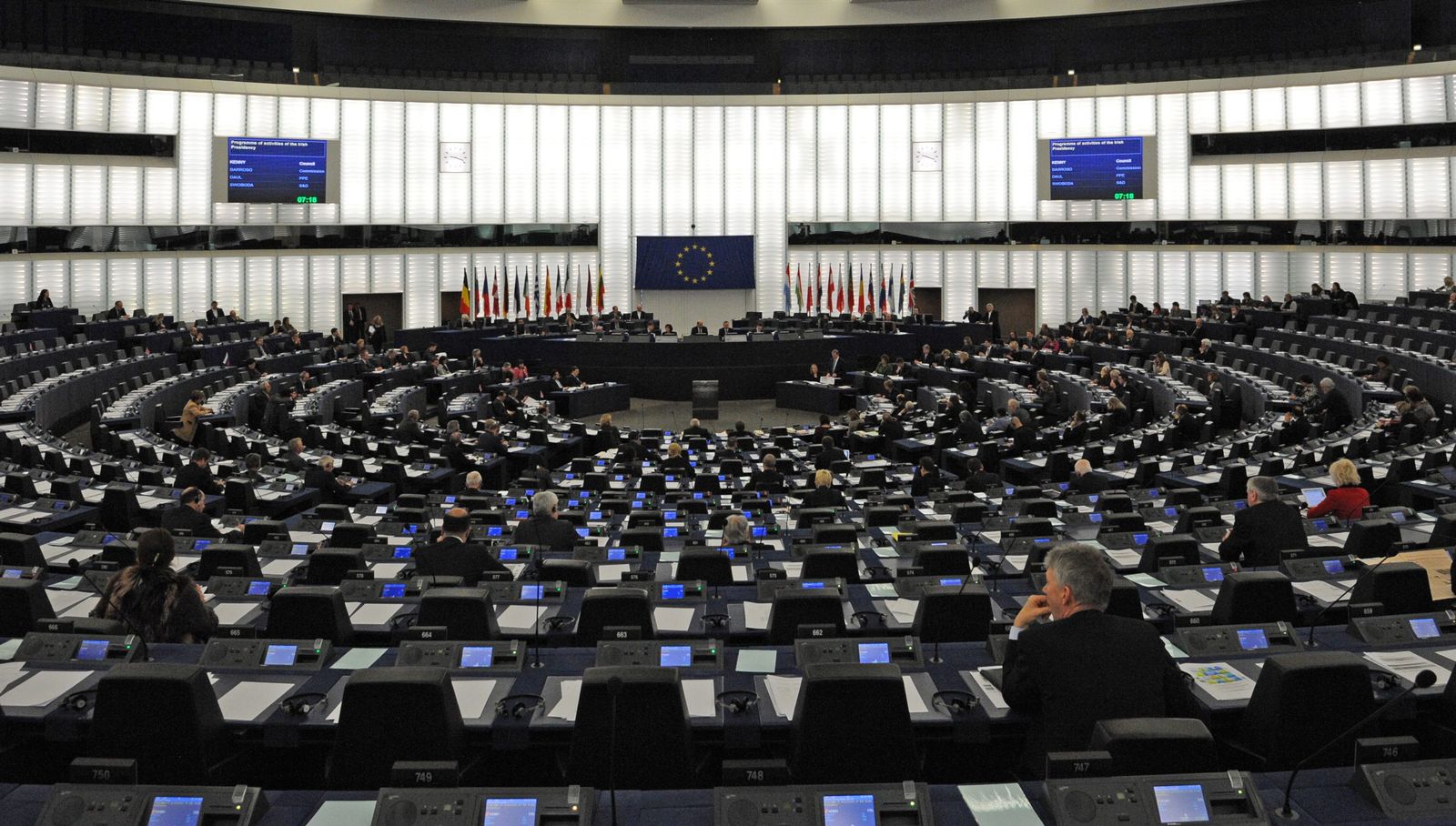 The European Parliament is currently trying to come up with rules specifying exactly which investors will be compelled to participate and in which order.