Cypriot lawmakers, it became clear on Tuesday, are not fans of the plan to impose a one-time levy on depositors in the country's banks as part of the euro-zone bailout plan. In the run-up to the vote, it has become apparent just how deep the skepticism runs.

According to information obtained by the German news agency DPA, not a single lawmaker is now willing to support the levy. Citing sources within DISY, the party of Cypriot President Nikos Anastasiades, DPA reported that 36 of 56 parliamentarians intended to vote against the package with the 20 lawmakers from DISY intending to abstain.

The report comes after a day of speculation that the vote would fail, throwing the Cypriot bailout into doubt. On Monday evening, Anastasiades had informed German Chancellor Angela Merkel and European Economic and Currency Affairs Commissioner Olli Rehn that the law would likely be rejected.

The European Union wants to force customers of Cypriot banks to participate in the country's multibillion euro bailout. The one-time levy, which is expected to raise around €5.8 billion ($7.5 billion), is the precondition being set for additional aid of around €10 billlion that would come from the permanent euro rescue fund, the European Stability Mechanism (ESM).

The Cypriot parliament is expected to convene on Tuesday afternoon at 5 p.m. Exactly when the final vote will be held is unclear.

The deal over the weekend to levy all depositors, including the middle and working classes, at Cypriot banks led to massive international criticism in Europe on Monday and also unsettled markets over fears the move could lead to a run on banks in other crisis-plagued European countries, where depositors might worry the same could happen to them.

Under the deal reached in Brussels over the weekend on the long disputed bailout for Cyprus, all those who have deposited money in Cypriot banks would be forced to pay a one-time levy -- regardless whether they are Cypriots, Greeks, Britons, Russians or other nationals, and regardless whether they have €1,000 in their account or €10 million. It would even include pensioners who had put their savings in a Cypriot bank, a move many believe violates the core principles of Europe's cradle-to-grave social welfare system.

The plans also envision the richest customers at Cypriot banks paying a significantly higher contribution, a provision that is expected to hit Russian oligarchs who have parked their money -- or, laundered it, as critics allege -- in Cyprus. Now concerns have emerged that a large number of foreign investors and depositors will withdraw their money from the country en masse. Critics warn this would devastate Cyprus as a financial center and also threaten the country's entire economy.

Still, the EU is insisting that Cypriot bank customers be required to participate in the bailout. A bailout package of €10 billion alone already represents 60 percent of Cyprus's annual gross domestic product. Even without the EU aid package, the country's debt ratio is expected to reach 93 percent of GDP this year. The bailout loans will now further increase that figure. If Cyprus were to be given the €17 billion it had originally requested, the country's debt ratio would exceed the amount that EU officials consider to be sustainable.

On Monday night, EU finance ministers agreed to greater flexibility in how Cyprus implements the tax. Following Monday's tumult over applying the levy to small-scale savers, the finance ministers have recommended that it not be applied to any bank customers with less than €100,000 in their accounts, the amount covered by EU deposit guarantees. But they are also calling for a stiffer levy to be applied to depositors with sums greater than that amount in their accounts.

On Tuesday, the government in Nicosia came forward with its own new proposed plan, under the terms of which:

It appears the Cypriot government has decided to also impose the one-time levy on accounts with funds of €20,000 to €100,000 in order to prevent the flight of capital from the island nation's richest investors, a development that could inflict serious damage on Cyprus' economy. Previous reports suggested that the richest might be hit with a levy as high as 15.6 percent.

Still, even the current proposal has central bankers nervous. Officials at the Cypriot central bank are still fearing a massive capital flight. Central bank head Panicos Demetriades said he expects that at least 10 percent of deposits will be transferred abroad during the first few days after the banks reopen. That has the potential to significantly worsen the country's economic crisis. Demetriades also warned the government would fall short of its needs. "We will take in less than €5.8 billion," Demetriades told a parliamentary committee according to news agency Reuters, because the draft bill on deposits does not compensate for the lost revenue by raising it for those who have deposits above €100,000.

"The worry about Cyprus is overdone, as the scenario is unlikely to spread to bigger euro-zone countries," said Lee Young-gon, an analyst at Hana Daetoo Securities in Seoul, South Korea, told Reuters. The analyst said it appeared that small-scale savers might be excluded from the levy and that Cyprus would still be able to succeed in raising its own portion of the bailout through other bank customers. The analyst said it was not likely that investors and depositors in other euro-zone countries would panic and make a run on their accounts.

Some financial experts also believe that concerns over Cyprus' future as a financial center are exaggerated. "At issue are fears the Cypriots have that their business model will be destroyed," Norbert Bathle, the budget policy point man in parliament for Germany's conservative Christian Democrats told a public radio broadcaster. But, he added, reform of Cyprus' financial sector is long overdue. A country's prosperity, he warned, cannot be built on low taxes and high interest rates for foreign investors.

Meanwhile, the head of the ESM rescue fund warned the government in Nicosia against watering down the bailout package. The country's disorderly default, "could at the current point in time bring the entire euro into danger," Klaus Regling told Germany's mass-circulation Bild newspaper. 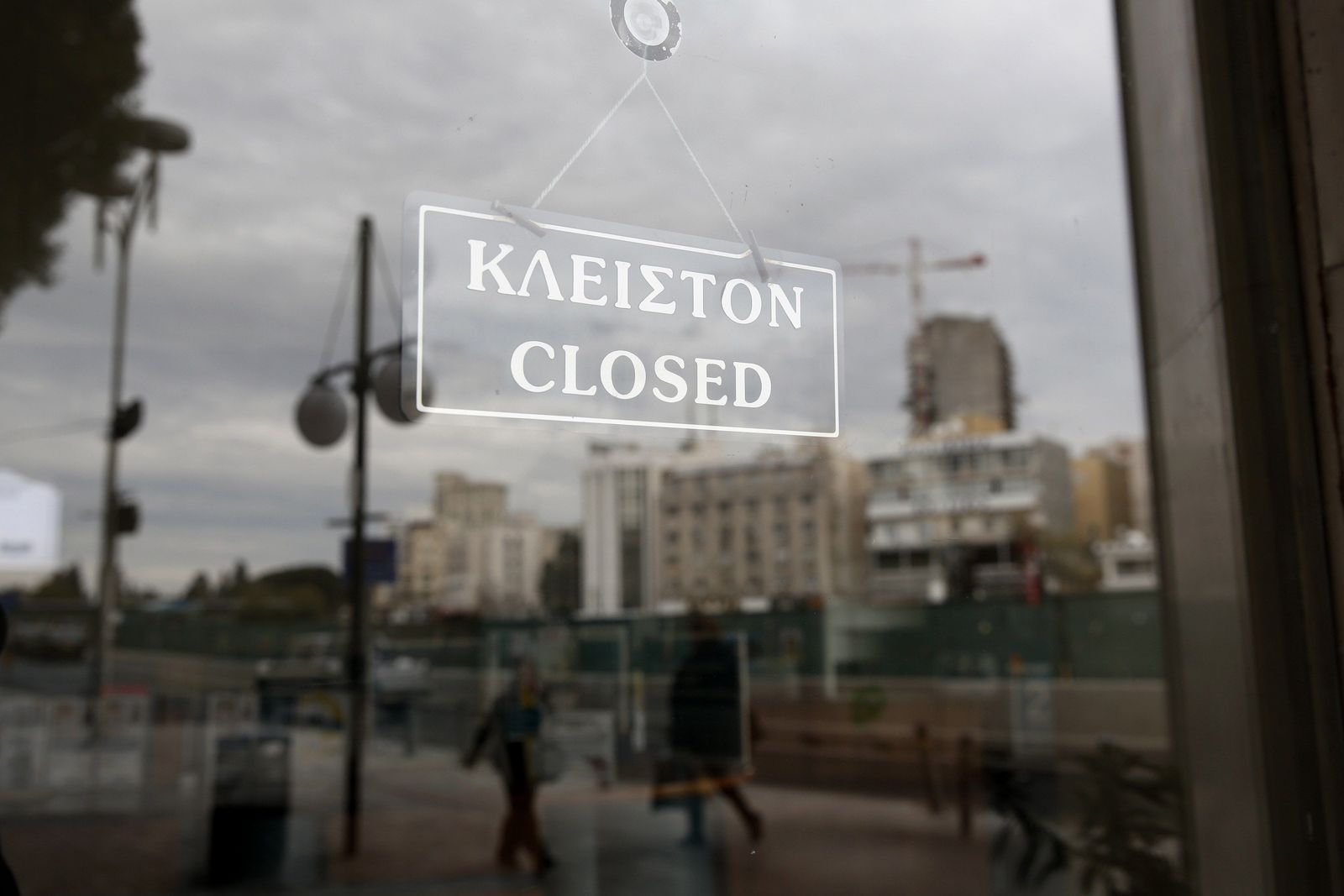 A "closed" sign hangs from the door of a branch of the Bank of Cyprus in Nicosia on Tuesday.