A new list containing the names of dozens of companies and individuals who allegedly emptied accounts worth hundreds of million of euros held at Laiki Bank -- just days before Nicosia enforced capital controls and a steep losses on holders of savings accounts -- are causing a political earthquake in Cyprus.

The latest revelations come just days after the publication of another list containing names of businesses and prominent Cypriot politicians who allegedly saw their loans generously written off by Cypriot banks.

The "war of the lists," as it is been labeled by local media, is raging. The new list published by Cypriot and Greek news media includes 132 names of companies and individuals who withdrew a total of €700 million in the days before the bank lock-down. The list contains names of shipping and energy companies, legal practices and even state-run companies.

The transfers were all made in the first half of March, just in the crucial period before the March 15 Euro Group crisis meeting on Cyprus. The online edition of Greece's top-selling Sunday newspaper Proto Thema argues that "there are legitimate suspicions that some people had insider information about the decisions eventually reached by the euro zone."

One of the companies on the list belongs to relatives of Cypriot President Nicos Anastasiades. The company is said to have transferred millions of euros out of Cyprus to a bank account in London.

The publication of the list comes just days after another media report was published revealing the cozy relationship between Cypriot politicians and the country's banks in recent years. Late last week, the Cypriot news website 24h.com.cy published a catalogue of initials of those who had allegedly seen loans generously written off by Cypriot banks. On Friday, the Greek investigative reporter Kostas Vaxevanis -- who was briefly imprisoned in 2012 for publishing the names of prominent Greek tax dodgers -- republished the catalogue complete with full names.

The report reveals that both Laiki and the Bank of Cyprus had generously forgiven millions of euros worth of loans taken out by parliamentarians, municipal authorities and companies in recent years. Among the beneficiaries are prominent members of all political parties in the country, with many seeing well over €100,000 in debt wiped off the books. Some debts worth over €1 million were written off.

But it is the more recent list of those who allegedly managed to move their money out of the country that has increased pressure on President Anastasiades. A report originally published by Cypriot newspaper Haravgi, affiliated with the country's communist AKEL party, indicates that a company owned by the father of the president's son-in-law, removed deposits worth €21 million from Laiki Bank on March 12 and 13. Half of the sum was then transferred to London and half to the Bank of Cyprus, which was considered safer at the time, according to the newspaper.

Just two days later, the Euro Group agreed on a plan to impose one-time levies on holders of savings accounts with Cypriot banks. The country's financial institutions then remained closed for almost two weeks before reopening last Thursday with strict capital controls in place to prevent a bank-run. Uninsured depositors of Laiki Bank, the country's largest lender, as well as those holding accounts with the Bank of Cyprus, are in danger of losing up to 60 percent of deposits in excess of €100,000.

'Much Work to Do'

President Anastasiades vehemently denies accusations of having passed along information from the euro-zone negotiations. In a written statement, he claimed that the story is an attempt "to distract people from the responsibilities borne by the culprits that bankrupted Cyprus." Talking to reporters on Sunday, he again rejected the accusations: "I neither knew (about the details of the bank levy) in advance (of the meeting) nor would it have been possible to be engaging in battle with the Euro Group until the early hours of Saturday and passing out inside information at the same time."

The company also denies any wrongdoing, arguing that the money transfers were made for business reasons and that the company still maintained millions of euros in accounts in Cyprus.

But even supporters of the president are concerned about the accusations and are demanding more information. In a Monday commentary, conservative Cypriot newspaper Fileleftheros writes that "as ordinary Cypriots line up outside soup kitchens and swallow their pride, having no other choice but to become beggars, everyone, particularly the political leadership of the country, must prove they are beyond reproach." It said that the explanations thus far provided by Anastasiades and the company in question are "not satisfactory."

The issue is to be examined by a special committee appointed by the government to shed light on the events that bankrupted Cyprus. The committee, consisting of high-ranking judges, will be sworn in on Tuesday. President Anastasiades has pledged he will not exempt himself from the investigation. Cypriot state prosecutors have also said they will examine the accusations. "There is much work to do," a spokesperson said on Sunday. 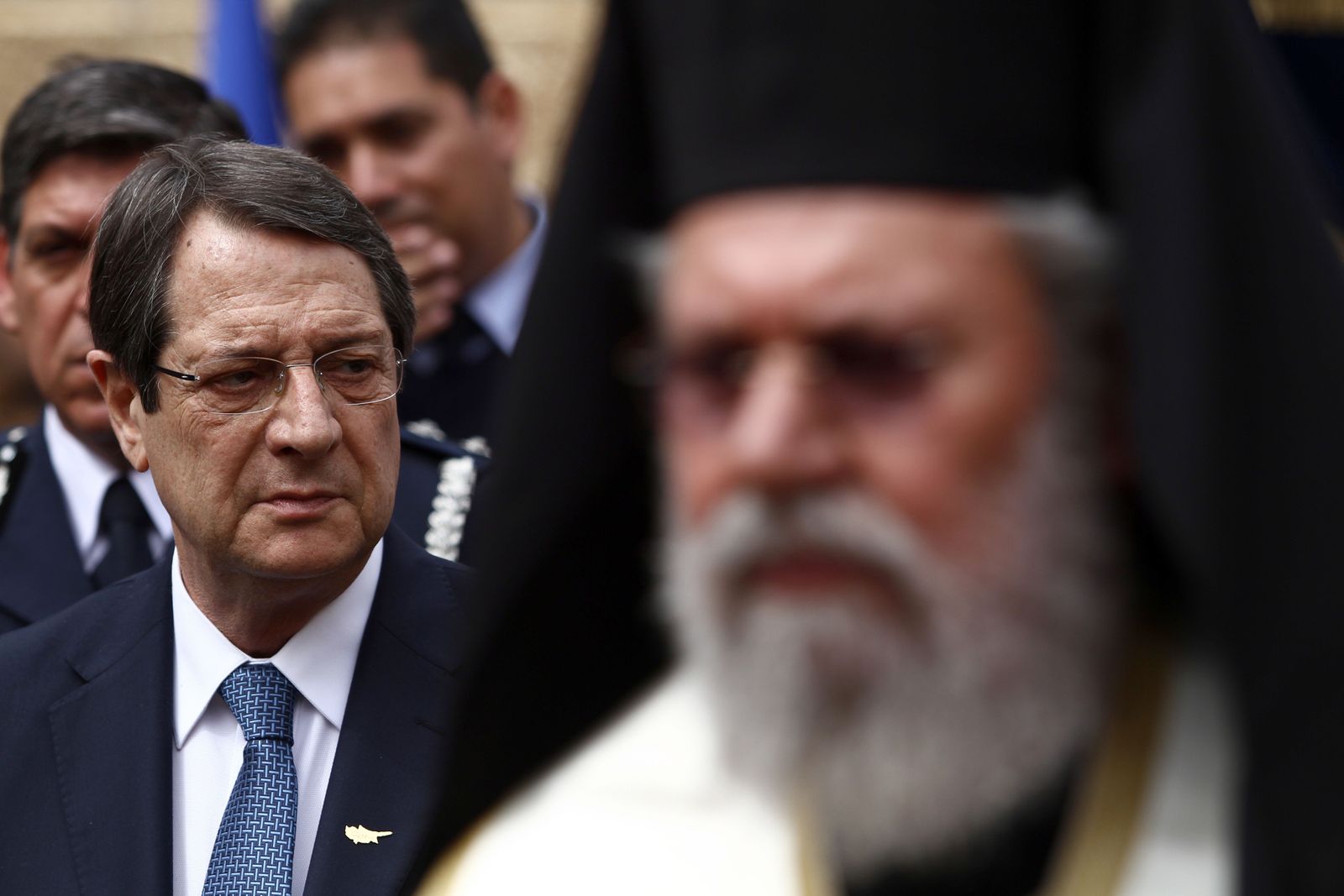 Cypriot President Nicos Anastasiades has denied that he gave out insider information during bailout negotiations.