In the end, despite all his pleading, threats and horsetrading, Cypriot President Nicos Anastasiades had no option but to bow to the terms of international lenders. Early on Monday morning, the Euro Group of euro-zone finance ministers agreed a bailout of €10 billion ($13 billion) for the tiny Mediterranean island. In return, the Cypriot government agreed to radically scale down its oversized banking sector. Bank customers with deposits of over €100,000, including wealthy Russians who had deposited funds in Cyprus, will lose a large part of their assets.

Anastasiades caved in after days of resistance. "We have a deal that is in the interest of the Cypriot people and the EU," the conservative politician said after the meeting in Brussels. His finance minister, Michalis Sarris, said the agreement would prevent a disastrous exit from the euro zone.

The other 16 euro finance ministers breathed a sigh of relief that the cliffhanger was finally over. "We have a better solution than that reached last week," said Euro Group Chief Jeroen Dijsselbloem.

German Finance Minister Wolfgang Schäuble said: "This is bitter for Cyprus, but we now have the result that the (German) government always stood up for."

Laiki Bank to Be Wound Down

The new bailout deal focused on the island's two insolvent major banks. It will wind down the largely state-owned Popular Bank of Cyprus, also known as Laiki, and shift deposits below €100,000 to the Bank of Cyprus.

Deposits above €100,000 euros in both banks, which are not guaranteed under EU law, will be frozen and used to resolve Laiki's debts and to recapitalise Bank of Cyprus through a deposit/equity conversion.

An initial agreement reached 10 days ago had provoked angry protests in Cyprus and was rejected by the country's parliament because it entailed a levy on all deposits. The plan also led to international criticism because it cast doubt on the EU's deposit guarantee for all assets up to €100,000.

The raid on uninsured Laiki depositors is expected to raise €4.2 billion, Dijsselbloem said.

It's not yet clear how high the losses for deposits exceeding €100,000 will be. That will be decided in the coming weeks by the Cypriot government and the troika of EU, European Central Bank and International Monetary Fund.

The final bailout terms are expected to be agreed by mid-April. Before that, the parliaments of Germany, Finland and the Netherlands will have to give their blessing. Nothing else can block it. The Cypriot parliament can't stop the deal because it has already approved a restructuring of the banks.

The agreement reached on Sunday night begs the question as to why they didn't come up with it in the first place. Dijsselbloem indirectly blamed the Cypriot government for the delay. He said the same deal had already been on the table last week, but that no agreement had been reached on it then.

Anastasiades had wanted to spare wealthy foreign bank customers in the hope of rescuing the country's status as an international financial center.

Now it's clear that the banking center will shrink to normal EU standards. European leaders -- and especially the German government -- have got what they wanted. But they have no reason to be proud. The initial assault on small savers has done lasting damage to confidence in Europe's crisis management. On Monday, Dijsselbloem was repeatedly asked whether he would concede that the EU had made a mistake with the initial bailout agreement. He evaded the questions.

Cypriots faces a bleak future. It will block potential capital flight in coming weeks by imposing strict controls on money transfers. But the country is bound to plunge into a deep recession. "The near future will be very difficult for Cyprus," said European Monetary Affairs Commissioner Olli Rehn. He said the European Commission would help Cyprus to absorb the economic shock.

The country's long-term debt sustainabily is by no means assured either. IMF managing director Christine Lagarde said the bailout should ensure that Cypriot government debt would amount to "around 100 percent" of GDP by 2020. But experience with other nations hit by the euro crisis shows that such forecasts can quickly start wobbling. 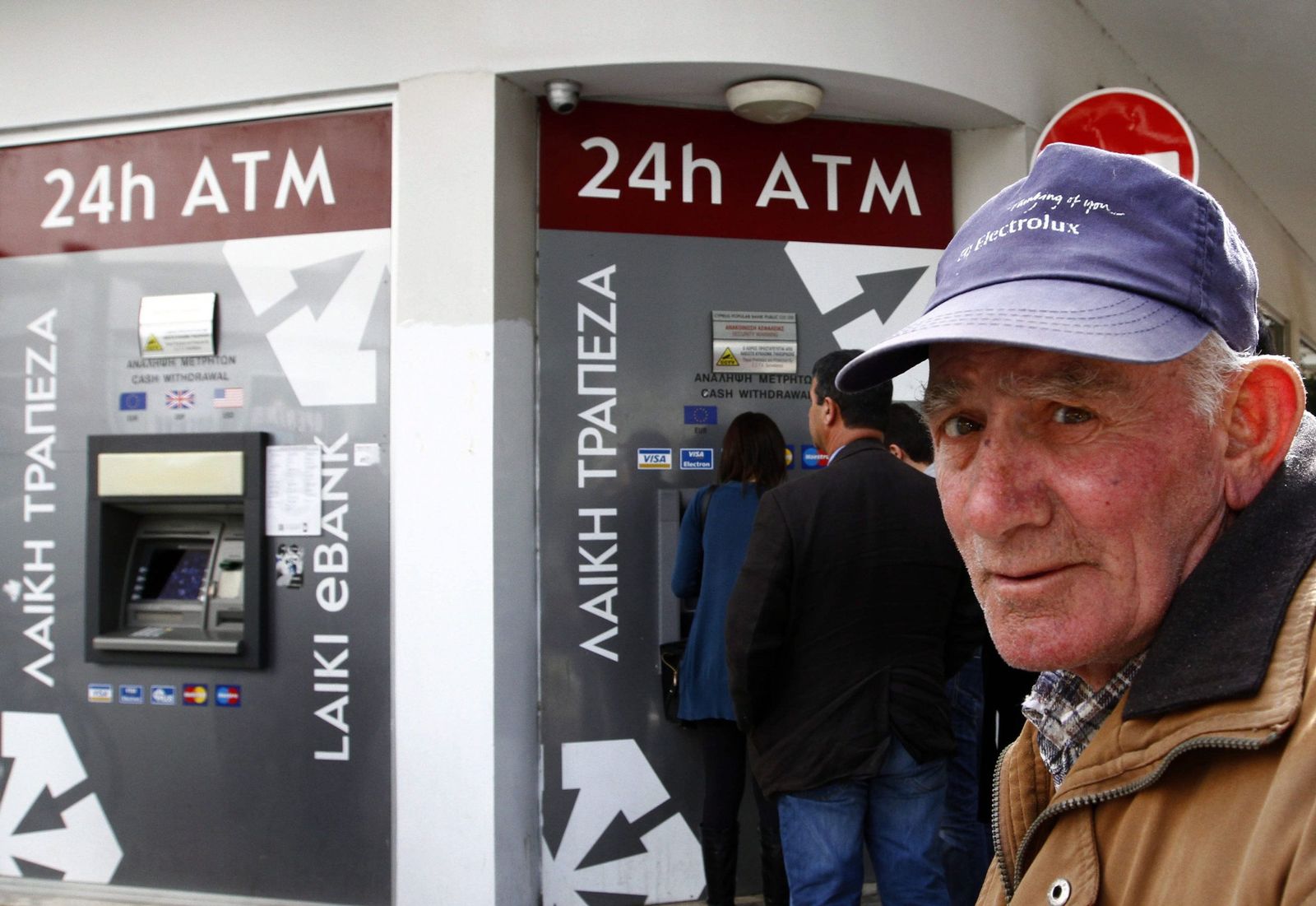