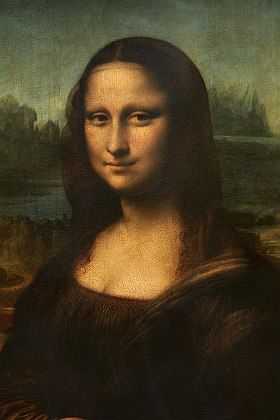 The enigmatic smiling woman painted by Leonardo da Vinci in the sixteenth century has for long been known simply as the "Mona Lisa." But her true identity was a mystery, providing fodder for countless theories. Now a manuscript hidden away in a German library may have unlocked the key to her real name.

Heidelberg University library confirmed last Friday a German radio report that its researchers had discovered the true identity of the model in the famous 16th century portrait. She was Lisa Gherardini, the wife of a wealthy Florentine merchant, Franceso del Giocondo.

The director of the university library, Veit Probst, said the mystery was unravelled after a book was found in the library archive that once belonged to a friend of da Vinci. In October of 1503 the Florentine official Agostino Vespuccui wrote a note in the margins of one page, saying that his friend was working on three paintings, one of them a portrait of Lisa del Giocondo. The note, scribbled into a collection of letters by the Roman orator Cicero, compares the Florentine painter and sculptor to the ancient Greek artist Apelles.

The note confirming that the painting's subject was Lisa Gherardini, the wife of Francesco del Giocondo.

The fact that the painting has long been known as "La Gioconda" would seem to support the Heidelberg academic's theory. In 1550, art historian Giorgio Vasari had already linked her name with the painting, which hangs in the Louvre in Paris. However, there were doubts about his reliability, particularly as he was writing 50 years after it was painted. Theories about her true identity have flourished, ranging from it being a self-portrait in drag, to a picture of da Vinci's mother or even his lover.

Probst is planning to publish an essay in three weeks in which he will lay out the full proof for his assertion. But if the mystery of the Mona Lisa is about to be cleared up, there may still be another puzzle to unravel. Who exactly discovered the note?

The initial media reports gave credit to Probst himself. However, on Monday the library announced it was unearthed over two years ago by another researcher and his findings were even printed in a university library catalogue. In a statement the library said: "All doubts about the identity of the Mona Lisa have been eliminated by a discovery by Dr. Armin Schlechter," a manuscript expert at the library.