The crash of Air France flight 447 in the Atlantic Ocean on June 1 claimed 228 lives and caused a public relations disaster for the French airline. Now new information is raising disturbing questions about the airline's safety record. 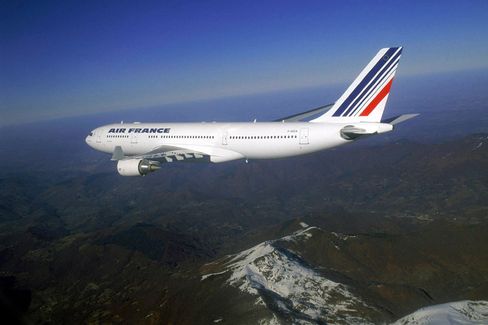 SPIEGEL has learned of secret aviation industry calculations which conclude that Air France's Airbus fleet has an aircraft loss rate of 1.26 per 1 million flights, That is four times higher than other airlines' average (0.3 losses per million flights).

The new figures coincide with a debate in France about whether the crash of the Airbus A330, flying from Rio de Janeiro to Paris in which all 228 people aboard were killed, resulted in part from reckless behavior by the pilots.

In an interview with Le Figaro, Air France CEO Pierre-Henri Gourgeon countered speculation that the pilots had headed straight into a thunderstorm because they wanted to save fuel or to avoid a delay.

An internal report from 2006, which has been obtained by SPIEGEL, had complained about a deficient culture of safety at the airline. The report said the company lacked "a clear and objective view of performance in the area of flight safety."

According to the report, eight out of 10 accidents or incidents at Air France resulted from human factors -- such as a lack of attention, poor decision-making processes and mistakes in co-operation between pilot and co-pilot.

It added that an analysis of incidents with A330/340 models indicated that pilots show "a certain degree of overconfidence or even complacency." Air France says it has rectified all shortcomings since the report was presented in June 2006.

The airline responded to the safety statistics by quoting figures from the International Air Transport Association (IATA) which include all of Air France's aircraft types. These statistics show an average safety record for the company even after the recent accident, an Air France spokesperson pointed out.

Jean-Cyril Spinetta, chairman of the Air France/KLM group, conceded at a shareholder meeting last week that the airline had a poor safety record. "We must find out how that could have happened," he said.