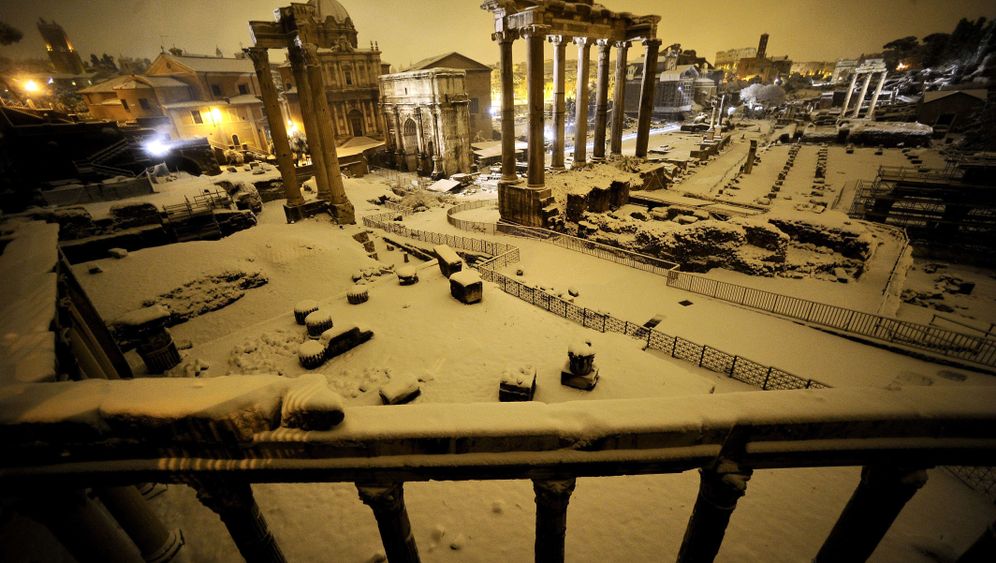 The vicious cold snap which has held Europe in its icy grip for over a week refuses to relent. Ice and snow across northern, eastern and southeastern Europe have left scores of people dead, sent many more to the hospital with hypothermia, created traffic havoc and even left several villages in Bosnia completely cut off from the outside world.

Ukraine has been particularly hard hit, with the country's Ministry of Emergencies announcing this week that the death toll had reached 135 people amid temperatures as low as minus 33 degrees Celsius (minus 27 degrees Fahrenheit). The cold has been deadly in neighboring Poland as well with officials saying 9 people died there over the weekend. Russia has reported 64 deaths in recent days. Deaths have also been reported in other countries across the region, including several in Germany.

Temperatures are expected to warm slightly throughout this week, but many now fear that floods could result. Already, Greece and Bulgaria have been hit by high water from the melting snow. On Monday, a dam burst in Bulgaria, causing a wall of water that inundated the village of Bisser, killing eight people.

With snow having stopped for now in the Balkans, officials are trying to clear 20 kilometers of snow-covered roadways to access several remote villages in Bosnia that have been completely cut off. In the meantime, helicopters are being used to ferry out those needing medical attention and fly in supplies.

Anticipation in the Netherlands

Still, despite the difficulties the cold and snowy weather have caused, people across Europe have also been making the best of it -- particularly in parts of southern Europe where snow is a rare sight. Snowboarders have hit the (tiny) hill in front of the Coliseum in Rome, children in Croatia have enjoyed playing in the rare white stuff and in Sarajevo, which saw a meter (three feet) of snow fall on Saturday, some residents have begun competing to perform the most artistic jumps into snow drifts from second floor balconies.

In the Netherlands, meanwhile, the greatest fun might be yet to come. The long period of below freezing weather has raised hopes that the famed Elfstedentocht, the 200 kilometer (125 mile) speed skating race through 11 towns, can be staged for the first time since 1997. The race was first held in 1909 and has only been held a total of 15 times due to the infrequency with which the entire course freezes over sufficiently.

On Monday and Tuesday, locals have been doing what they can to help the ice reach the required thickness. With organizers warning that snow cover slows ice growth, hundreds of volunteers poured onto the course to shovel away the white stuff, some travelling from Amsterdam more than 100 kilometers away.

"They're sweeping and shoveling, trying to get everything ready as soon as possible," race organizer Auke Hylkema told the Associated Press on Tuesday. "We want to get everything cleared today so that when it freezes, every degree (below freezing) will help strengthen the ice."