The German government is finally taking decisive action, drawing the consequences from the financial crisis, regulating the markets and taming the speculators. So, everything should turn out well in the end.

Everything? In fact, nothing will turn out well, because the measures that have been decided or announced are not consistent enough, do not get to the root of the problem and are merely a diversionary tactic. Citizens are not supposed to notice yet the massive burdens they will face in the future. And besides, the Merkel administration is confusing the second financial crisis with the first one.

The ludicrous billions upon billions of euros being spent on the various rescue packages have driven government debt to astronomic heights. This deficit needs to be drastically reduced, but that isn't possible without truly painful cutbacks. When that happens, there will be an outcry throughout the country, and the public will ask themselves: Why exactly should it be us who pay the piper instead of those who are at fault?

Anxiety is growing and, along with it, dissatisfaction. That's why Chancellor Angela Merkel is suddenly advocating a tax on financial transactions, which she had only recently opposed. Suddenly the government is also banning speculative short selling, and it is demanding that hedge fund transactions be more transparent. None of this is wrong, and yet it is merely being done out of a sense of helplessness.

Detached From the Real Economy

It's been 20 months since the collapse of US investment bank Lehman Brothers brought global capitalism to the brink of disaster. A stunned world recognized that the financial markets had detached themselves from the real economy -- and had become a monster that can consume the whole world.

It is not difficult to conclude, based on this first financial crisis, that the market cannot be left to its own devices. It absolutely does not regulate itself, despite what the economics textbooks are still claiming today. In Germany, even the smallest business has to comply with elaborate rules. And the financial market, through which many billions of euros are moved every day, needs a fixed, manageable set of regulations.

The financial markets, with their excesses, pose the greatest danger to real, existing capitalism. The monster has to be tamed.

Anyone who wants to prevent a recurrence of the first financial crisis must ensure that the banks hold more equity capital and do not hide any risks off their balance sheets. Another option to consider is a strict separation of the traditional banking business from speculative transactions. And, of course, tighter scrutiny is needed.

It's possible that such measures will curb growth, as Josef Ackermann, the CEO of Deutsche Bank, warns. But that reduced growth could be more sustainable and the financial market more stable.

Governments Are Responsible for the Second Crisis

Now we are in part two of the crisis, it is unfolding in Europe, and the shock waves are traveling around the world once again. European governments are finally taking action. But what they have in mind, from the financial transaction tax to the restrictions on hedge funds can do nothing against the banking crisis, not to mention the euro crisis.

It is the governments themselves who are responsible for this second crisis, not bankers or speculators.

They have failed to place the common currency on a solid political and economic foundation. They have not transformed the monetary union into a powerful economic union. They tolerated the Greeks' deception and have run up their own enormous debts, which are now limiting their options.

There is only one way out of the euro crisis: The euro-zone countries must regain the confidence of the financial markets. But that is only possible if they clean up their budgets.

Only when deficits have declined significantly will the -- regulated -- financial markets regain stability. Only under these circumstances will large investors -- banks, insurance companies and pension funds -- start buying European treasury bonds again. They, and not the speculators, against whom the political world has declared war, are the ones that truly move the markets.

The crisis will not go away until the euro countries solve their own problems. Meanwhile, the monster can continue to grow and flourish. 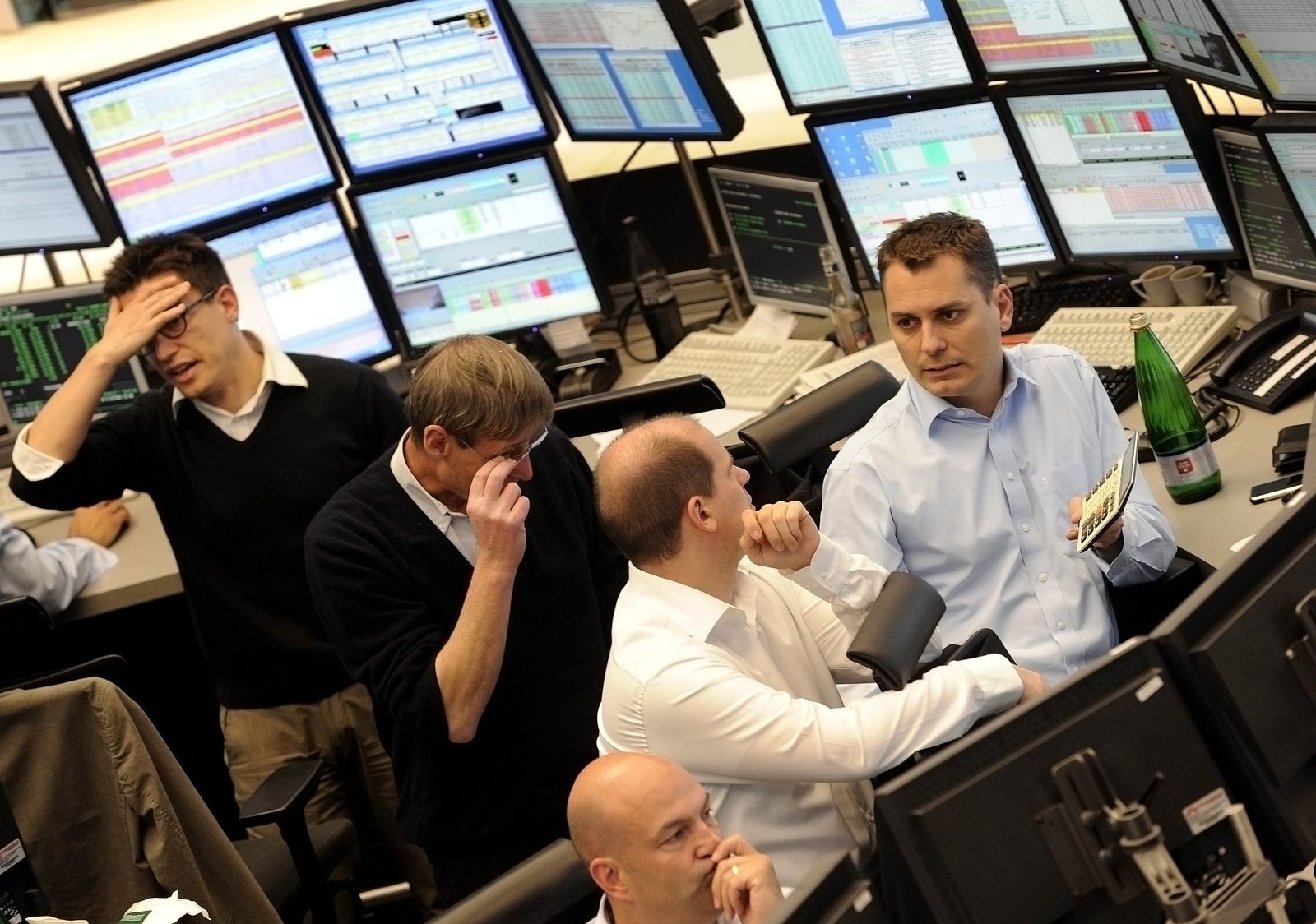 Traders working at the German stock exchange in Frankfurt am Main.