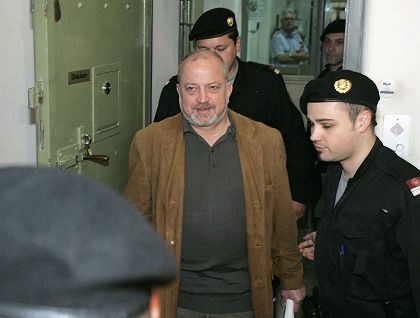 Helmut O. was sentenced to 20 years prison for attempted murder.

An Austrian innkeeper has been sentenced to 20 years prison for attempting to murder his local mayor with a chocolate candy laced with poison.

Helmut O. attached the chocolate, which contained a deadly dose of strychnine, to his victim's car's windshield wipers alongside a card that read: "You are someone very special to me." When the victim Hannes Hirtzberger, the mayor of the north Austrian town of Spitz, ate the cherry brandy praline the next day, he suddenly became ill and suffered a heart attack.

During the trial, prosecutor Friedrich Kutschera said the motive for the attempted murder had been delays in a planning application that the defendant had submitted. Helmut O. wanted his inn and its attached vineyard to be reclassified to allow construction on the site, so he could sell it or use it for a hotel project, Austrian newspaper Kurier reports on Wednesday.

Although Mayor Hitzberger had not opposed the application, he had demanded that certain conditions be fulfilled -- including asking Helmut O. to present a business plan. However, the defendant could or did not want to meet the conditions and, according to prosecutors, held the mayor responsible for the delays.

The deadly candy was delivered on April 8 and Hirtzberger ate it on his way to work the next day. He managed to pull to the side of the road and call for help after he suddenly fell ill. Although paramedics managed to revive him, he suffered serious brain damage and will require care for the rest of his life. According to his wife, Renate, her husband is in a kind of conscious coma.

Throughout the proceedings Helmut O. had maintained he was innocent of the allegations. Yet, DNA evidence massively incriminated him, German news agency DPA reports Wednesday. The defendant's genetic fingerprint was found on the inside of the deadly chocolate's wrapper, the court had heard.

And the case against him became more convincing after his sons testified that their father had asked them to spit into a marmelade jar after police had requested DNA samples from potential suspects in the area during their investigations.

Helmut O., aged 56, was found guilty by a court in the town of Krems in the early hours of Wednesday morning. His lawyer Nikolaus Rast immediately lodged an appeal.