Once upon a time, under the leadership of Margaret Thatcher, the Tories filled all of Europe with trepidation. French President François Mitterrand complained to his psychologist that he was plagued by nightmares caused by the British leader and German Chancellor Helmut Kohl, as unclassified British documents revealed in late 2016, once preferred to chow down on a cream pie in Salzburg than meet with the British prime minister.

Many in the UK thought a bit of fear was a good thing. Fear sounded like respect and influence -- and, more than anything, like good deals. But now, after two catastrophic elections in less than a year, that is over. Completely.

"The country looks ridiculous," the Financial Times -- not exactly a leftist mouthpiece -- wrote recently. Indeed, the party of Winston Churchill and Margaret Thatcher has turned into a gaggle of high rollers and unwitting clowns.

First came Boris Johnson, who vociferously supported Brexit last year to show his boss, Prime Minister David Cameron, what an outstanding orator he was even though he, Johnson, didn't really want Brexit. They both went all in, and the country lost.

And now we have Theresa May, who didn't really want Brexit either, but decided after last summer's referendum to throw her support behind leaving the European Union if it meant that she could become prime minister.

"The lady's not for turning," is one of the more famous quotes uttered by Margaret Thatcher. But her heirs currently leading the Tories are now turning so quickly that many observers aren't just getting dizzy. They are becoming nauseous.

Great Britain may be an island, but economically it is the most interconnected country in Europe: The financial center in London, the country's carmakers, what's left of British industry and even the country's infrastructure. France delivers electricity, water sanitation facilities in southern England belong to Germans and large airports such as Heathrow are owned by Spaniards. One quarter of the doctors who keep afloat the NHS -- Britain's comparatively deficient health care system -- come from the Continent.

The promise of Brexit was steeped in ideology from the very beginning, a fairy tale based on dark chauvinism. The Spanish Armada, Napoleon, Hitler and now the Polish plumbers who allegedly push down wages -- when in reality they ensured that, after decades of lukewarmly dripping showers, the country's bathrooms gradually returned to functionality. Brexit was never a particularly good idea. Now, following the most recent election, Brexit is defunct. That, at least, is what a member of Theresa May's cabinet intimated last weekend. "In practical terms, Brexit is dead," an unnamed minister told the Financial Times.

If she weren't so incompetently cool and calculating, one could almost pity Theresa May. Even as her supposed allies begin sharpening their knives at home, Brexit negotiations are set to begin in Brussels next week. And she also has to find time for a bit of begging at the door of a former party to the civil conflict in Northern Ireland known as the Troubles, the Democratic Unionist Party (DUP), so that she can have them sign a coalition agreement. Anything at all would be fine, as long as she can continue to govern.

It won't be a hard Brexit. The best case is a soft Brexit, which would mean that the UK could remain a part of the common market, but that the government would have to accept immigration from Europe and regulations from Brussels -- without having a vote in the EU. To paraphrase May, this would indeed be a bad deal, but still better than no deal at all -- the scenario she threatened when she still had a comfortable majority in the House of Commons.

Investors hate nothing more than uncertainty, but that is exactly what experts are predicting for Britain in the coming years. Uncertainty combined with stunted growth, less trade, higher taxes and worse national health care.

As things look now, last week's election was only the first wave of anger that is currently breaking over the country. The worse the times get, the more powerful it will become. And in a few years, it is almost certain that there will be a government interested in rejoining the EU. Which is possible, but the conditions offered are almost sure to be worse.

Correction: Due to an editing error, we initially identified the Democratic Unionist Party as the Ulster Unionist Party. We regret the mistake and have now corrected it. 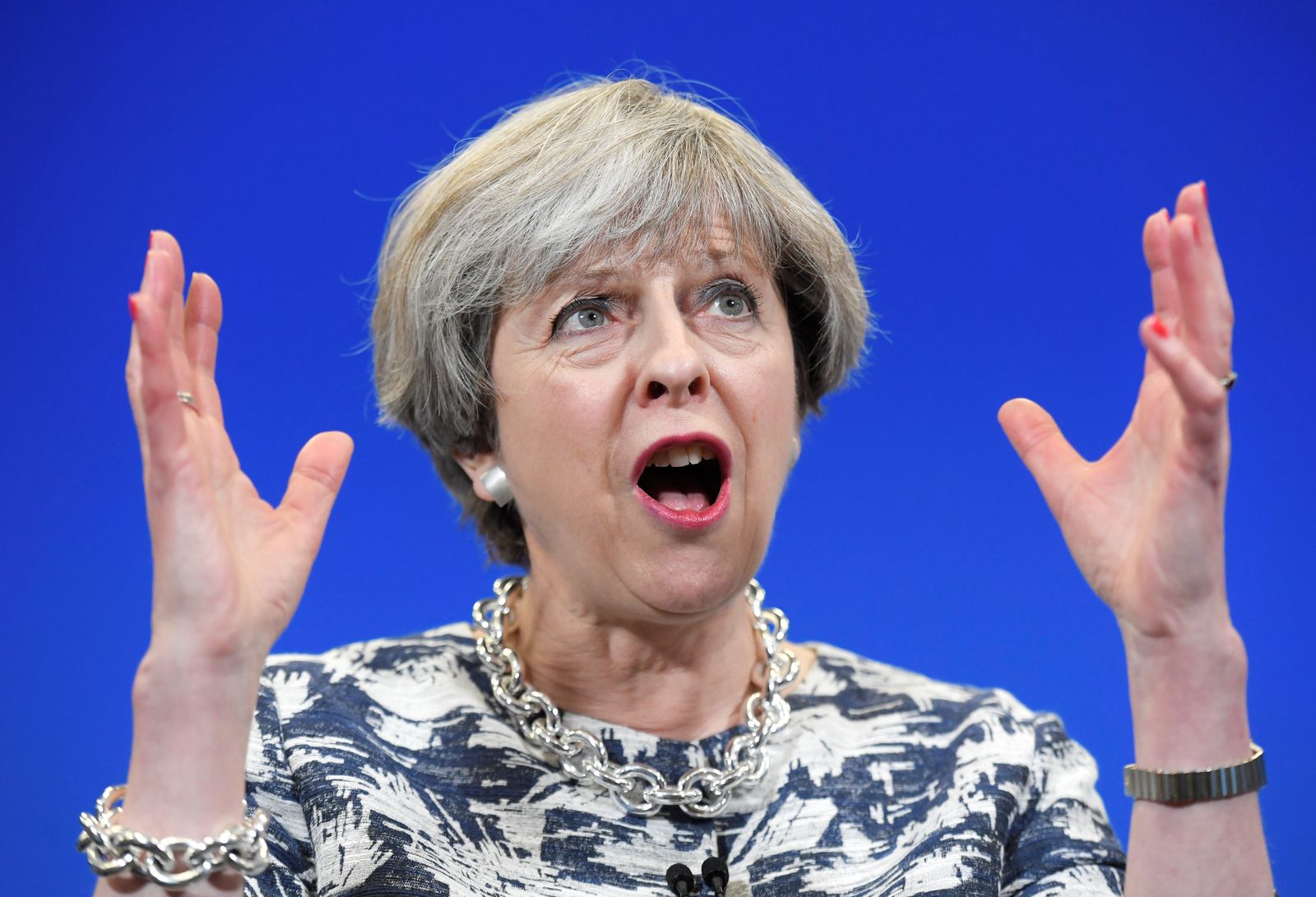