A panel of respected European economics experts are ringing the alarm bell this week over the euro crisis -- direly calling on all European leaders to move swiftly to deploy the most powerful tools available to halt the currency's downward spiral.

"We believe that as of July 2012, Europe is sleepwalking toward a disaster of incalculable proportions," the New York-based Institute for New Economic Thinking (INET) stated in a report warning leaders they need to move faster and more decisively to save the common currency. Otherwise it could very well disintegrate.

The study's publication on Tuesday couldn't be any timelier, given the recent dramatic developments in the euro crisis. Greece's recession is proving to be far worse than previously expected, it is getting tougher for Spain to raise money on the markets (on Tuesday, interest rates on 10-year Spanish bonds rose to an unsustainable 7.6 percent) and Germany's top triple-A rating is also at risk.

In recent weeks, the situation in the more highly indebted euro-zone states has intensified dramatically, write the experts, who include Peter Bofinger and Lars Feld of Germany. As members of the Council of Economic Advisors, they are part of a respected panel that advises the German government on such issues. The study's authors also include Beatrice Weder di Mauro, a former member of the panel who recently left to work for Switzerland's UBS bank. The experts wrote that the crisis is the result of flawed design, construction and implementation of the finance and currency system. In order to rescue it, the economists are calling for a radical restructuring. "The sense of a never-ending crisis, with one domino falling after another, must be reversed," they wrote.

Among other proposals, the economists are calling for:

The economists write further that the restructuring "does not mean that the costs of the crisis should be socialized across euro-zone citizens: systemic failure does not absolve from responsibility inviduals, banks and supervisors who took or oversaw imprudent lending and borrowing decisions."

It does, however, "mean that the extent to which markets are currently meting out punishment against specific countries may be a poor reflection of national responsibility, and that a successful crisis response must be collective and embody some burden sharing across countries. Absent this collective constructive response, the euro will disintegrate," they warn.

But the report's authors also stress that the structural reforms they recommend "would be sufficient to put the euro zone on a firm footing" only if they are accompanied by the reduction of national deficits and if countries also restore their competitiveness.

The head of the influential Organization for Economic Cooperation and Development (OECD) offered support on Tuesday for one key aspect of the proposal. OECD Secretary General Angel Gurria told Bloomberg TV that the ECB should reactivate its government bond-buying program "more decisively and with bigger numbers" as "you have to stabilize the yields." He said there was no reason why Italy and Spain should be paying yields of 7.5 percent. He also said a Spanish rescue would be "totally unnecessary" if Europe were to deploy all of its instruments, "but mostly the ECB. There is a bazooka."

Currently, the ECB is holding previous bond purchases in its books valuing a total of €211.5 billion ($256 billion). However, the ECB has put its bond-buying program on ice since mid-March. 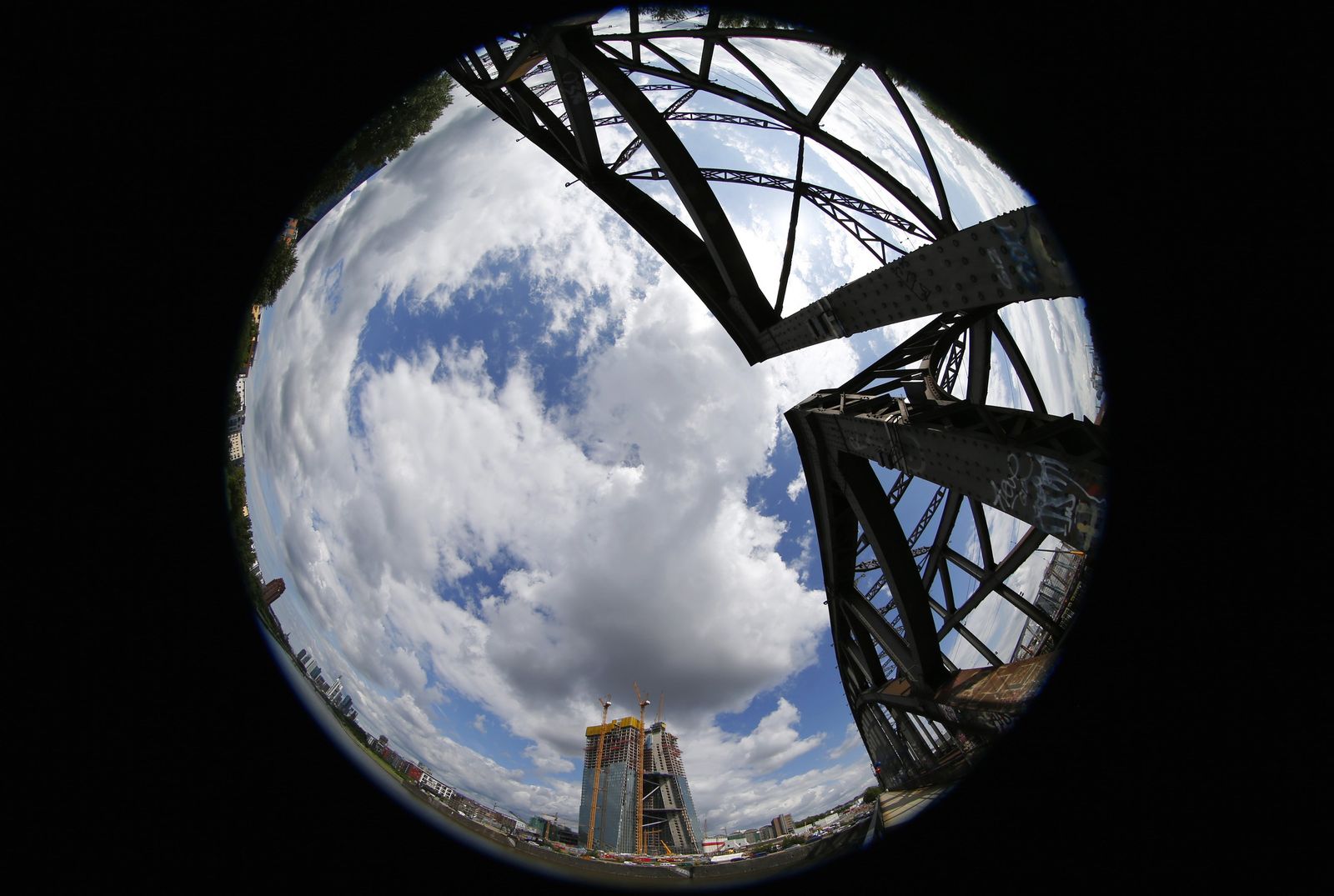 The construction site for the new European Central Bank headquarters in Frankfurt: While you're at it, economists are suggesting, you should build a new euro zone.