Italy is holding its breath. Will it manage to fend off the assault by speculators by taking decisive political action -- or will Rome suffer the same fate as Athens?

After a black Friday and a black Monday the nation initially seemed to be facing a black Tuesday. The market indices in Milan on Tuesday morning looked disastrous. The stock market fell by up to 5 percent in the first few hours of trading, after having sustained losses of 3.5 percent on Friday and 4 percent on Monday. The yield spread between Italian and German debt kept widening as well. Just a few weeks ago, the rate on Italian 10-year bonds was just two percentage points higher than comparable German paper. On Monday, the difference grew to three percent and on Tuesday it reached 3.5 percent.

This turmoil coincided with the auction on Tuesday of almost €7 billion worth of 12-month bills. If the sale had failed, or if it had even been undersubscribed, the markets may have panicked. But the whole issue found buyers, albeit at significantly higher interest rates. The gross yield on the bills rose to 3.67 percent from 2.15 percent at the previous auction in June.

The Milan bourse breathed a sigh of relief and was in positive territory for several hours -- but it is likely to remain a rollercoaster in the coming weeks. The country, its economy, banks, government and citizens have suddenly been subjected to a stress test that came completely out of the blue.

Economists interviewed on television on Tuesday kept on repeating the mantra that "Italy isn't Greece or Portugal," and "Italy's economic fundamentals aren't that bad."

And it's true: no real estate bubble has collapsed in the country, banks aren't battling enormous sums of toxic investments and new state debt is well below that of France, for example. Italy's unemployment rate is at 9 percent, miles away from Spain's 20 percent. The country -- the third-largest economy in the EU -- has a solid industry structure, mainly thanks to tens of thousands of small and mid-size businesses, which still earn billions each year through exports.

Nevertheless, Italian commentators, whether in left-wing journals or the conservative and financial press, have shown surprisingly little inclination toward passing the buck onto "the speculators." The staunchly left-wing daily Il Manifesto is dryly balanced. "Italy is paying for a double weakness, the political and the structural," it wrote. The conservative Corriere della Sera stands strong: "It doesn't help to get excited about international speculators. If we conduct ourselves seriously then we have nothing to fear. Unfortunately we have not been serious up until now. For that, the markets are paying."

The accusation about insufficient seriousness is, of course, directed mainly at Prime Minister Silvio Berlusconi, who is preoccupied with his scandals and legal battles. Just last Saturday, one of the companies he owns was sentenced to pay damages of some €560 million to a competing media company.

When he is forced to address political problems facing Italy, he is often not more destructive than constructive. When it came to a massive, €47 billion austerity package, Berlusconi attacked his finance minister, Guilio Tremonti, saying he was not a "team player." He then referred to "Tremonti's plan" as though he had had nothing to do with it.

Behind this lies Berlusconi's fear that further cuts would be unpopular. At the same time he knows full well that Tremonti is Italy's only guarantee for solidity, which says everything about the state of the government. "This worries me greatly, because the credibility of a country can't hang on a single man," economist Paolo Guerrieri said.

It is probably no coincidence that the speculative attack began on Friday in Italy. This week the Italian parliament begins debating the austerity package, which the ruling parties are expected to dilute considerably. The exercise will now probably be even easier, because Tremonti just took a hit -- he and one of his closest allies, parliamentarian Marco Milanese are under investigation for corruption. Milanese allegedly provided Tremonti with an apartment worth €8,000 per month for free.

A political leadership that lacks direction, a country that has fundamental growth problems: Italy has been stagnating for years. Since the global economic and financial crisis, the country has only been able to manage growth of a single percentage point annually. Just how it plans to pay off its debts, which are the equivalent of 120 percent of its gross domestic product, remains a mystery.

On Tuesday, though, the country's politicians managed to send a signal of determination -- led by the opposition. Italian President Giorgio Napolitano, himself from the leftist camp, had appealed to the opposition for "national resolve." And he quickly got what he wanted. All three opposition parties in parliament pledged not to stand in the way of the passage of a package of austerity measures within the next week. They won't vote in favor, but they vowed not to slow down the bill with a slew of amendment requests. Furthermore, even the final passage of a budget this Sunday is now seen as a possibility.

It is partly for this reason that the situation on the Milan stock exchange relaxed on Tuesday. Furthermore, the risk premium on Italian bonds dropped again and is now back to just three percentage points higher than the German benchmark. But the opposition also made it clear that they see this as Berlusconi's last battle. Massimo D'Alema, head of the leftist Democratic Party, said that once the austerity package is passed, Berlusconi should "go immediately" and make room for a new government aimed at improving the country's financial health.

And Berlusconi himself? Little had been heard from him for the last four days -- until Tuesday afternoon. His coalition, he said, is "unified and determined." He said he welcomed the conciliatory gestures from the opposition -- and said nothing at all about a possible resignation.

But in the end, his future lies more in the hands of the financial markets than it does with the Italian parliament. Any additional signs of investor distrust could signal the end of the road for Berlusconi. 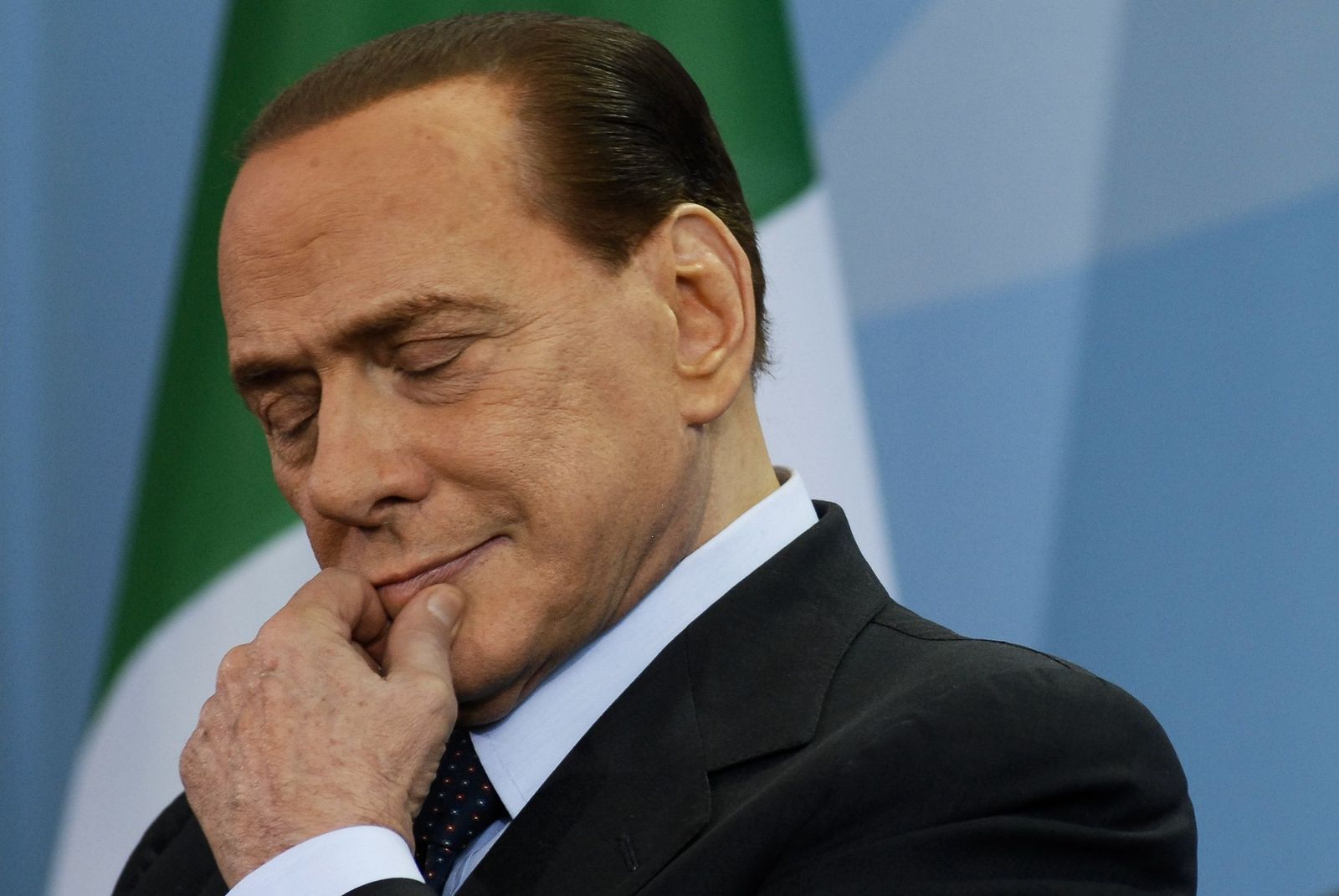 Italian Prime Minister Berlusconi -- facing the wrath of the markets.