SPIEGEL ONLINE: Almost 86 percent of private-sector investors have agreed to participate in the debt haircut for Greece. Is that a good sign?

Hau: It shows that there are still more than 10 percent who are freeloaders hoping to be fully remunerated. In part, they are speculators who bought the securities at very low prices on the market, at between 30 and 40 percent (of the nominal price), and are now betting on getting 100 percent back. They must be forced to take part (in the haircut).

SPIEGEL ONLINE: Is the debt haircut enough to free Greece from its worst burdens?

Hau: No. The agreed-upon debt haircut is insufficient. No matter what, there will be a second, proper bankruptcy. It will probably take another nine months to three years, but then there will be a really big crisis, both economically and politically. The problem has only been deferred. The next time it will only affect the taxpayers, though.

Hau: The banks have been stalling for time over the last one and a half years. They wanted to take as many interest payments with them as possible. Now they realize that time is running out and have thus changed their strategy. They are just trying to pass on as many debts as possible to the public sector. From their perspective, this is a smart move. But it will be a catastrophe for taxpayers in the end.

SPIEGEL ONLINE: Then it would have been smarter to have a comprehensive debt haircut that included all investors?

Hau: Of course. Greece's debts don't just need to be reduced to 120 percent of gross domestic product, as is now planned, but down to 60 percent. For that there needs to be a proper national default. Then there would be a completely different negotiating position. Every euro given to investors would be a gift.

SPIEGEL ONLINE: You predict that it will come to a "second" bankruptcy. Would Greece then be forced to leave the currency union?

Hau: There are widely differing views about which benefits Greece might gain from leaving the euro zone. Exports would indeed be cheaper, but the country doesn't have that many goods to export. Certainly the ratio of imports to exports must be balanced out. If exports don't increase, then imports simply must decrease. This means the Greeks must consume less.

SPIEGEL ONLINE: At the end of the 1990s, many Asian countries were stuck in a crisis similar to the one Europe faces today. Back then, the collapse had a healing effect. Today the countries involved have significantly fewer debts. Could the euro crisis also have such an effect in the long term?

Hau: A Greek bankruptcy would certainly have a healing effect. A precarious position like the one we now have just makes everything worse. Many banks in Greece are already broke, but are still handing out loans. They get the money from the central bank and then lend it to speculators. It's a period of dodgy dealings that will come at the expense of the European taxpayers in the end. Politicians are unbelievably naïve if they allow that to happen. 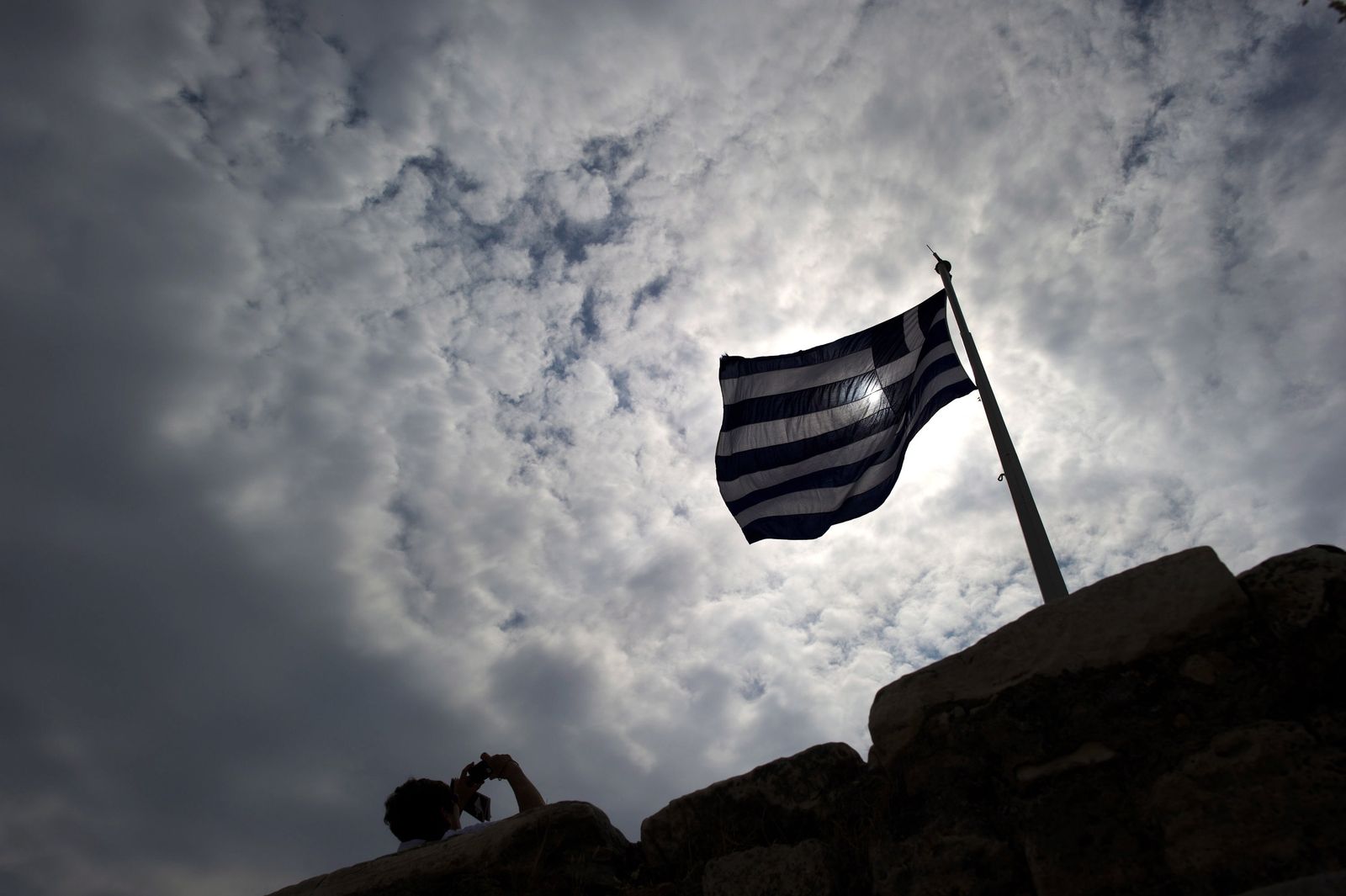 A Greek flag flies at the Acropolis in Athens. 'The banks have been stalling for time,' Hau says.