Credit rating agency Standard & Poor's warned on Monday that a proposal by French banks to roll over Greece's debt could be classified as a default, casting fresh doubts on plans to secure a bailout for the crisis-hit nation.

"It is our view that each of the two financing options described in the (French banks') proposal would likely amount to a default under our criteria," S&P said in a statement.

The rating agency is referring to the so-called Paris model under which banks, insurers and hedge funds would renew maturing Greek debt on different terms. German banks have agreed in principle to join the scheme.

The French proposal envisages that private creditors would reinvest 70 percent of the funds from maturing Greek bonds. 50 percent would be placed in new Greek bonds with 30-year maturities and the remaining 20 percent in bonds without running interest payments.

Under a second version of the plan, private investors would invest at least 90 percent of their expiring bonds in new five-year bonds.

According to S&P, both versions of the Paris model would lead to losses for creditors and the bonds affected would therefore probably be defined as default cases. That is precisely what EU governments are trying to avoid.

Greece's finances have been secured for the time being thanks to international government help. But a downgrade in Greek bonds to default status would further push up the interest rates on Greek debt, making it increasingly unlikely that Greece could go back to refinancing itself on capital markets.

It is also unclear how banks would react to the threatened downgrade. Even the European Central Bank has said it would no longer accept such renewed bonds as collateral. It would therefore become even more difficult for Greek banks to borrow fresh funds from the ECB.

Warning on Implementation of Reforms

S&P's announcement shows that the Greek debt crisis has not been overcome yet, despite the most recent austerity package and pledges of aid. The Greek parliament last week agreed a new austerity program involving tax hikes and spending cuts. In return, the EU and International Monetary Fund provided a new tranche of financial aid. A second bailout package for Greece is to be agreed in the coming weeks.

Regardless of whether the Paris model is implemented, S&P also questioned Greece's ability to implement the reforms demanded by the EU and IMF. This was a major risk for the country's credit status, S&P said. The euro depreciated against the dollar after the report came out on Monday.

Allianz, Europe's biggest insurer, said it would contribute €300 million to the new Greek aid package. Allianz CEO Michael Diekmann said there was no alternative to supporting Greece. A Greek insolvency would have a bigger impact than the collapse of Lehman Brothers, he warned.

Many banks have declared themselves ready to help Greece, German business daily Financial Times Deutschland reported on Monday. Some 400 banks around the world plan to give voluntary help, the newspaper reported, citing the International Banking Association. 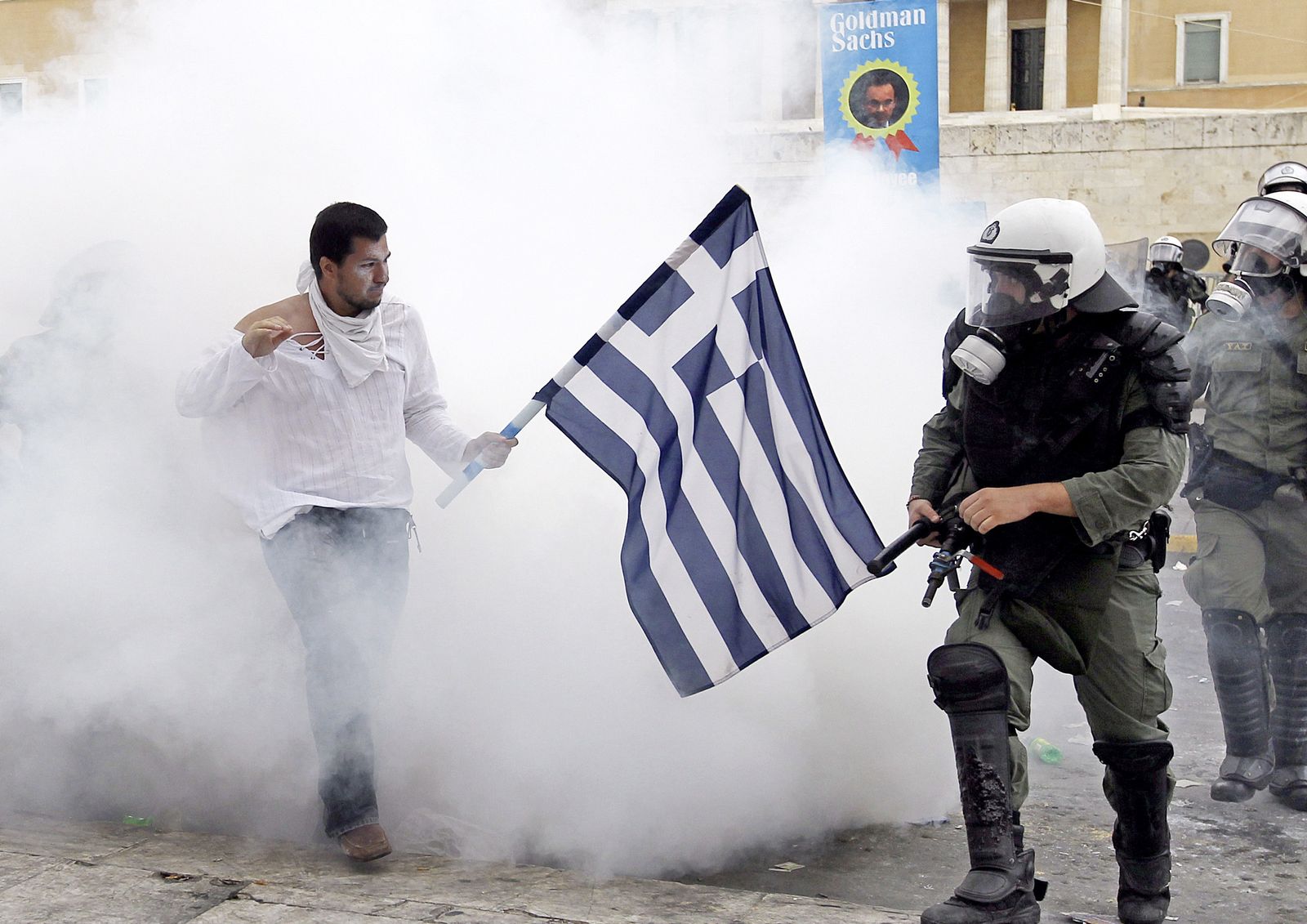