It is a trip they have taken many times before. But on Friday, the arrival of the so-called troika -- made up of the European Commission, the International Monetary Fund and the European Central Bank -- in Athens looks to be accompanied with slightly less pessimism than normal. After all, talks between Greece and its private-sector creditors on a significant reduction of Greek debt appear to be -- finally -- making some progress.

On Friday, Reuters reported that Greece had taken a significant step toward reaching an agreement, one which would result in real losses for banks holding Greek debt of between 65 and 70 percent, higher than the 50 percent originally envisioned. The agreement involves banks swapping the bonds they currently hold for new bonds that will have a 30 year maturity. Returns on those bonds will average around 4 percent, Reuters reports, citing a banking official close to the talks.

"The two sides are converging," the official told Reuters. A close confidant of Greek Finance Minister Evangelos Venizelos likewise indicated that a deal was close. "We are optimistic," the confidant told German news agency DPA. Reuters reported that final details of an agreement could be hammered out over the weekend.

The interest rate on the replacement bonds had been a significant sticking point in the talks until now. Last week, the banks, represented by the Institute of International Finance, had been demanding 5 percent while Greek Prime Minister Lucas Papademos was only willing to offer 3 percent. Reports throughout the week had indicated that the two sides had been inching closer together.

In addition, Greece's private creditors had been resisting attempts by Athens to push the debt haircut above the originally envisioned 50 percent mark. Indeed, on Thursday, the New York Times reported that some hedge funds were even considering suing Greece before the European Court of Human Rights over the debt reduction plan. Greece is hoping the debt write-down will be worth a total of €100 billion.

Hoping for a Quick Deal

Striking a deal with private-sector banks is an important step in efforts to finalize a second European Union aid package worth €130 billion for the debt-stricken country. And time is beginning to run short. Greece will need a fresh infusion of bailout cash by March, when €14.5 billion worth of bonds comes due. Because of the time it will take to iron out the details of any agreement reached, Greek leaders had been urging that a deal be made quickly.

EU leaders agreed in principle to the bailout package -- which comes on the heels of the €110 billion aid fund which was assembled in early 2010 -- last October. While a 50 percent debt haircut was a significant element of the second package, the EU has also demanded that Greece take significant steps toward solidifying its public finances and making progress toward austerity goals. The troika has made several visits to Athens in recent months to monitor progress. On Friday, troika inspectors held talks with Venizelos.

Worries that Athens may not be able to fulfil its part of the bailout deal have been growing in recent weeks. Not only was Greece unable to meet its 2011 target for budget deficit reduction, but the country had also shown signs that it was simply unable to implement austerity measures the government had previously passed.

In a Friday newspaper interview, European Economic and Monetary Affairs Commissioner Olli Rehn urged European Union politicians to pressure their Greek counterparts into making reforms. "The Greeks have achieved a lot," Rehn told the German daily Süddeutsche Zeitung. "The fact that they have had difficulty making progress is primarily the result of domestic politics. I think it is crucial that major European political parties maintain close contact to their political families in Greece and that they convince their leaders to make a firm commitment to the EU aid package."

Despite the indications that an agreement may soon be in the offing in Athens, Rehn also warned that 2012 isn't likely to be much easier in the euro zone than 2011 was. "Of course this year won't be easy," he said, "particularly not the beginning. The tasks remain: Some countries have to get their excessive debts under control, but at the same time we must ensure that they aren't slowed down by sky-high interest rates. In parallel, we have to strengthen our firewalls to stabilize the entire euro zone. By summertime, the permanent euro bailout fund, the European Stability Mechanism, must be operational. In addition, we have to do something to support European economic recovery." 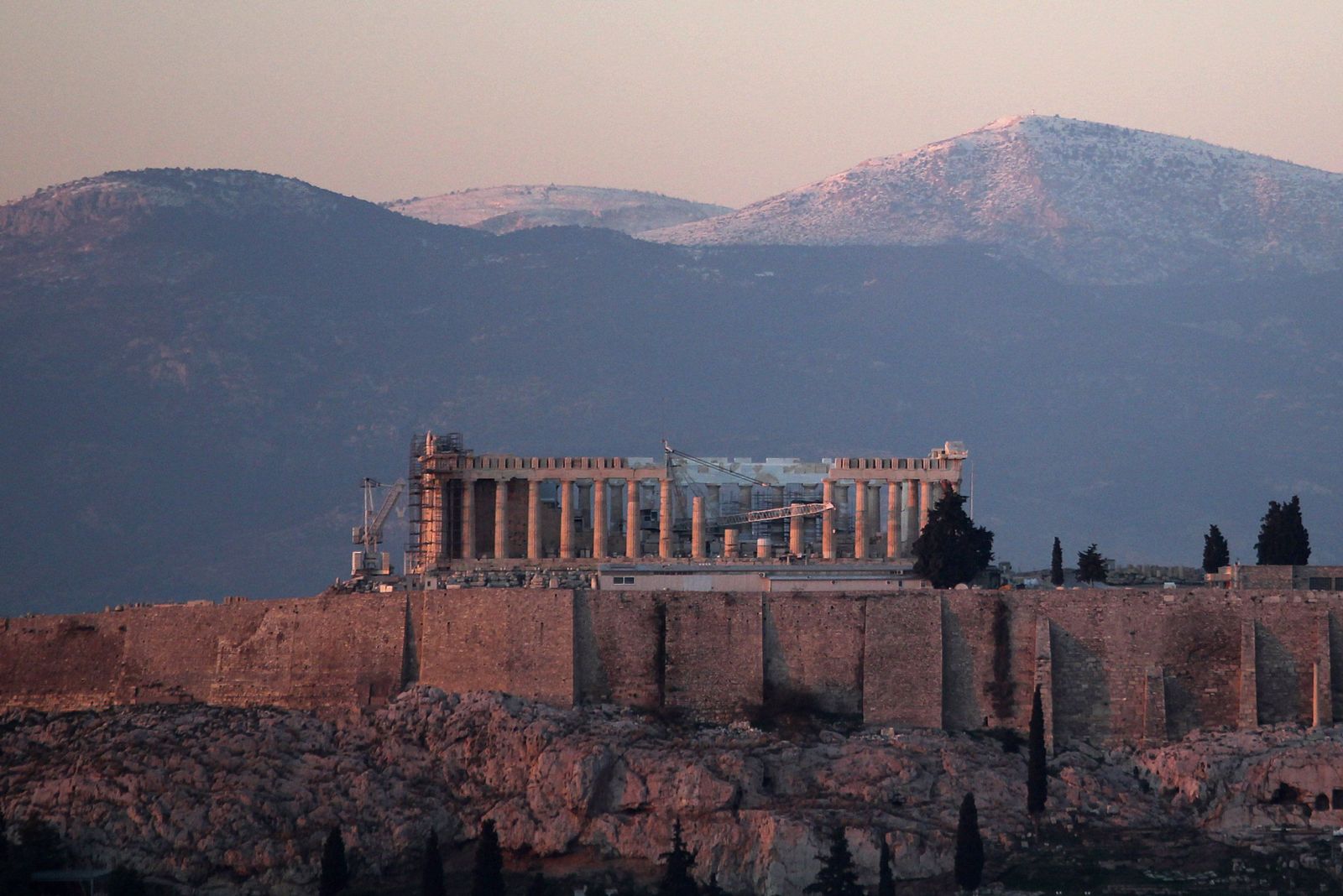 Progress is being made toward the finalization of a 130 billion euro bailout package for Greece.