The last meeting of euro-zone finance ministers before the summer recess was meant to focus on a second aid package for Greece. But over the weekend, attention switched to a far more important euro-zone member: Italy, the third-largest economy in the single currency bloc.

According to media reports, there is mounting concern that the debt crisis could spread to Italy, due partly to the nation's high government debt and sluggish economy, but also to worries that Prime Minister Silvio Berlusconi may be trying to thwart efforts by Finance Minister Giulio Tremonti to cut spending and get the budget deficit under control.

Concern over Italy seems to be so great that a small group of top EU officials is meeting on Monday ahead of the euro-zone finance minister talks. European Council President Herman Van Rompuy and European Commission President Jose Manuel Barroso were be joined in their meeting by European Central Bank President Jean-Claude Trichet, Jean-Claude Juncker, chairman of the region's finance ministers, and Olli Rehn, the EU's economic and monetary affairs commissioner.

EU officials have stressed that it's not a "crisis meeting." But it is precisely that. The group was extended to include Trichet, Juncker and Rehn after nervous markets on Friday pushed the risk spread between 10-year Italian government bonds and their German equivalents (used as a benchmark) to the highest level since the launch of the single currency. At the same time, the shares of Italian banks plunged. The Financial Times is reporting that major hedge funds are targeting the country.

The trigger for the market uncertainty is the instability of the government in Rome. Tremonti, until now regarded as the guarantor of a strict austerity program, is under mounting political pressure. Investors fear that the savings program of €40 billion ($57 billion) already decided by the cabinet may be watered down in parliament.

On Friday, Berlusconi announced that changes would be made to the package of cuts. In a newspaper interview, he said politics was about votes. Tremonti, by contrast, wants to balance the budget by 2014 -- otherwise, he had warned last week, there would be a "catastrophe." Such words scare investors.

But how badly is Italy really off? Its debt mountain has long been among the highest in Europe -- its debt-to-GDP ratio of 120 percent is the second highest in the bloc after Greece.

But the budget deficit is under control, and private household debt is relatively low. The economy is well-diversified. In central economic points, Italy is in a better state than beleaguered euro-zone members Portugal, Ireland or Greece.

The fears that are turning investors against Italy are vague, and they are being exacerbated by the failure of the euro-zone finance ministers to agree on a second bailout for Greece. The controversy over how private-sector investors should be included in future bailouts is making it more difficult for all the high-debt nations in the euro zone to borrow money in the financial markets.

In June, the ministers had announced that the second Greek bailout would be agreed in principle at a special meeting on July 3. The total volume was said to be €120 billion, and the ministers also wanted to give a figure for the portion of the bailout to be borne by private bondholders. But the meeting was cancelled because they hadn't agreed yet. Now, a week later, they still don't have a draft agreement that they could all sign up to.

The finance ministers want to square the circle. They want the private sector contribution to be "voluntary" but "substantial" at the same time. In addition, this debt rescheduling must not lead to the rating agencies declaring that Greece has defaulted.

But it is already clear that the ministers will have to give up at least one of these goals. Talks with the banks that hold a large part of Greece's debt have shown that a voluntary contribution probably won't be substantial. And the rating agencies have warned that even a voluntary renewal of Greek debt would be classified as a partial default.

Two models are being discussed:

Both models would probably lead the rating agencies to declare a partial Greek default. That was long seen as a taboo because it would have incalculable consequences for the euro zone. But now the ministers appear to be toying with the idea of accepting the possibility of a short-term default. Their priority is to bind in private-sector creditors in order to minimize the amount taxpayers will have to shoulder.

But the ECB wants to prevent a Greek default at all costs, and is categorically opposed to involving private creditors. The ECB itself is sitting on a mountain of Greek debt and fears a chain reaction if the country is categorized as being in default.

German newspaper Die Welt at the weekend quoted an unnamed ECB source as saying the European Financial Stability Facility, the euro zone's sovereign bailout fund, which has a nominal size of €440 billion euros, was not large enough to protect Italy.

The central bankers favor putting the entire bailout burden on taxpayers' shoulders and want the aid packages to be funded from the EU's rescue fund. ECB representatives have kept on calling for the volume of the fund to be increased so that the euro zone is equipped for bigger crises.

According to the Financial Times, support for the German restructuring model is growing. The Institute of International Finance, which represents banks with major holdings of Greek debt, is distancing itself from the French plans, the newspaper reported.

But the political frontlines in the debate aren't shifting, and no solution is expected this Monday. After that, the ministers will start their summer recess, meaning that the outlines of the Greek rescue won't be clear until September at the earliest -- unless, that is, the turmoil worsens dramatically over the summer. It wouldn't be the first time the euro's saviors have waited until the crisis reaches breaking point. 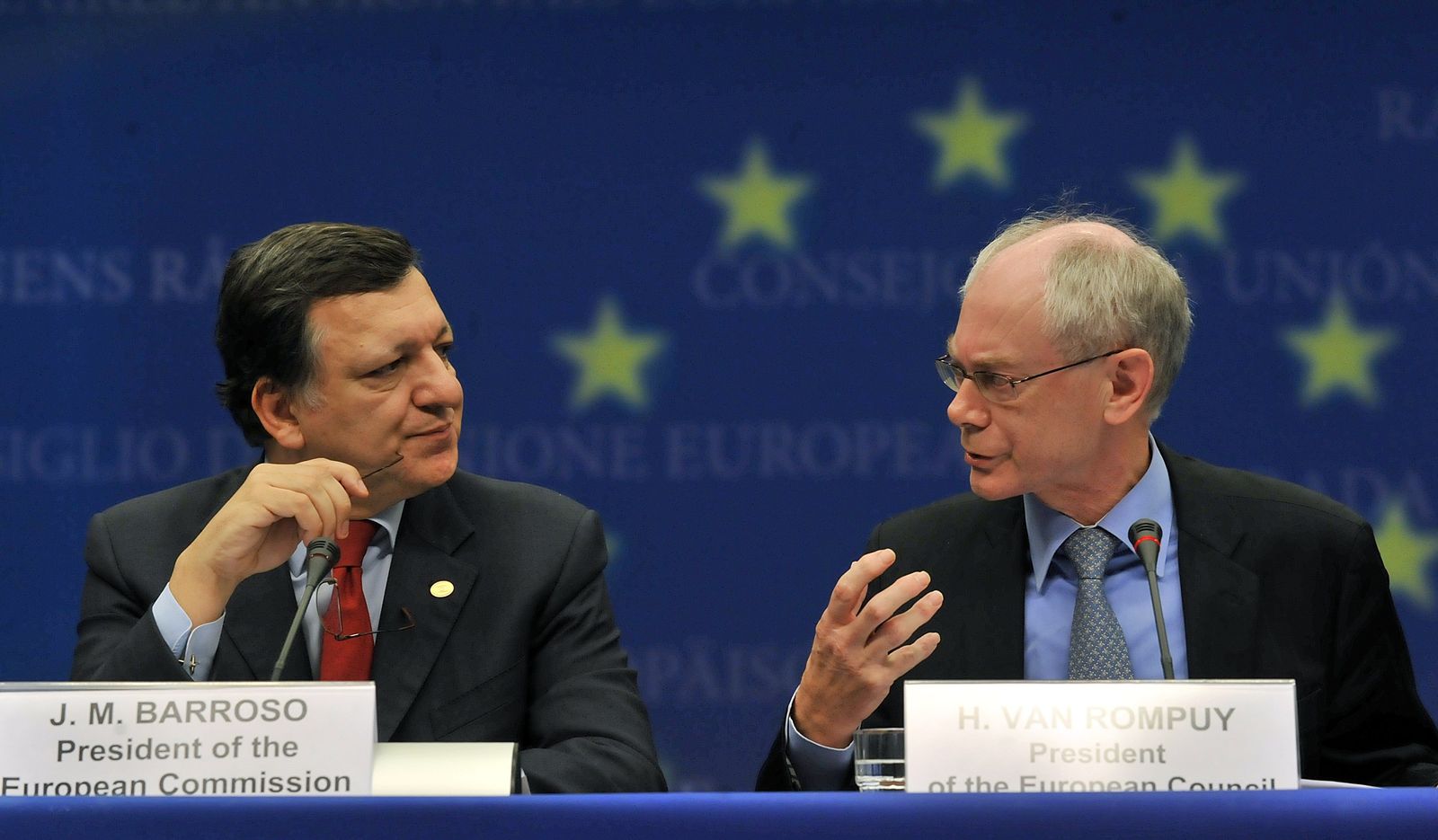