France and Great Britain are part of a small club of the five official nuclear powers. The French force de frappe, or deterrent, is made up of approximately 300 nuclear warheads, while the British Royal Navy has just over 160. Both have fleets of four nuclear-powered and nuclear-armed submarines, of which one is always at sea. Paris maintains four more squadrons of planes with nuclear weapons, three on the ground and one at the Charles de Gaulle aircraft carrier.

Since the end of the Cold War, both countries have considerably shrunken their arsenals. The production of weapons-grade plutonium has been stopped entirely. And Great Britain eliminated all the nuclear weaspons possessed by its army and air force.

Neither London nor Paris is playing a central role in the current debate over disarmament. France and Britain make the point that the United States and Russia must disarm themselves to the level of the two European countries before any need will arise for further negotiations.

Both Countries Look to Successor Generation, But Cuts Still Likely

Neither France nor Great Britain wants to fully give up their nuclear weapons, and both consider the round-the-clock nuclear deterrent to be indispensible. And both countries are working on the successor generation to weapons systems currently in their possession.

With fiscal budgets constrained, however, both countries are considering further limiting the scope of their nuclear arsenals. While speaking before the United Nations last September, British Prime Minister Gordon Brown said his country wanted to make due with three nuclear submarines in the future instead of four. The French government recently offered to create a joint sea-based nuclear deterrent by sharing submarine patrols. Experts see the proposal as a model for the future, but the idea has so far been rejected by London.

Cooperation in Europe is also complicated by the fact that the British nuclear program has long been deeply interwoven with that of the United States. The Trident II missiles that are deployed with British submarines are stored in a common pool of missiles of the same type at Kings Bay, Georgia.

Britain and France are the only countries in the European Union to possess their own nuclear weapons. As part of NATO, however, around 200 American short-range nuclear warheads are stored in Europe, including an estimated 20 weapons in Germany.

A look at the two European nuclear powers in facts:

4 Le Triomphant class submarines, stationed at Ile Longue in Bretagne. Each submarine can carry up to 16 M45 missiles, which can in turn be armed with six war heads each.

3 squadrons of planes, each with 20 Mirage 2000N, stationed in Istres, Luxeil-Les-Bains and Saint Dizier. They are armed with air-to-surface missiles (ASMP) with a range of up to 300 kilometers.

4 Vanguard-class submarines, stationed at a base in Faslane, Scotland. Each can carry up to 16 Trident missiles (with a range of 10,000 kilometers) with a maximum of 48 war heads on board.

16 underground bunkers for storing nuclear weapons in Coulport near Faslane -- development and construction of the warheads through the Atomic Weapons Establishment (AWE) in Aldermaston, England. 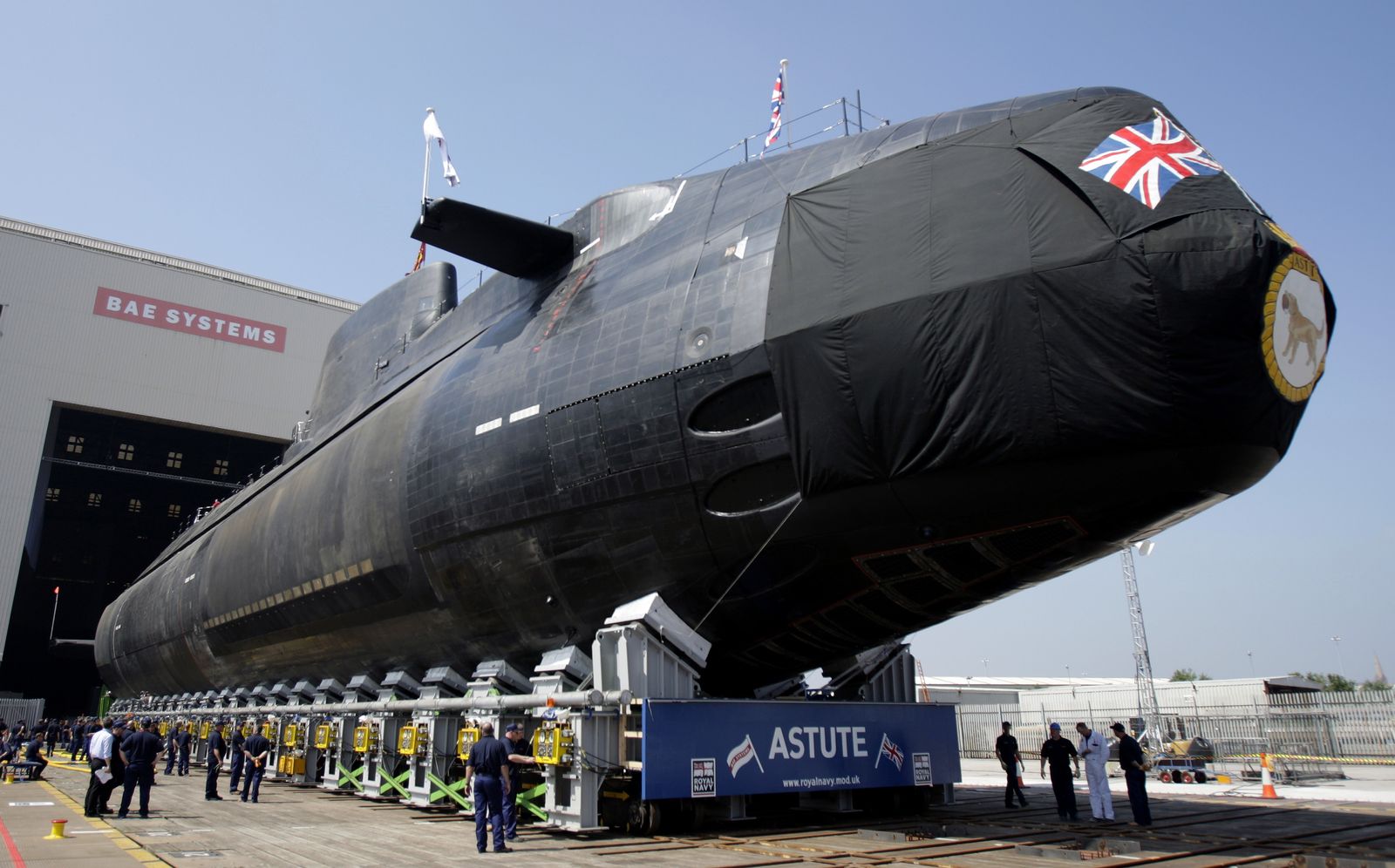 The British nuclear submarine HMS Astute can carry up to 48 nuclear warheads.