For many of Europe's ethnic minorities and immigrants, racism and discrimination is a sad fact of day-to-day life, according to a report published on Wednesday by the European Union Agency for Fundamental Rights (FRA).

Europe, whose citizens once fled in droves in favor of a more promising future elsewhere, has gradually emerged as a magnet for immigrants. But the experience of its ethnic minorities and newcomers is often far from rosy, according to the new survey. Among a raft of sobering facts, it found that on average, every second Roma and more than a third of the Sub-Saharan African interviewees were discriminated against on the basis of their ethnicity at least once over the past year.

Strikingly, they also found that among those facing discrimination in the last 12 months, some 82 percent did not report their experience to authorities, often because of doubts about local police.

The EU-wide study is the first of its kind, having collected the opinions of 23,500 people from various ethnic minorities and immigrant groups across the EU's 27 member states in 2008. To pin down the extent of the problem, it used a range of questions probing discrimination in various spheres of everyday life, including work or job hunting, looking for accomodation, health care and social services, schools and shops, as well as experiences like trying to open a bank account or obtain a loan.

The report found that the Roma face more discrimination because of their background than other groups. On average, each Roma interviewee had been discriminated against some 4.6 times in the past year. After the Roma, people from Sub-Saharan Africa faced the greatest discrimination, followed by North Africans.

The organization also dissected their findings on a country-by-country basis, highlighting zones of high-level prejudice around the EU. Those found to be experiencing the highest levels of racism of any group were the Roma in the Czech Republic, followed by the Roma in Hungary and the Roma in Greece. Almost as badly affected were Sub-Saharan Africans in Ireland and North Africans living in Italy.

In an effort to differentiate between types of discrimination, the report also looks at levels of assault and threat against minority groups, with Somali respondents in Finland reporting the highest incidents in Europe. Fully 74 of 100 respondents said they had experienced an assault or a threat. When it comes to serious harrassment, 174 incidents were reported for every 100 Roma respondents in Greece.

While Roma, Sub-Saharan Africans and Muslims consistently reported the highest levels of racism, one exception was Brazilians living in Portugal. They reported high levels of anti-immigrant sentiment.

Across Europe as a whole, one in four people from a minority group had been the victim of a crime over the last year -- a bitterly ironic finding given that they themselves are often stereotyped as criminals.

Among the survey group, it was the younger respondents who reported the worst violence. For example, among North African immigrants, the most attacks were recorded among the youngest age groups (a third of those aged 24 or under had been victimized, along with 30 percent for those aged 25 to 39). For the oldest age group, 55 years and older, just 12 percent were affected.

Interestingly, the report found no significant differences in victimization according to gender, striking a contrast with previous surveys.

Some communities questioned saw the police as part of the problem. Amongst the North Africans in the survey, 1 in 5 thought that they had been stopped by the police because of their ethnicity.

Similarly, the report pointed to a prevailing mistrust among immigrants and ethnic minorities towards the local police forces. A total of 82 percent of the individuals who said they had had a recent experience of discrimination in the past year did not report it to the police, mostly on the grounds that "nothing would happen" or "it happens all the time."

"This lack of reporting indicates that official figures on racist discrimination constitute just the 'tip of the iceberg'," the report said.

It added that the contrast between official statistics and the high frequency of racially motivated incidents revealed by this survey, "is evidence enough that much more needs to be done." 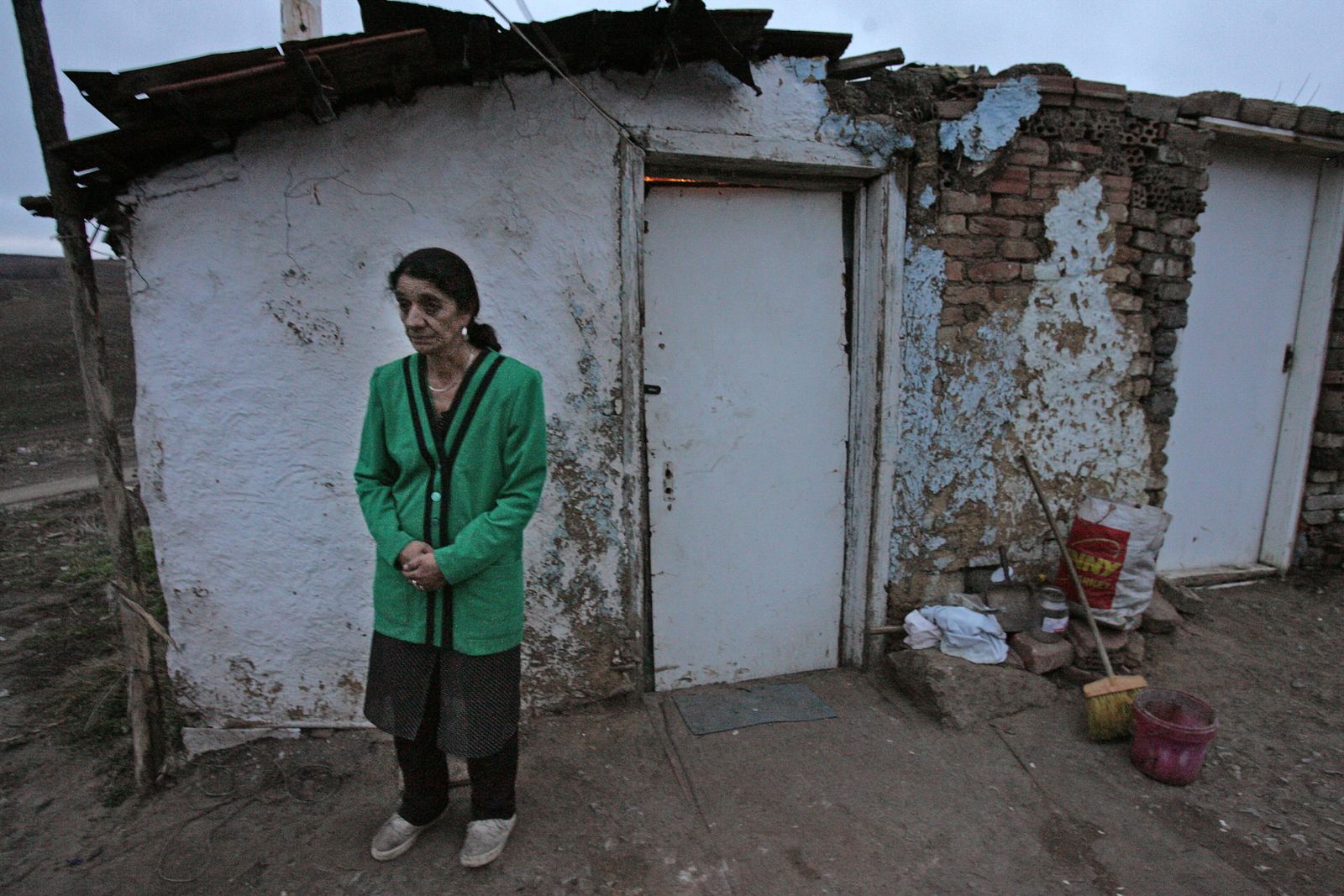 A Roma woman standing in front of her home in a village in Hungary.