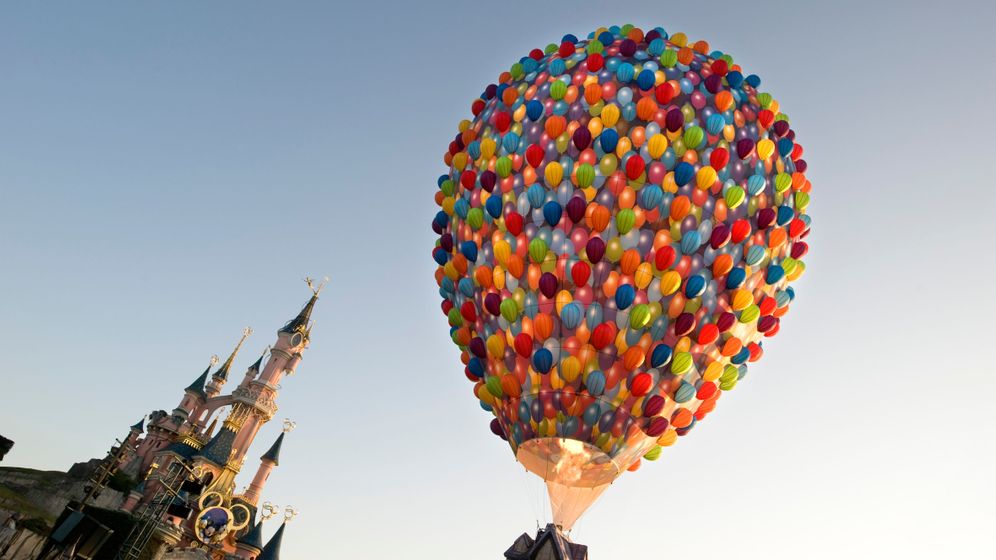 Guillaume Gallant is a passionate Walt Disney fan, and he's convinced Disneyland Paris is falling apart. When the Belgian national recently visited Europe's largest theme park, two rides were closed, four performances had been cancelled and, worst of all, he believed the food in one of the Magic Kingdom's exquisite restaurants had been reheated. Gallant claims to have been "shocked." So shocked he immediately wrote an angry petition to the Walt Disney Corporation, the main shareholder of the park's operating company, Euro Disney, which he posted online in six different languages.

Over 7,000 people have signed the Brussels-based copywriter's petition, which read: "The many years of budget cuts in maintenance, entertainment and food and beverage, have left the resort in an unacceptable neglected state … Many themed elements are decaying and crumbling, while others are literally falling apart." These fans, clearly, are afraid their "magical kingdom" is losing its magic.

The feeling is understandable, given that Europe's Disneyland is currently generating one negative headline after another. Disney's US parks are cash machines, but Disneyland Paris, which is located in Marne La Vallée, outside of the French capital, is losing millions of dollars despite an impressive number of visitors. A strict cost-reduction program implemented by Chairman Philippe Gas has sown discontent amongst guests and employees. In late October, a child fell out of a water ride and was severely injured. And now, revelations of a suicide attempt have thrown an additional shadow over Mickey Mouse's cheerful kingdom.

Shortly after being called in to meet with his superiors recently, a Euro Disney garden-worker doused himself in gasoline and took out a lighter. A colleague was only able to prevent him from setting himself on fire at the last minute. It's not the first such incident: In 2010, two Disneyland Paris employees committed suicide; one of them wrote in a suicide note, "I don't want to return to Mickey."

Union members argue that the park's "demeaning" working conditions are responsible for the suicides. Euro Disney spokesperson Laurent Manologlou told SPIEGEL ONLINE such accusations were false, citing an internal investigation that found no connection between the suicide and working conditions.

Now the National Union of Autonomous Unions (UNSA), a French trade-union confederation, wants to conduct its own investigation of the most recent suicide attempt. According to UNSA, many Disneyland Paris employees have become increasingly unhappy. The union notes a "deteriorating working climate," "lack of dialogue" and "sharpening of disciplinary measures" in a letter to Gas. They even call the board of directors "autistic" in a statement referencing Gallant's petition.

Gas is under pressure. About 15 million guests came to Disneyland Paris in the 2012/2013 fiscal year, almost as many as the Eiffel Tower and the Louvre combined. According to Euro Disney, the park is the "largest tourist attraction in Europe." However, the number of visitors has declined by over one million since the 2011/2012 fiscal year. The chairman blames the slump on the euro crisis and bad weather, while pointing out that Euro Disney "managed to increase spending per person" in the park.

Still, he cannot deny that Euro Disney has been losing money since 2008. Last year it lost around €78 million. Disneyland Paris has structural problems: Since it opened in 1992, the park has been in the red more often than it has been in the black.

European Disney fans are now pushing for a new beginning that Euro Disney can't afford. The company has a €1.7 billion debt load from the construction of the park and is required to pay €70 million in licensing fees every year to the Walt Disney Company, which owns 40 percent of its stock. The rest of the shares are owned by Saudi Prince Waleed bin Talal al Saud and frustrated small shareholders.

And yet the American mother ship still seems to believe in its European offshoot: In the past year, the Americans have bought up Euro Disney's debts, extended a repayment plan and lowered interest rates, giving the company wiggle room for future investments.

Gas reportedly said in a TV interview that he wants to open a new ride centered on the movie "Ratatouille," which could become, "A one-of-a-kind attraction that has never existed anywhere in the world." But even company executives seem to know that "Ratatouille" alone won't save them. "We are in a good position to be able to reach positive results as soon as the economic crisis has ended," said spokesperson Manologlou. In other words: Euro Disney will be in the red as long as Europe's economy is faltering. And, as long as that's the case, Guillaume Gallant will just have to keep yearning for the land of his dreams.

Correction: SPIEGEL International has corrected two errors that were a result of translation and not reporting in this story. Originally, we translated one sentence with the following words: "The unions argue that the park's 'demeaning' working conditions..." In the revised version, we describe this more precisely as "union members". In another paragraph, our translation stated that Euro Disney has lost around €78 million since 2008. In the corrected version, this reads that Euro Disney has been losing money since 2008. "Last year it lost around €78 million." We apologize for the errors.