One year ago, at the outset of the migration crisis, some accepted as a given that the migration wave is too big to stop. One consequence of this was to suspend the Schengen and Dublin rules, leading to the opening up of our territory to uncontrolled migration .

Europeans experienced increasing helplessness and uncertainty, along with more or less justified fears about security, the ability to integrate newcomers in our societies and the social and financial implications of an unrestricted flow of migrants.

This growing unease provided fertile ground for radical, populist, often nationalist sentiment. With surprising intensity, the debate became infused with apocalyptic prophecies and questions about the future of Europe.

Stopping this dangerous trend was a change of paradigm. So, several months ago, I proposed we make the reverse assumption, that the wave of migration is too big not to stop. Our priority should be to have a proper migration policy. The European Union and its member states must regain the capacity to decide who crosses our borders, where and when.

Paradoxically, this is essential to operate a rational and humane asylum policy. Without such an approach, tragedies at sea will also continue. We know the gravity of the present situation. On Wednesday, the UN refugee agency said up to 500 migrants may have died when a large ship sank in the Mediterranean last week.

Framing the debate in a new way has had an impact and brought cautious hope, though we are under no illusion that the problem is solved. We are facing months, perhaps years of efforts and difficult choices. What we see now is positive data on the Balkan route, which until a few weeks ago was the main artery. The numbers are telling: 70,000 in January, 50,000 in February, 30,000 in March, and in April approximately 3,000.

Three decisions were key to this.

First, the European Council decided to end the wave-through approach and to return to full compliance with the Schengen rules. The leaders reaffirmed that there would be no European solution without respect for European law. In mid-2015, when the crisis struck with full force, Europe ignored its own principles and laws, thus demonstrating weakness and indecision. Drawing fresh conclusions in February was a breakthrough in this respect. It should serve as a lesson.

Second, was the permanent inclusion of the Balkan countries in the union's migration priorities. The coming months will require further support. I became involved in this process fully aware of the risks and controversies it entails. Cooperation with our Balkan partners such as Macedonia is not easy. But political leadership is about the readiness to make difficult decisions, even in the face of hostile public opinion.

And finally, EU-Turkey cooperation. For many of us it was at least as controversial. It was reached because the leaders decided it was the most effective way to support Greece and break the smugglers' business model in the Aegean Sea. I mobilized all the member states to support this on two absolute conditions: that the interests of the members of our community, for instance Cyprus, are protected; and that it is in full accordance with EU and international law. The cooperation is an important element of our strategy, but let us bear in mind that it is merely one of many elements.

The solution in the Balkans and the agreement with Turkey are not a universal model applicable to other migration routes, including the central Mediterranean Route. Libya is not Turkey . Closing the border on the Brenner Pass on the border between Italy and Austria would be a blow to the heart of Schengen. For this reason, the recently proposed "migration compact" of Prime Minister Renzi is welcome. Europe should also back Italy in its actions against smugglers, which will likely require greater involvement in Libya.

No one else is going to protect our borders for us. We cannot hand over the keys to our territory, to our security, to any third country. This applies to Turkey as well as to North African countries. Our helplessness would provoke a temptation to blackmail Europe. Too often I have heard from our neighbors that Europe should give in, otherwise it will be flooded by migrants. This was when I realized our cooperation would be a cooperation of partners only when we regain our own ability to control migration.

We Cannot Negotiate Our Values

Only strong states are capable of supporting those in need on a large scale, without the risk of self-destruction. Tough policies do not rule out humanitarian goals -- quite the opposite: only determined policies enable their implementation. If we want Europe to remain open and tolerant, we can no longer allow ourselves to be helpless.

We need the solidarity and determination of all member states in every aspect of migration policy: relocation, humanitarian aid, external actions and most importantly protecting our external borders. What is at stake is not only the future of Schengen, but the very future of our community.

Recent experience with Turkey shows that Europe must set clear limits to its concessions. We can negotiate money but never our values. We cannot impose our standards on the rest of the world. Equally, others cannot impose their standards on us. Our freedoms, including freedom of expression, will not be part of political bargaining with any partner. This message must be heard also by President Erdogan.

Donald Tusk, 58, is president of the European Council, the body representing the heads of state and government of the 28 EU member states. He previously served as prime minister of Poland from 2007 to 2014 and the long-standing chairman of the country's liberal-conservative Civic Platform party. 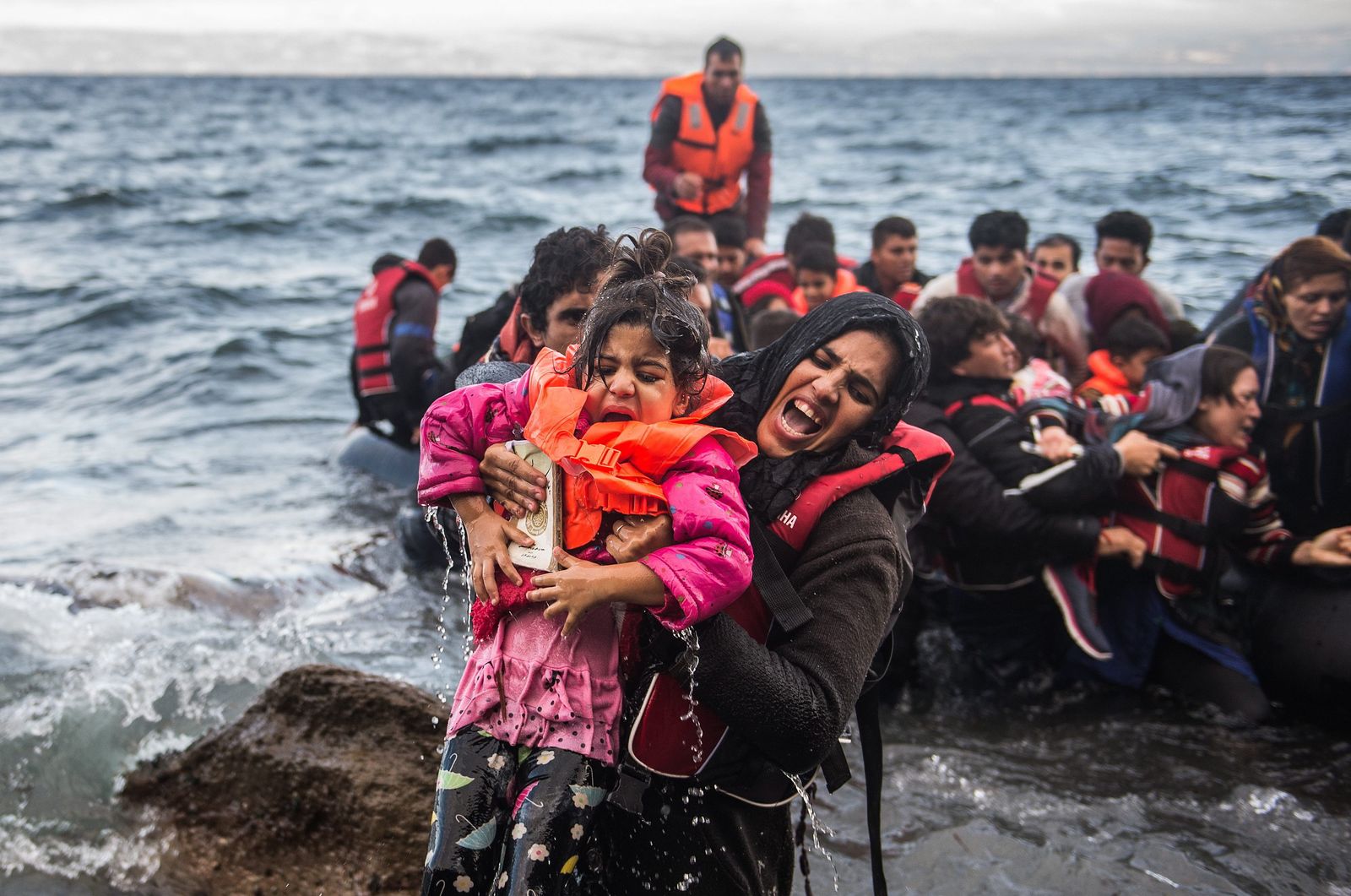 Refugees along the coast of the Greek island Lesbos on Oct. 2, 2015