The evidence is mounting that Jeroen Dijsselbloem will be the new head of the Euro Group. The official announcement won't come until the next meeting of the group of euro-zone finance ministers on Jan. 21. But in Brussels and other capitals within the currency bloc, the 46-year-old Dutch finance minister is already being openly referred to as the designated successor of Luxembourg Prime Minister Jean-Claude Juncker.

On Wednesday, the 46-year-old member of Holland's center-left Labor Party met with French Finance Minister Pierre Moscovici in Paris for a job interview. The Socialist government of President François Hollande has previously had reservations about Dijsselbloem, who has been leading a tough austerity program in the Netherlands in a coalition with the conservative Liberal party.

No details of the meeting in Paris have been made public. The French government is apparently not ready to bend and to endorse Dijsselbloem's nomination officially. But according to French observers, Moscovici and Dijsselbloem must have hit it off.

"Dijsselbloem has everything Moscovici is looking for," wrote the French business daily La Tribune. "Like Moscovici, he's a reasonable man of the Left." The French minister shouldn't expect too much enthusiasm from his counterpart, summarized the paper. As Euro Group leader, Dijsselbloem will have to prove himself -- particularly to the German public and government.

Dijsselbloem belongs to the right wing of Dutch Labor Party (PVDA). He is regarded as a reformer and a budget hawk -- qualities that win him favor with the German government.

Germany previously insisted that the new Euro Group chief come from a country with a "AAA" credit rating, which dramatically narrows the field of candidates. Aside from Germany, only Luxembourg, Finland and the Netherlands have top marks. After German Finance Minister Wolfgang Schäuble faced resistance from Paris, Dijsselbloem was, from Germany's point of view, the next best candidate. Berlin sees the Dutch government as their most trusted ally in the euro crisis.

That's why Dijsselbloem's inexperience is taken in stride. The youthful-looking man with dark hair and rimless glasses is a newcomer on the European stage. It was just last November that he was appointed Dutch finance minister and rose to the higher ranks of European politics. Before that, he was his party's spokesman on educational issues and was largely unknown, even within the Netherlands. If he ever made headlines, it was because of his criticism of video game violence.

Inconspicuous Candidate from a Small Country

The agricultural economist will have a lot of catching up to do if he is indeed appointed to one of the most important offices in the battle against the debt crisis. His inexperience stands in stark contrast to the wealth of experience of his predecessor, Luxembourg Prime Minister Jean-Claude Juncker, who had been there to witness the birth of the common currency.

Dijsselbloem's low profile is unlikely to be a disadvantage. On the contrary, in Europe, inconspicuous candidates from small countries have a history of becoming successful bridge builders. The Belgian Herman van Rompuy was a blank slate in 2009 when he was unexpectedly elected the first president of the European Council. At the time, he was received with great skepticism, but soon proved himself an efficient power broker -- precisely because he was not perceived from the outset to be an advocate for one state or a particular position.

Dijsselbloem speaks English well, having graduated from a year-long masters program in business administration in Ireland. He is rumored to be a good listener, though in politics that is often a back-handed compliment. Catherine Ashton, the EU's high representative for foreign affairs and security, was also praised for being a good listener before she was reproached for her weak leadership skills and lack of vision.

Yet the top leadership position at the Euro Group certainly calls for a conciliatory disposition. Ultimately, the post involves few formal responsibilities, and its success depends largely on the officeholder's diplomatic skills.

Therefore, German Finance Minister Schäuble's candidacy was controversial. There is always suspicion that representatives from large countries will put their own national interests first. This accusation is one Dijsselbloem is unlikely to hear.

Unlike the confident Juncker, who enjoyed using his role as "Mister Euro" on the large European stage, Dijsselbloem is expected to be relatively reserved. The example of Van Rompuy shows, however, that this can change with time. The Belgian acts with increasing self-confidence and has put his own stamp on the position -- often to the dismay of German Chancellor Angela Merkel. It could be that Dijsselbloem, too, offers up such surprises. 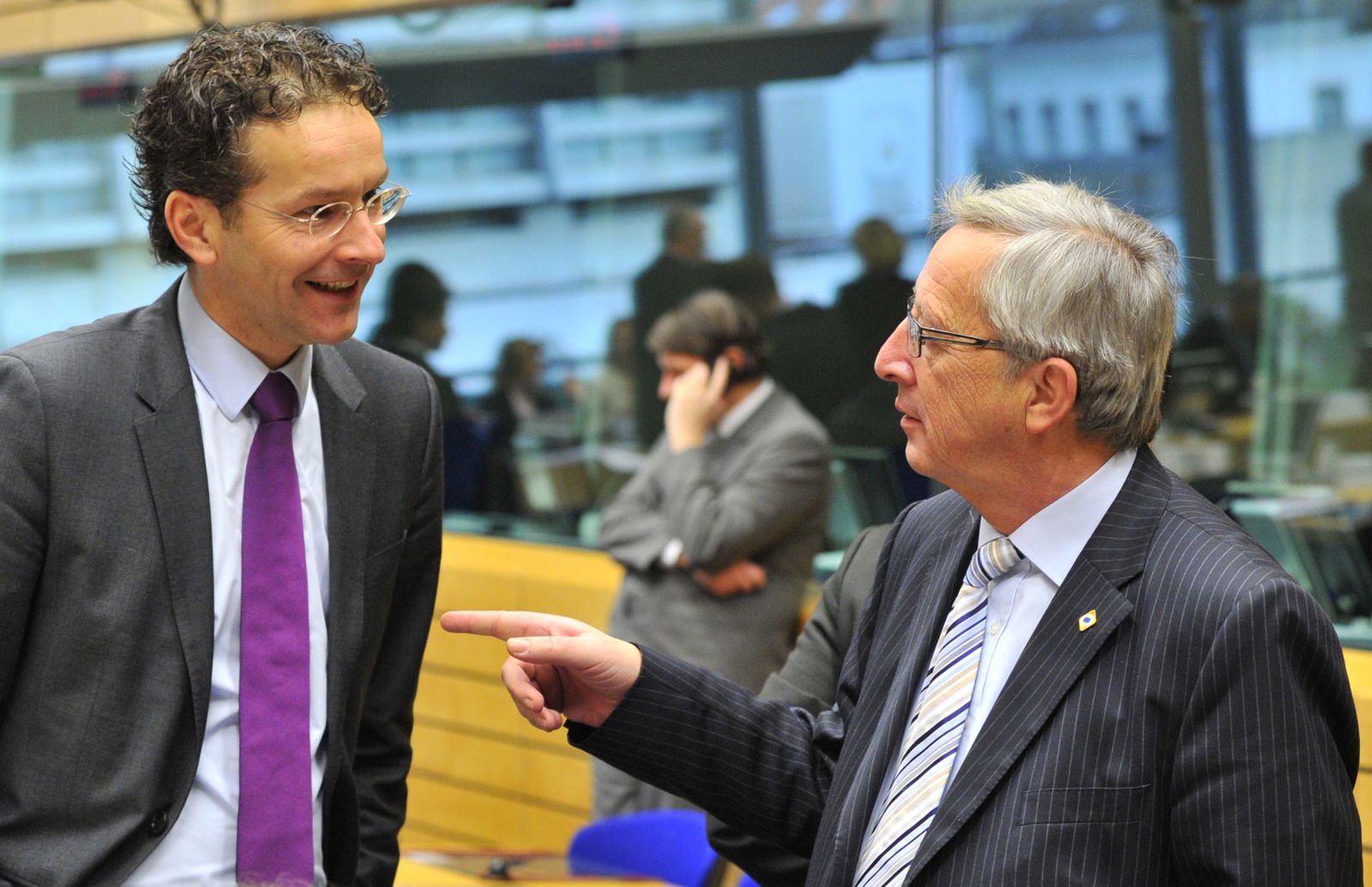