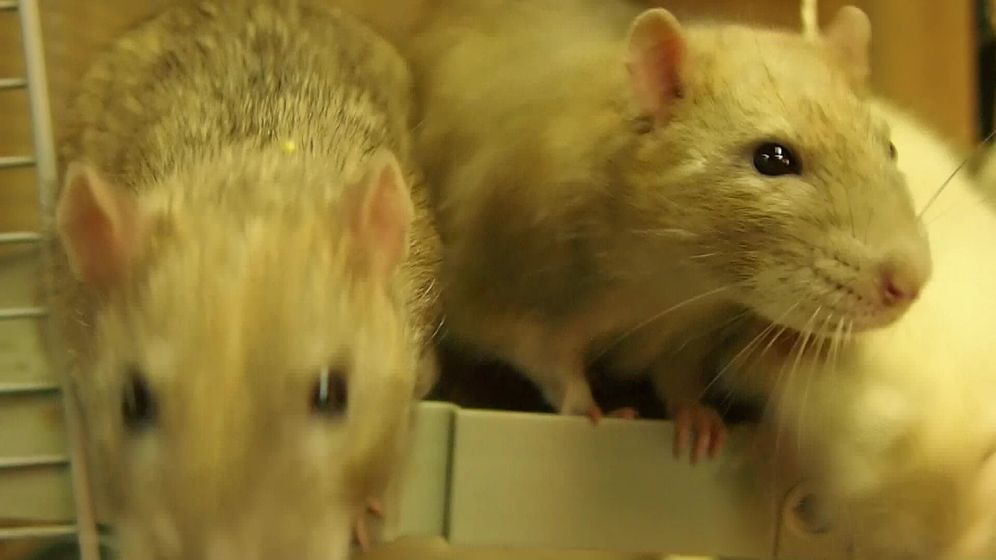 "Derrick" is unbeatable. He's right in 98.8 percent of all cases, the kind of accuracy only machines can achieve. But Derrick is no machine. He's part of an elite group of sewer rats currently being trained in Rotterdam to sniff out drugs, gunpowder or traces of other substances that cling to someone after they've committed a crime.

Shooting a gun leaves behind gunshot residue that until now could only be detected in a costly laboratory. Dutch police, under pressure to save money, now see Derrick and his four classmates as a cheaper and faster option than traditional science. The project's potential savings has won it the support of the police's "innovation manager."

Derrick is named after the protagonist of a popular German TV series that ran from the 1970s through the 1990s -- and also enjoyed a loyal following in the Netherlands. The four other mice are also named after famous fictional detectives: Magnum, Poirot and Thomson and Thompson from "The Adventures of Tin Tin."

They're kept in the darkened room of a small house in the northeast of Rotterdam, next to storage space for ropes, blankets and the equipment belonging to the canine unit. The noise of the nearby highway provides a backdrop to the barking of police dogs, whose training grounds, complete with tunnels and miniature bridges, lies behind the building. The horses are here, too, making the rats police animal No. 3.

The rats' trainer is Monique Hamerslag. She scoops Derrick up from the table and places him in a cage, where four small bags are hanging. One of the bags contains alpha-phenylacetoacetonitrile, or APAAN, a precursor to methamphetamine, and his job is to determine which one it is. Biology is on his side -- rats have 1,000 different receptors that are crucial to the perception of smells. That's more than dogs, which have 900, and well more than humans, with a paltry 380.

The rats have an average success rate of 95 percent, Hamerslag says, which would be good stats for a dog. Soon enough Derrick and the others will be so skilled that they can actually be used in crime investigations.

"Rats cannot replace police dogs," says Hamerslag, primarily because they are not sent out to the crime scene. They also don't sniff the suspects themselves, but rather samples taken from their face, arms and hands. "But they can make the police cheaper and more efficient," Hamerslag adds. If a shooting were to take place today and several suspects were arrested, tests for gunshot residue would require chemicals, microscopes and employees, all taking at least two hours. "Rats can do the same thing in two seconds," Hamserlag says.

The speed with which the rats can work is especially useful in the Netherlands, where police are legally prohibited from holding suspects longer than six hours without charge. Slow test results can mean criminals walk free. Quick results from the rats can help filter out innocent bystanders, and provide an indication as to whom should be investigated further, Hamerslag says. If the case against a suspect proceeds to court, however, a lab test would still be necessary to be upheld in court.

The idea for the police rats came about two years ago, when Hamerslag wrote her thesis at the police academy on animals used at crime scenes and in investigations. She noted that rats were already being trained in Africa to search for land mines, and questioned whether they could be used to detect other substances as well.

The past two years have been an ongoing experiment in Rotterdam. "Theoretically you can train them on any substance," Hamerslag says. "Even toothpaste." As training has proved to be the most time-consuming aspect of the program, police hope to soon develop a computer-driven machine that can take over.