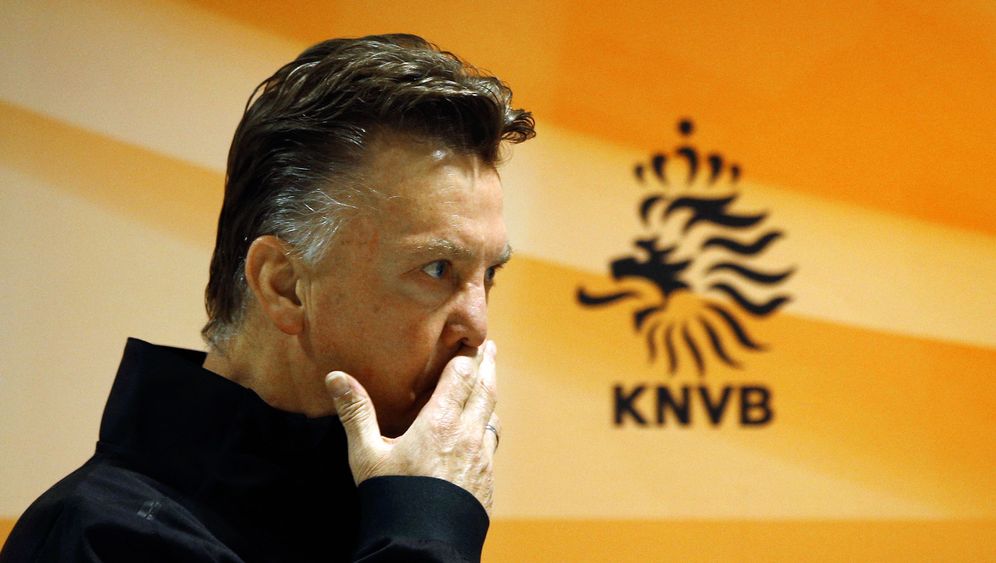 The boat winning the loudest cheers from the crowd of more than 300,000 onlookers during the parade through Amsterdam's canals bore the markings of the Dutch defense ministry. Young men in uniform stood on deck: gay soldiers who, with the blessing of the Dutch military leadership, were participating in Amsterdam's Gay Pride parade for the first time. That was in the summer of 2009.

This year's main attraction during the boat parade through Amsterdam's canals, one of Europe's most important gay and lesbian events, will be an orange launch emblazoned with the letters KNVB, the abbreviation for Koninklijke Nederlandse Voetbal Bond, or Royal Dutch Football Association. The most prominent person on board will be Louis van Gaal, the coach of the Dutch national team.

The decision of Van Gaal, the former coach of FC Bayern Munich, to take part in the colorful gay and lesbian parade in early August sends a clear signal. Even in the Netherlands, known for its tolerance and open-mindedness, homophobic slogans and songs in football stadiums are common, and no gay professional footballer has dared to come out.

Instead, even the crudest prejudices persist. Last summer, Frank de Boer, the coach of the champion team Ajax Amsterdam, irritated his fellow citizens with a remark about the supposed lack of athleticism of gay men.

That's one of the reasons the 44-year-old activist sees Louis van Gaal's acceptance as a "milestone for the international gay and lesbian movement." The canals, she predicts, "will rock."

Gay organizations in Germany want to take advantage of all the hype surrounding the Dutch parade to get the German Football Association (DFB) more strongly involved, once again, in their fight against marginalization and discrimination.

The commitment that began with former association president Theo Zwanziger has noticeably decreased since he resigned last year, says Torsten Siebert, director of "Soccer Sound," a Berlin project against homophobia in football. Zwanziger made the softening of homophobic attitudes a key social issue for the association.

When he was president, there were action evenings, a round-table discussion was held before an international match in Hamburg, and the DFB cultural foundation sponsored a theater production against discrimination. Zwanziger spoke two years ago at Berlin's Christopher Street Day, a day of celebration and protest for lesbians, gays, bisexuals and transgendered people.

Since the beginning of last year, when there was a panel discussion on sexual identity at the Hennef Sports Academy near Bonn, "almost nothing has been heard from" the DFB anymore, says Siebert.

For several years, the DFB also spent €5,000 ($6,500) annually to sponsor a float in Cologne's Christopher Street Day parade, but the sponsorship expired under Zwanziger's successor, Wolfgang Niersbach. That isn't a bad thing, say the organizers, because there are already so many participating gay and lesbian football fans that they are better off marching on foot in the parade rather than riding on a float with limited space. But there are growing fears that the DFB will opt out completely, says Robert Thewessen, a Dutch citizen who has helped organize Berlin's Christopher Street Day for the past two years.

Following the lead of the Netherlands, organizers now intend to invite the DFB to take part in the next Berlin parade, with or without a float. Zwanziger was the face of the campaign in football, they say. But Thewessen says the coach of the national team could take over that role in the future.

While social organizations vie for the chance to participate in Amsterdam's Gay Pride event -- there were reportedly more than 200 inquiries for 75 boats recently -- organizers practically have to beg groups to participate in German parades. "Social policy moves at a slower pace there," says Thewessen.

The DFB refuses to accept accusations that it is disinterested. The organization continues to oppose discrimination against gays and lesbians with the same momentum, though perhaps not quite as vocally and publicly as in the past, according to officials at the DFB's Frankfurt headquarters.

For example, DFB guidelines for individual clubs are on the verge of being completed. A commission spent 10 months working on the document, which addresses the subject of coming out in football in a country where no professional player has done so. An entire informational brochure, "Football and Homosexuality," is about to be published. Gunter A. Pilz, the head of the task force, says it will be 20 to 30 pages long.

Perhaps it wouldn't have taken as long if the Germans had simply copied a Dutch document. The Dutch association published its 10-page "action plan," called "Football for All," last fall. It contains instructions for coaches on how to address the issue within the teams.

Once again, the Dutch were faster.