Shortly after his resignation as chief economist of the European Central Bank (ECB) on Friday, Jürgen Stark carried on as if nothing had happened, taking a group of visitors on a tour of the Eurotower in Frankfurt.

In its official announcement, the ECB cited "personal reasons" for the step. For a top central banker, however, personal reasons are always professional reasons as well. It was known that Stark had long questioned the policy of the ECB and its president, Jean-Claude Trichet, involving the purchase of large quantities of the government bonds of ailing euro-zone countries. He had trouble hiding his aversion to the Frenchman's approach. According to a friend, Stark made his decision to resign in early August, when the majority of the ECB governing council voted for the purchase of Italian and Spanish government bonds.

Trichet and his staff were dismayed when Stark announced internally that he intended to resign. They urged him to at least stay on until the ECB council meeting last Thursday. But then Trichet used the press conference following the meeting for a theatrical tirade against the inflexible Germans.

Stark already voted against the first bond purchase program in the spring of 2010, and he also voted against the ECB's recent purchases a few weeks ago. Stark feared that the measure would undermine the stability of the euro. Worst yet, he felt that the central bank is giving up its independence and placing itself at the behest of politicians. This runs counter to the tradition of Germany's central bank, the Bundesbank, which Stark internalized during his tenure as its vice-president.

For the same reasons, Axel Weber resigned as president of the Bundesbank and chose not to succeed Trichet as head of the ECB. Stark's resignation is bad news for the current Bundesbank president, Jens Weidmann, who is also opposed to the bond purchases, and who is now losing an ally in the struggle over monetary policy. For German central bankers, monetary policy traditionally involves using all means possible to fight the risks of inflation. Printing money to buy up bonds is clearly not part of that approach.

The loss is embarrassing for German Chancellor Angela Merkel and Finance Minister Wolfgang Schäuble, both members of the center-right Christian Democratic Union (CDU). It is the second time that they are being abandoned by a well-known monetary policy expert because he can no longer support the approach to saving the euro that Merkel's administration has shaped.

In addition, the German governing coalition isn't exactly overflowing with talented individuals who can readily be sent to Frankfurt. This has forced Merkel and Schäuble to nominate a member of the opposition center-left Social Democratic Party (SPD), Jörg Asmussen, to succeed Stark. Asmussen is a state secretary in the Finance Ministry who was appointed under the previous "grand coalition" government of the CDU and SPD.

The choice will trigger outrage and relief in equal measure within the ranks of the CDU/CSU parliamentary group; outrage, because yet another key post is going to a member of the SPD, and relief, because they are glad to be rid of him in Berlin.

The move hasn't made people happy. "Putting an SPD man in the most important appointment Germany can make in the international financial world is at least as wrong as making a member of the SPD a state secretary in the CDU-led Finance Ministry," says Georg Nüsslein, an economic policy spokesman for the conservative Christian Social Union (CSU), the CDU's Bavarian sister party. The leadership of the Free Democratic Party (FDP), the conservatives' junior coalition partner, agreed to Asmussen's nomination, however.

It is debatable whether Asmussen will be any more amenable to the ECB's bond-buying policy than his predecessor was. He too finds the purchases fundamentally dubious, but feels that they are justifiable in the current situation.

Although the search for a replacement went smoothly, there is a catch for Germany: Asmussen can only serve out the remaining three years of Stark's eight-year term, and the ECB statutes prohibit him from running for another term after that.

Asmussen's promotion also complicates personnel problems at the Finance Ministry. Schäuble has been having trouble filling vacant positions for months. For example, he is still searching for someone to head his policy department and someone else to run the financial markets department.

At least he managed to quickly come up with a replacement for Asmussen as state secretary: the current head of the European department, Thomas Steffen. But now Schäuble has three department-head positions to fill. 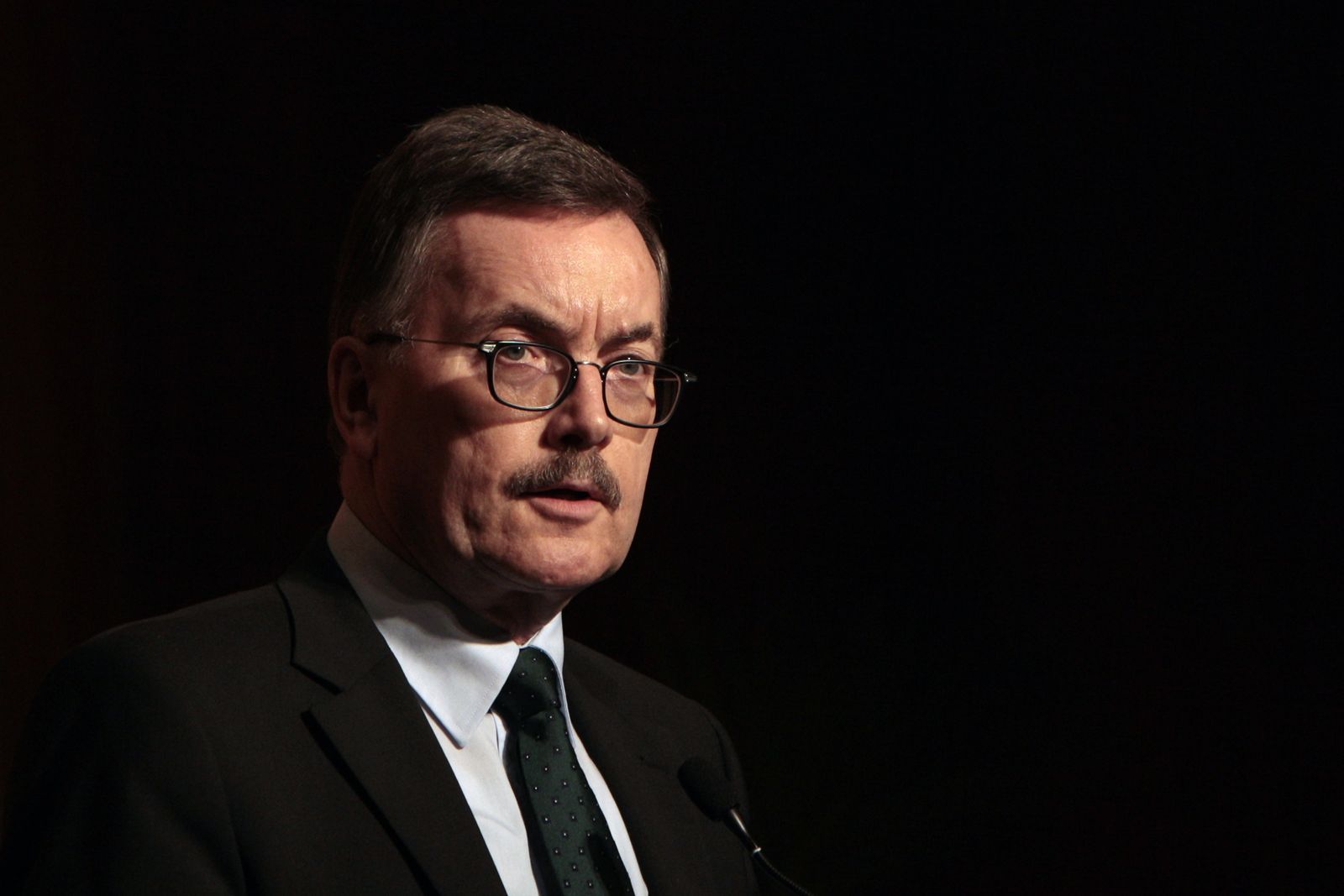