"There is no time to lose," Jean-Claude Juncker warned just a few days ago. Leaders must use "all means at their disposal" to save the currency union, the head of the Euro Group said. But one thing is becoming clear: Politicians are increasingly pushing the dirty work on to the European Central Bank (ECB).

Take Greece, for example, where liquidity is becoming scarce. The government in Athens needs to repay a maturing bond worth €3 billion ($3.7 billion) to the ECB by Aug. 20. The solution to that problem seems paradoxical: The ECB itself is pumping money into Greece, so that the country can in turn repay the ECB.

It's a controversial plan, because the central bank is prohibited from financing governments directly. As a result, no one is talking openly about the absurd flows of money. The ECB has only hinted that it will extend a helping hand to Greece.

Now, information has leaked regarding how the ECB plans to keep Greece on its feet until the next tranche of European Union-International Monetary Fund aid is paid out. The ECB has chosen a detour via the Greek central bank. It will allow it to issue additional emergency loans to the country's banks. These in turn are supposed to use the money to buy up Greek bonds with short maturities. This will scrape together €4 billion, according to the plan.

The Greek central bank will accept the dodgy bonds as collateral, and will provide the country's equally troubled commercial banks with freshly printed euros -- which ultimately come from the ECB.

Draghi Jumps In To Save Euro

What is particularly absurd is the fact that, for the past two weeks, the ECB has no longer been accepting Greek government bonds as collateral for its refinancing operations. But the Greek central bank -- which in reality is little more than the Athens branch of the ECB -- is still allowed to accept them. The fact that the euro bankers are willing to go through such contortions shows just how precarious the situation is. At the moment, a Greek default is being fought off from week to week -- and politicians are trying to duck responsibility.

In theory, Europe's leaders created the temporary euro rescue fund, the European Financial Stability Facility (EFSF) and its successor, the European Stability Mechanism (ESM), precisely to support countries facing financial bottlenecks. But providing more help for Greece would be a very tough sell for Europe's politicians. Chancellor Angela Merkel would have to get the consent of the German parliament, the Bundestag, which could prove tricky. And Merkel's junior coalition partner, the conservative Bavarian Christian Social Union (CSU), has been adopting an increasing shrill tone against Greece lately -- meaning that the government could plunge into crisis if the chancellor supports more aid for Athens.

For some weeks now, it has been clear that the Greeks would run out of money this summer. And there is no emergency backup plan in place. Everyone has instead counted on the ECB. For his part, ECB chief Mario Draghi seems to have accepted this and allowed the leaders of the euro-zone countries to force him into the role of the pragmatic emergency helper.

For now, the priority for Greece is to keep its head above water until it receives its next planned bailout payment. The troika overseeing Greece's aid package, comprised of the European Commission, the ECB and the International Monetary Fund (IMF), is expected to decide on the payment of the next tranche of €31 billion in September.

The partner countries initially held back that tranche in order to pressure Greece to undertake greater austerity measures and reforms, and the troika is currently reviewing whether the government in Athens has fulfilled those demands. In the end, though, the controllers are unlikely to have any choice but to disburse the money. Otherwise Greece could face an unstructured bankruptcy, with economic consequences that would be difficult to foresee.

In terms of communication, it appears that the troika is already trying to pave the path for a "yes" on the tranche payout. Recently, it gave unexpected praise for an agreement that would see Greece introduce additional austerity measures worth €11.5 billion in 2013 and 2014. "Talks went well, we made good progress," the IMF's mission chief for Greece, Poul Thomsen, told reporters. And the troika has stated that progress has been made with Greece's plans to privatize state-owned assets. The Greek government is claiming it will have binding offers for the sale of state gas company Depa and the gas grid operator DESPA by the end of September. The message is meant to be that things are moving forward.

Meanwhile, Greek Prime Minister Antonis Samaras wants to do a bit of hustling before the troika issues its decision. He is planning visits to Germany and France at the end of August. The Greek media have already reported on his plans for the trip: Samaras wants to ward off Greece's "quick euro death." 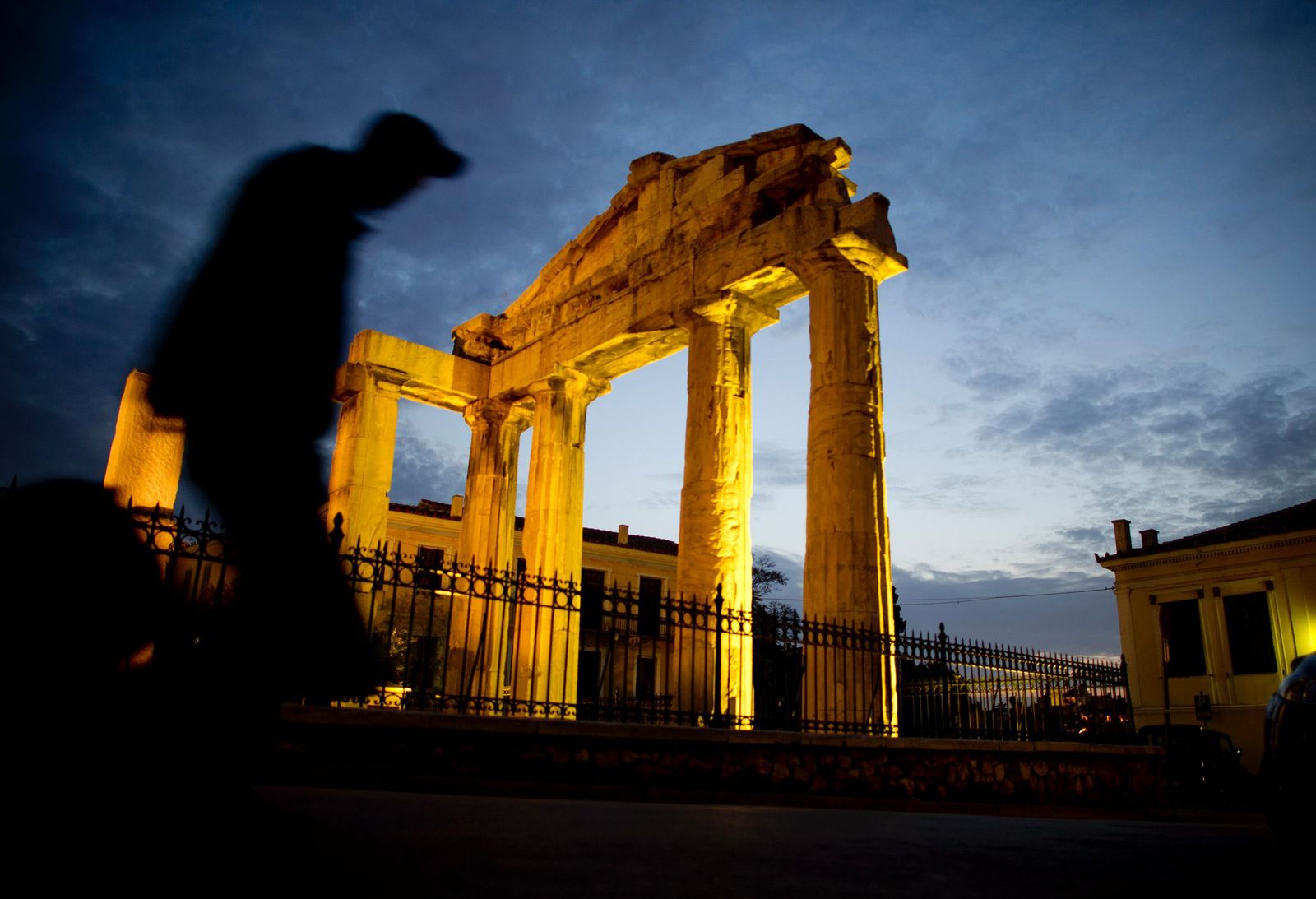 A panhandler in Athens: The ECB is now expected to help Greece until it receives its next tranche of EU aid.