The biggest worry harbored by Germans is that their savings will be devoured by inflation. The painful lessons of hyperinflation during the post-WWI Weimar Republic are deeply embedded in the collective consciousness, the standard explanation goes. In recent years, the European Central Bank (ECB) responded to Europe's debt crisis by flooding banks with cheap money. And German worries about inflation turned into all-out fear. Prices for what are believed to be safe investments -- gold and real estate -- have risen continually. And now ECB President Mario Draghi has reduced the main interest rate to its lowest level in history, taking it from 0.5 to 0.25 percent.

He also has every reason to take this step, because the greatest danger to the euro zone at the moment is that of deflation. Indeed, it is sinking rather than rising prices that are threatening Europe's economy. Last week the EU's Eurostat statistical office released its inflation figures for October -- with prices rising by just 0.7 percent, markedly below the approximately 2-percent increase the ECB aspires to in order to ensure price stability. "The zero came as a big surprise, also for the ECB," said Holger Schmieding, chief economist at Germany's Berenberg Bank.

Inflation hasn't been this low since 2009. In crisis-plagued countries in Southern Europe like Cyprus, Portugal and Spain, the rate came in below 0.5 percent. In Greece, prices have been falling since March. Germany may fear inflation, but the rest of the world is biting its nails over the possibility of the kind of deflation seen in Japan, where the economy has failed to take off for decades now. Deflation is when prices drop in the most important sectors of an economy over extended periods of time. Consumers delay purchases because they wait for lower prices, and companies earn less -- even as they are forced to keep paying their workers high wages.

Within the euro zone, the economy isn't recovering and unemployment is higher than ever before. Still, the ECB's interest rate cute has surprised many economists. Schmieding, the Berenberg economist, said he had been especially caught off guard by the speed of the decision, coming as it did just one week after the release of the new inflation data. "Draghi has shown that he can act quickly when he sees problems and that he can convince his governing council of the need for lowering the interest rate with record speed," he told SPIEGEL ONLINE.

Still, Schmieding is doubtful the move will have a major impact. "The effect will remain very limited," he said. "Interest rates for German households and companies are already very low and not much will change there." In short, he summarized: "It won't hurt anything, but it also won't do much either."

But Draghi has once again sent a strong message to the markets -- that the ECB is taking the threat of deflation seriously. He is also showing that the euro as a currency cannot be allowed to get so strong that it threatens economic recovery. Already today, export-focused companies, especially those based in Germany, are suffering under unfavorable currency exchange rates. On Thursday, the euro also registered a brief response. After the interest rate announcement, the euro's value against the dollar declined from $1.3514 to $1.3365. At the same time, Germany's blue chip stock index, the DAX, rose by more than 100 points.

The Fundamental Problems Will Not Be Solved

But the euro zone's biggest problems are of a different nature and are likely to persist, said Schmieding. "Do German companies have the trust they need to invest?" he asked. "Will small- and medium-size companies in Italy have access to credit?"

These problems won't be solved with the cut in the interest rate, Schmieding said, and the ECB has few possibilities for strengthening the euro zone's depressed lending market. Schmieding argues that banks have been holding back because they want to have enough capital on hand for the upcoming banking stress tests and have consequently maintained limited lending.

The banks also have reason to hope that the ECB will maintain its current policies for some time to come. While announcing the interest rate decision, Draghi said the ECB expects a "prolonged period of low inflation," but that the euro zone is not at risk of outright deflation.

The primary culprit for low inflation at the moment is sinking energy prices, but that could soon change. This spring, price increases are anticipated for coal, oil and gas, which could allow for a corresponding rise in the inflation rate. Draghi also sought to assuage concerns that the rate of inflation might drop again in November.

"We still have plenty of artillery," he said Thursday. But when it comes to lowering interest rates, Draghi has only one shot left to fire before his gun is empty and the main interest rate is at zero. 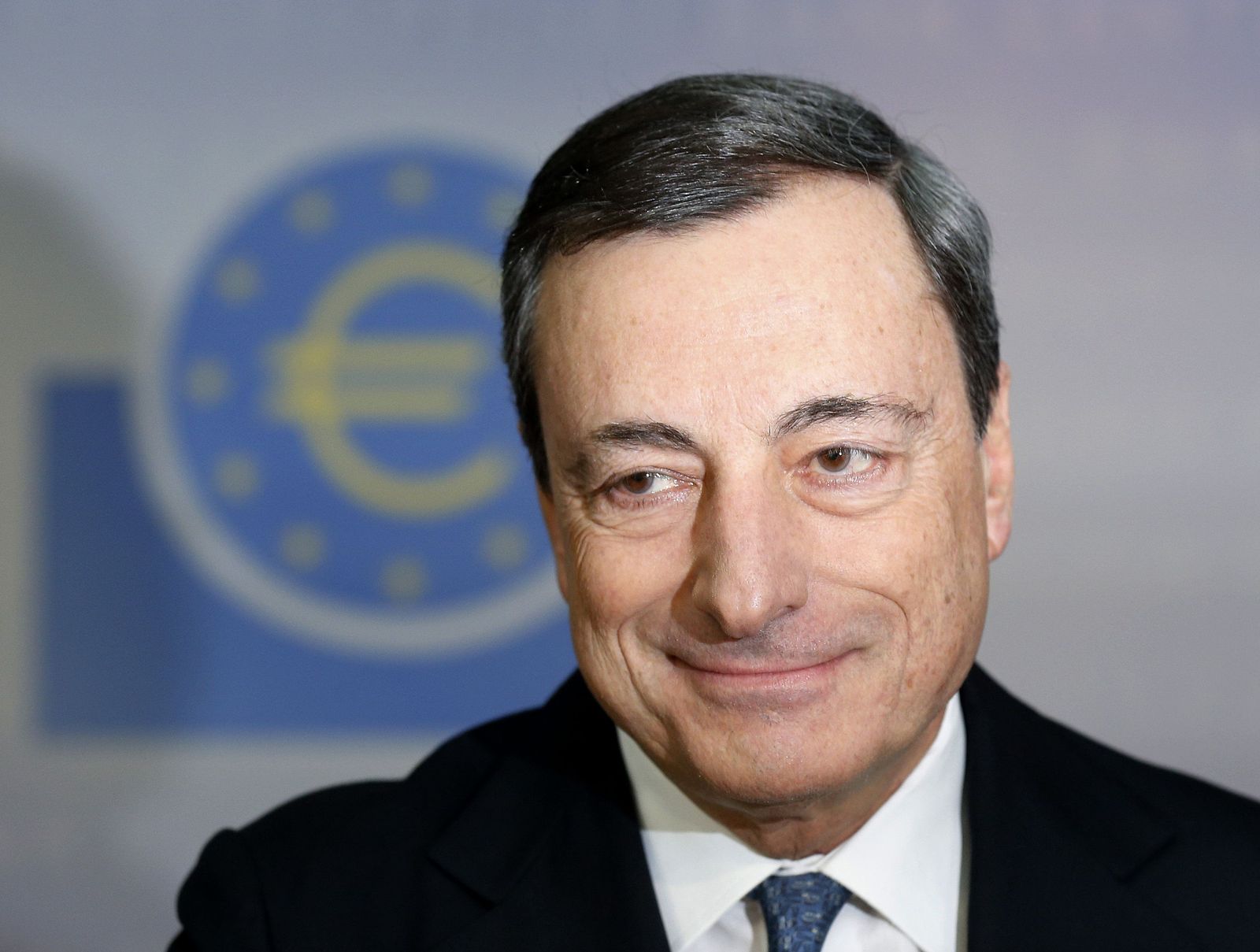 ECB President Mario Draghi expects a "prolonged period of low inflation" in the euro zone, but no outright deflation.