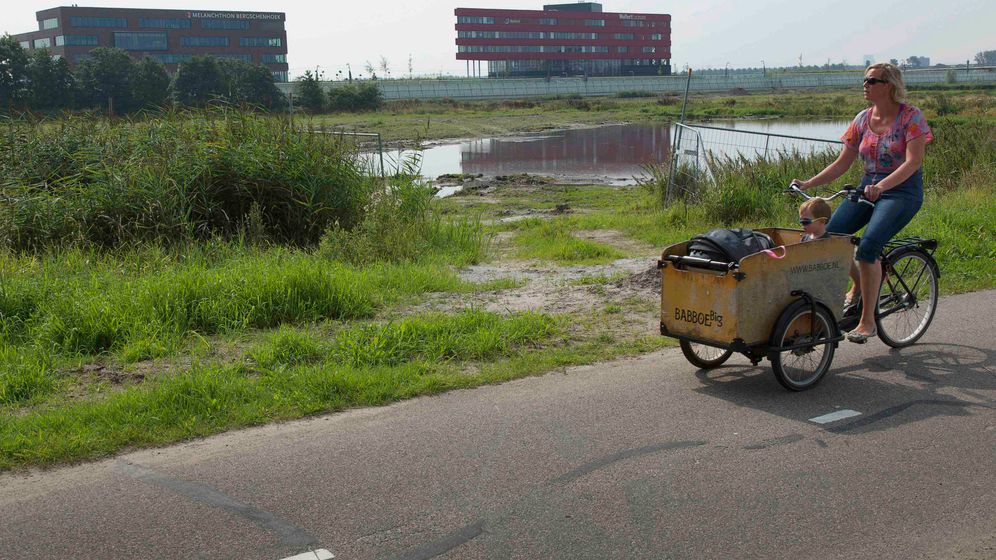 Michel Scheepens is familiar with risk. The 41-year-old oversees the energy market for the Dutch bank ING, and it's his job to determine whether his employer should finance such projects as a wind farm in Cyprus or a gas-fired power plant in Turkey. Until now, it was always other people's money that was involved.

For some time, however, Scheepens has been experiencing what a poor investment feels like on a personal level. Six years ago, the father of three bought half of a duplex for his family in the commuter town of Nieuw-Vennep, near the North Sea coast. The red brick building cost €430,000 ($552,000), but the bank generously offered him a loan of €500,000, so that there was enough money left over for renovations, along with notary and community fees. Scheepens had intended to resell the house after a few years, as is common in the Netherlands. But then prices tumbled following the Lehman bankruptcy. If the family were to sell the house today, it would have to pay the lender €60,000. His house is "onder water," as Scheepens says.

"Underwater" is a good description of the crisis in a country where large parts of the territory are below sea level. Ironically, the Netherlands, widely viewed as a model economy, is facing the kind of real estate crisis that has only affected the United States and Spain until now. Banks in the Netherlands have also pumped billions upon billions in loans into the private and commercial real estate market since the 1990s, without ensuring that borrowers had sufficient collateral.

Private homebuyers, for example, could easily find banks to finance more than 100 percent of a property's price. "You could readily obtain a loan for five times your annual salary," says Scheepens, "and all that without a cent of equity." This was only possible because property owners were able to fully deduct mortgage interest from their taxes.

Instead of paying off the loans, borrowers normally put some of the money into an investment fund, month after month, hoping for a profit. The money was to be used eventually to pay off the loan, at least in part. But it quickly became customary to expect the value of a given property to increase substantially. Many Dutch savers expected that the resale of their homes would generate enough money to pay off the loans, along with a healthy profit.

An Economy on the Brink

More than a decade ago, the Dutch central bank recognized the dangers of this euphoria, but its warnings went unheeded. Only last year did the new government, under conservative-liberal Prime Minister Mark Rutte, amend the generous tax loopholes, which gradually began to expire in January. But now it's almost too late. No nation in the euro zone is as deeply in debt as the Netherlands, where banks have a total of about €650 billion in mortgage loans on their books.

Consumer debt amounts to about 250 percent of available income. By comparison, in 2011 even the Spaniards only reached a debt ratio of 125 percent.

The Netherlands is still one of the most competitive countries in the European Union, but now that the real estate bubble has burst, it threatens to take down the entire economy with it. Unemployment is on the rise, consumption is down and growth has come to a standstill. Despite tough austerity measures, this year the government in The Hague will violate the EU deficit criterion, which forbid new borrowing of more than 3 percent of gross domestic product (GDP).

It's a heavy burden, especially for Dutch Finance Minister Jeroen Dijsselbloem, who is also the new head of the Euro Group, and now finds himself in the unexpected role of being both a watchdog for the monetary union and a crisis candidate.

Even €46 billion in austerity measures are apparently not enough to remain within the EU debt limit. Although Dijsselbloem has announced another €4.3 billion in cuts in public service and healthcare, they will only take effect in 2014.

"Sticking the knife in even more deeply" would be "very, very unreasonable," Social Democrat Dijsselbloem told German daily Frankfurter Allgemeine Zeitung, in an attempt to justify the delay. It's the kind of rhetoric normally heard from Europe's stricken southern countries. The adverse effects of living beyond one's means have become apparent since the financial crisis began. Many of the tightly calculated financing models are no longer working out, and citizens can hardly pay their debts anymore. The prices of commercial and private real estate, which were absurdly high for a time, are sinking dramatically. The once-booming economy is stalling.

Unemployment on the Rise

"A vicious cycle develops in such situations," says Jörg Rocholl, president of the European School of Management and Technology in Berlin and a member of the council of academic advisors to the German Finance Ministry. "Customers have too much debt and cannot service their loans. This causes problems for the banks, which are no longer supplying enough money to the economy. This leads to an economic downturn and high unemployment, which makes loan repayment even more difficult."

The official unemployment rate has already climbed to 7.7 percent. In reality, it is probably much higher, but that has been masked until now by a demographic group called the ZZP. The "Zelfstandigen zonder personeel" ("Self-employed without employees") are remotely related to the German model of the "Ich-AG" ("Me, Inc."). About 800,000 ZZPers currently work in the Netherlands.

One of them is Rob Huisman. The 47-year-old lives with his wife and son in Santpoort, near Haarlem. In 2006 Huisman, an IT specialist, left his position with a large consulting firm to start his own business. It went well at first, with Huisman earning €100 an hour. But over time many customers, both governmental and private, slashed the fees they were willing to pay. Sometimes jobs were simply deleted altogether. "For companies it's worthwhile to let their permanent employees go and then take on temporary work contracts," says the IT expert. "It saves them the social security costs."

There is cutthroat competition among the self-employed, who are undercutting each other to secure occasional jobs. "If you don't accept a job, someone else will snap it up," says Huisman. In addition, he is unable to pay contributions to his retirement fund at the moment. "We are living largely on our savings," he says.

No End in Sight

The Dutch have long been among Europe's most diligent savers, and in the crisis many are holding onto their money even more tightly, which is also toxic to the economy. "One of the main problems is declining consumption," says Johannes Hers of the Netherlands Bureau for Economic Policy Analysis (CPB) in The Hague, the council of experts at the Economics Ministry.

His office expects a 0.5-percent decline in growth for 2013. Some 755 companies declared bankruptcy in February, the highest number since records began in 1981. The banking sector is also laying off thousands of employees at the moment.

Because of the many mortgage loans on the books, the financial industry is extremely inflated, so much so that the total assets of all banks are four-and-a-half times the size of economic output.

In February, the government was forced to nationalize SNS Bank, the country's fourth-largest bank, because it had a large portfolio of bad loans for commercial real estate. The remaining banks only want to securitize a portion of their giant loan portfolios and resell the securities through a special mortgage bank -- primarily to the country's pension funds, where the Dutch have put away large sums for retirement.

Young families like the Scheepens, who have bought a home in recent years, are now hoping that they can at least keep their jobs. Although their duplex has lost value, they can still make the monthly payments.

But the cuts are getting closer. A neighbor recently lost his job, and well-educated people can no longer find jobs. "There is no end to the crisis in sight," says Scheepens. 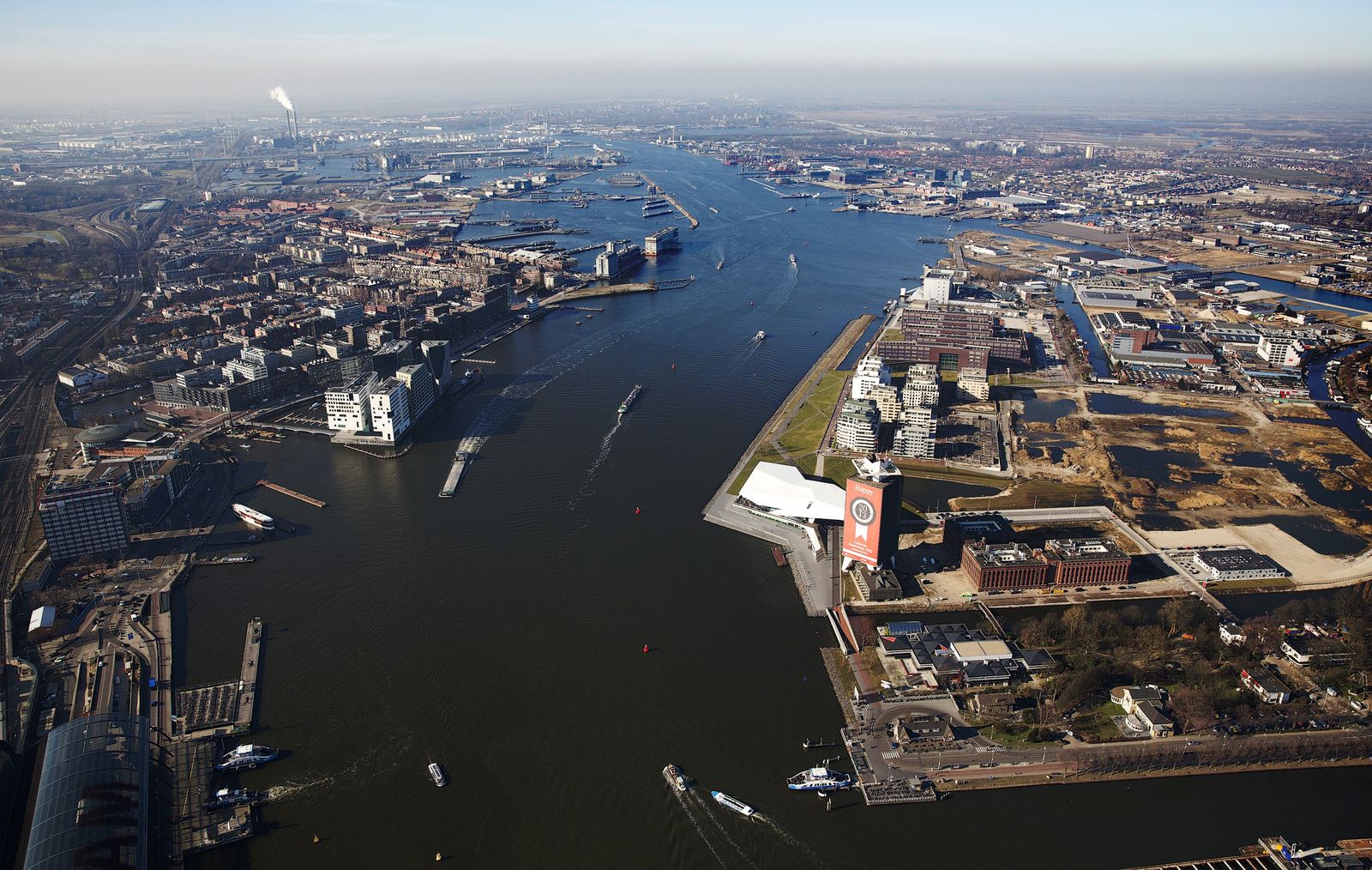 "Underwater" is a good description of the crisis in a country where large parts of the territory are below sea level. Ironically, the Netherlands, once a model economy, now faces the kind of real estate crisis that has only affected the United States and Spain until now. Here, an aerial view of Amsterdam.