A father and his daughter lie dead on the bank of the Rio Grande, entwined in an embrace, after drowning in their attempt to reach the United States. The man is Óscar Alberto Martinez Ramírez; his 23-month-old daughter was named Angie Valeria. They came from El Salvador and had attempted to swim across the border and the image of their bodies went around the world last week. It is absolutely heart-breaking.

It would seem that we need periodic reminders -- in the form of shocking, iconic images -- that the immigrants who are a source of conflict in the political arena are, in fact, vulnerable human beings. In the United States, the photo triggered a response similar to the one in Germany in 2015, when pictures of the deceased three-year-old Alan Kurdi, whose body washed up on the beach in Turkey, made the rounds. The image is illustrative of Donald Trump's hardline immigration policy and of the new rules requiring that asylum applications be submitted on Mexican soil. In addition came the revelations last week that U.S. authorities in Texas exposed around 300 children to inhuman conditions in cells with open toilets in the middle of the room and a lack of soap, clothing and food.

As if that's not enough, Trump's pick as the next director to lead the Immigration and Customs Enforcement (ICE) agency once said that when he looks into the eyes of detained migrant children, he sees future gang members. Little more needs to be said about a government that, in its battle against immigration, has declared children to be its enemies. Without a doubt, America is no longer the country that was once proud to offer a new home to immigrants from around the world.

It has, one could argue, become more European.

A tragedy at the U.S. border

Today's migration policies in the European Union are even more brutal than those pursued by Donald Trump. It may be true that the Europe doesn't have border officials separating children from their parents, but the Europeans have entered into pacts with Libyan militias that operate horrific camps where torture and rape are commonplace, and they work together with the so-called Libyan coast guard, which is little more than a militia at sea. Sea rescue operations in the Mediterranean have practically been shut down, and Italian hardliner Matteo Salvini is no longer allowing private rescue ships to come ashore in the country.

The aim of all of this is clear: The crossing to Europe should be made more dangerous as a way of discouraging migrants from attempting it. And it seems to have worked: Fewer boats are coming. But more of those who try are dying. This year alone, just under 600 migrants have drowned in the Mediterranean, a figure that is far greater than the number who have died along the U.S.-Mexican border. The horrors of the EU's migration policies aren't playing out in front of the cameras -- they are unfolding in North Africa and on the high seas. There was one exception last week: The captain of a ship with the German rescue organization Sea Watch, Carola Rackete, steered her ship to Lampedusa because people on board had already spent two weeks crammed together on deck and she felt the situation was no longer tenable. The captain was promptly arrested upon the vessel's arrival in Italy. She was released by an Italian court on Tuesday.

Despite the suffering, the situation in the Mediterranean Sea is quite convenient for countries in northern Europe, while Italian Interior Minister Salvini is playing the role of brutal doorman and scapegoat. The numbers of refugees are stable, but the status quo also means that the issue of migration isn't being solved. And meanwhile, the EU is selling its soul.

It's not as though there is a lack of ideas for a morally and legally justifiable immigration policy that doesn't give up control of Europe's borders. For years now, migration experts have been proposing a mix of measures: central and humane initial reception centers where decisions on asylum applications are made expeditiously -- and from which rejected applicants could be swiftly deported. This would require a repatriation agreement with countries of origin and, in exchange, more legal paths for labor migration. Given that the EU is unable to agree on binding admissions quotas, a handful of countries should form a coalition of the willing. Even humane reception camps in third countries under EU supervision could be an option. You can't prevent migration, but you can at least attempt to regulate it. However, the EU member states, the German government included, aren't making any serious efforts to deal with the issue. Instead, they've outsourced the horrors and washed their hands of any guilt.

Which is why it is only a matter of time before the next iconic image of dead immigrants will shock people around the world -- without changing anything. 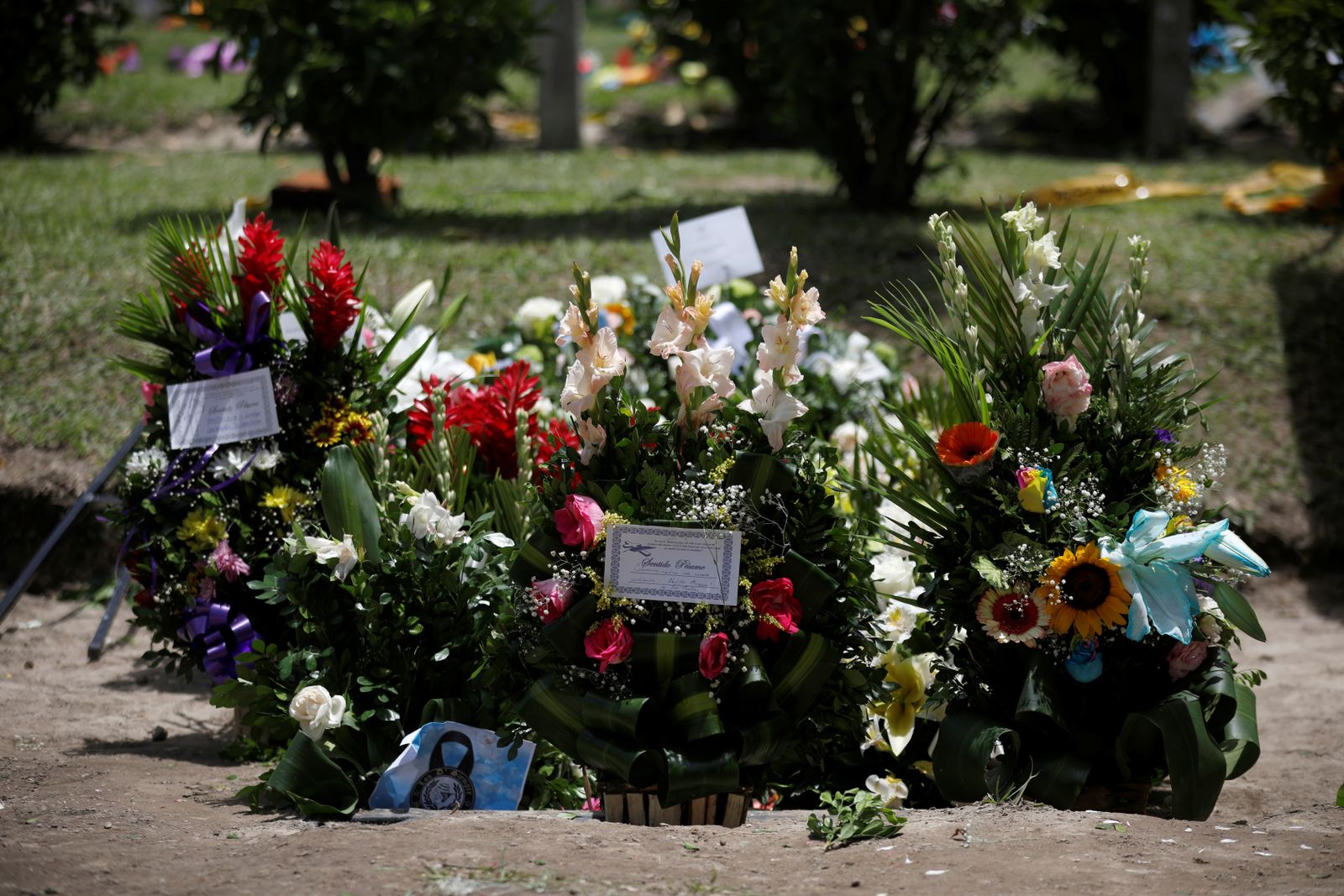 Flowers at the site where Oscar Alberto Martinez Ramirez and his daughter Valeria drowned in the Rio Grande. 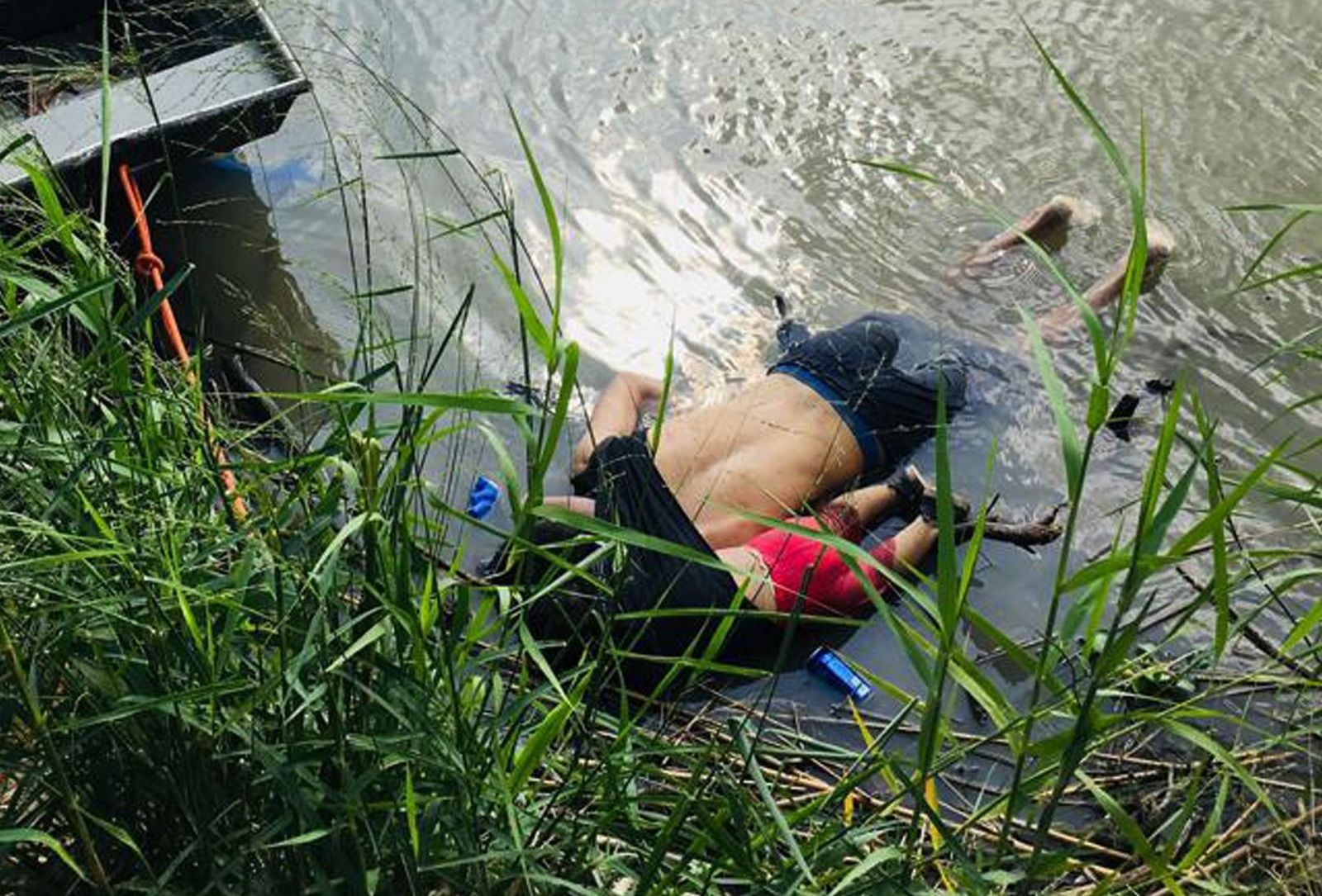 A tragedy at the U.S. border