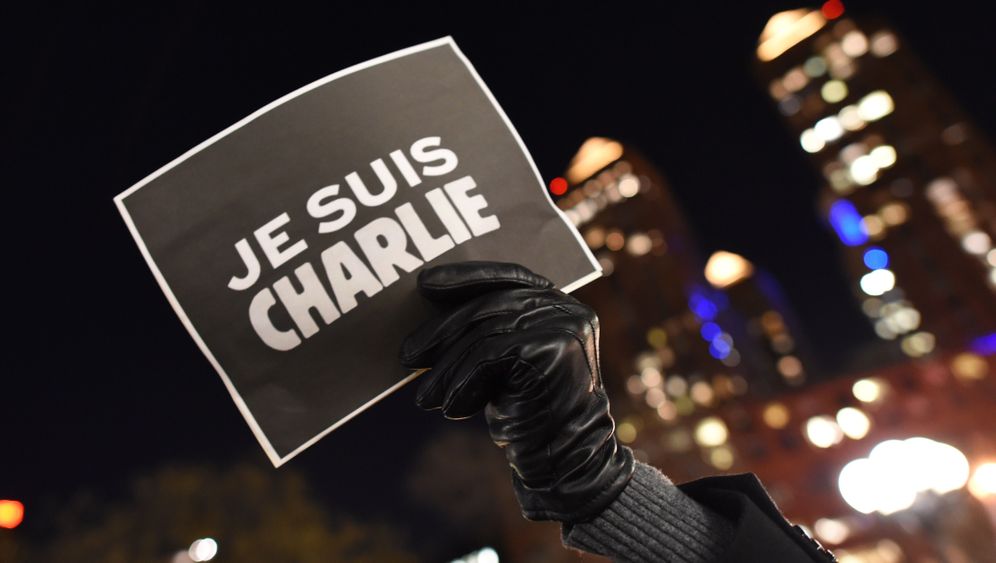 Twelve people are dead and many others are critically injured. Four cartoonists from the French satirical paper Charlie Hebdo died because they drew images fanatics didn't want to see. Two police officers died because they were assigned with protecting their freedom to draw those images. Six additional people died because they got in the way of the three heavily armed murderers during their attack on freedom.

If the armed attack on the Charlie Hebdo editorial conference leads to increased self-censorship on the part of satirists and critics of Islam, then terror will have won. But it will also have won if every faithful Muslim suddenly falls under suspicion of being a violence-prone Islamist. Terrorism cannot be allowed to have any influence on the actions and thoughts of individuals. Otherwise freedom is lost. Now, more than ever, open society must demonstrate that it is able to integrate -- and tolerate -- the most disparate of views.

Those who feel the need to posit that the dead Charlie Hebdo cartoonists were "stupid" to have engaged in "Muslim baiting," such as Tony Barber did in his opinion piece for the Web version of Financial Times mere hours after the crime was committed, certainly have the right to do so. But he is misguided on two counts: He implies that the murderers somehow represent all Muslims, rather than merely being violent fanatics of a kind that are detested by the overwhelming majority of the Islamic faithful just as they are by all people capable of reason. And he partially vindicates the terrorists' despicable crime by deferring to their barbaric view of the world at a time when a strong defense of the freedom of expression would be in order -- even if that freedom is not always used constructively, and even if some opinions expressed are profoundly disturbing.

Leave the Bickering for Later

Then there are those -- like the German anti-Islam movement Pegida -- who contentedly gloated on the day of the attack that they have long been warning of violence-prone Islamists. And those, like Alexander Gauland of Germany's right-wing populist Alternative for Germany (AfD) party, who sought to use the horrific attack to promote his party's reactionary political views. They certainly have the right to do so. But they are engaging in the detestable business of dividing society.

No, now is the time for finding the murderers and for punishing them and all those who helped them. Now is the time to mourn the 12 murder victims together with their families and friends. Together with the French, who just suffered through a day of terror in the heart of their capital. Together with all peace-loving Muslims, Christians, Jews, adherents of all religions, agnostics and atheists. Together with all those who now justifiably fear that the attack in Paris will make tolerance even scarcer and that hate and violence will engender yet more hate and violence.

Because we are all Charlie.