In just a few weeks, French President Emmanuel Macron is slated to speak to members of European Parliament in Strasbourg. Already, though, leading MEPs are getting their responses ready. Philippe Lamberts, for example, floor leader for the Green Party, intends to excoriate what he sees as Macron's cold-hearted approach to those in need -- despite the French president's devotion to improving the European Union. Floor leaders from the center-right European People's Party (EPP) and the European United Left will also be taking the floor following Macron's speech in April -- and they, too, won't be exclusively complimentary.

Indeed, it has already become clear that the French president's first appearance in front of the European Parliament will be anything but a cakewalk. The man who saved Europe from Marine Le Pen must now prepare himself for a frosty reception in Strasbourg. But Macron shouldn't be surprised: After all, the French president has said he intends to continue in Europe what he has started in France: destroying the traditional parties on the center-left and center-right and replacing them with a new centrist movement. "I will not leave those major European parties a monopoly on the debate about Europe and the European elections!" he said in his Sorbonne speech last September.

And now, politicians in Brussels know that he meant what he said, and that he is serious about challenging them and the established party structure. Macron wants to fundamentally change how politics is practiced in Brussels, and he wants to do so to his own advantage. But while Macron may be the leading voice on European reform at the moment, he lacks troops in Brussels. His En Marche! movement currently doesn't have a single delegate in the European Parliament and he also lacks a representative on the European Commission, with the French commissioner, Pierre Moscovici, coming from the Socialist Party.

Macron isn't just interested in having the largest possible parliamentary group with En Marche! and allied parties following 2019 European Parliament elections. The French president is particularly focused on increasing his own influence to the point that he can be a major voice in determining the future EU leadership, including the Commission president, the European Council president and the head of the European Central Bank (ECB).

The man who has been tasked with spreading Macron's French revolution across the entire continent is Pieyre-Alexandre Anglade, a 31-year-old who looks as though he might still be preparing for high school final exams. A former assistant to European parliamentarians, for the last three-quarters of a year, Anglade has been a member of the National Assembly, France's lower house of parliament, representing French voters in the Benelux countries.

'We Will Be the New Force in Europe'

Since the beginning of the year, Anglade has also been leading a European elections taskforce on behalf of Macron's En Marche! movement -- one that aims at striking fear into the hearts of conservatives, Social Democrats and economic liberals. "A development like the one we are seeing in France only comes along once every 50 years," Anglade gushes. "The old parties are gone." If it were up to him, this process of creative destruction would now spread to established political party structures across Europe. "We founded En Marche! in France, and we are now going to found it in Europe. We will be the new force in Europe."

Plenty is still in flux, but it seems clear that Macron doesn't plan to simply join one of the existing groups in the European Parliament. Guy Verhofstadt, head of the parliamentary group Alliance of Liberals and Democrats for Europe (ALDE), the primary proponents of economic liberalism in Brussels, is in frequent contact with Macron via text message, but he still hasn't been invited to Élysée Palace. The Socialists are in the process of shrinking into meaninglessness across Europe. And the EPP, the European Parliamentary group to which Chancellor Angela Merkel's Christian Democrats (CDU) belong, in addition to the parties of Silvio Berlusconi in Italy and Viktor Orbán in Hungary, doesn't seem to Macron like the right political ally either.

Instead, he will likely choose to establish his own group following European elections. "He will offer a platform for pro-European parties," says long-time Green Party notable Daniel Cohn-Bendit, who is likewise in regular contact with Macron. The hurdles to doing so are not high: All one must do is find 25 parliamentarians from seven different countries willing to join.

Anglade has begun putting together a network of pro-European powers. En Marche!, for example, has established contact with Ciudadanos, the liberal party in Spain that is currently leading in the polls. And party leader Albert Rivera looks a lot like a Macron clone: a young and handsome economic liberal.

In Italy, meanwhile, the center-left ex-prime minister Matteo Renzi could head up a pro-Macron list, assuming he manages to recover from his bitter defeat in recent elections and subsequent resignation as head of the Democratic Party. And in Slovakia, a new left-leaning economic liberal party called Progressive Slovakia was founded last year based on the En Marche! model.

Indeed, there are nascent efforts across Europe to establish movements similar to En Marche! - everywhere, that is, but in Germany, where Anglade is exercising caution. For one, the German party system is still seen as being relatively stable despite the rise of the right-wing populist party Alternative for Germany. For another, Macron is wary of antagonizing Merkel's conservatives or the center-left Social Democrats (SPD) since he needs the chancellor and incoming Finance Minister Olaf Scholz (of the SPD) to implement at least some of the EU reforms he has proposed.

As such, it is all the more important for Macron to break apart existing party groups within European Parliament and lure away individual deputies. The fact that some of the groups are little more than loose alliances with no ideological core will no doubt help in this endeavor.

In recent weeks, French Social Democrat Gilles Pargneaux has assembled a list of around 70 European parliamentarians who have outed themselves as being pro-Macron, though without, of course, turning their backs on their own parties. "We want to show that Emmanuel Macron's ideas set forth in his speech at Sorbonne University enjoy broad support in the European Parliament across all parties," Pargneaux says. "It is quite possible that it will develop into the core of a new group in parliament."

But as has always been true in politics, every movement triggers a countermovement, and distrust of Macron is on the rise within the Brussels establishment. Manfred Weber, for example, head of the EPP group, which is the largest fraction in the European Parliament, traveled to Paris a little over two weeks ago for the sole purpose of singing the praises of his party alliance. And even Elmar Brok, the enthusiastic pro-European MEP from Merkel's CDU, has begun voicing criticism of Macron. "The French president," he said recently, "is only familiar with a weak parliament from his home country. But the European Parliament will not allow itself to be pushed into that mold."

Macron has already suffered initial defeats at the hands of the European establishment. In February, a clear majority in the European Parliament voted against Macron's proposal to replace British MEPs post-Brexit with candidates elected on the basis of transnational lists, one of the French president's most important ideas for injecting more democracy into the European project. The EU summit at the end of February likewise rejected the idea.

Macron's proposals for reforming Europe's economic and currency union, which are among his most important EU-related ideas, have likewise become bogged down and are in danger of fading altogether. Nobody in Brussels is talking about a European finance minister anymore.

Even more concerning, in December it was announced that Macron and Merkel planned to introduce their German-French EU reform proposals at the March summit in just over a week. Now, though, the two have backed away from that timeline. "It's been cancelled," says an EU official familiar with the details. At least for now. "There simply isn't anything to announce." The Germans have made clear to the Council that nothing could be expected.

Merkel aides have said that the announcement was cancelled because, due to protracted coalition negotiations in Berlin, government officials haven't yet had time to think about a eurozone budget or about reforming the ESM bailout fund. That, though, isn't entirely true: The EU policy section of the new coalition agreement was largely negotiated without input from the government specialists in question.

In reality, Merkel wanted to tap the brakes on Macron's reform train to give her new government an opportunity to get its feet wet. Once it does, there will still be plenty of time to lend a German flavor to Macron's reform proposals. In response to a request for comment from DER SPIEGEL, government spokesman Steffen Seibert said that once the government in Berlin is sworn in, work on the reform plans will be "intensified in close partnership with France."

It remains completely unclear whether there might be more to present by the summit in July than just a couple of long-overdue fixes, such as a joint European backstop fund for the EU banking union. Recently, several eurozone member states, including the Netherlands and Austria, joined forces to prevent reforms that go too far.

A Rather Ambitious Set of Talks

As such, it is even more important for Macron to remain involved in the upcoming personnel decisions. The naming of the next European Commission president is decisive, and he doesn't intend to stand aside as European party alliances simply install one of their candidates without his input. He has big plans for Europe, and that position is vital -- perhaps even more important, say Macron's people, than the job of ECB president.

The importance Macron is attaching to the position of Commission president, though, is bad news for Michel Barnier. In Brussels, Barnier, who is leading the Brexit negotiations on behalf of the EU, is seen as a strong candidate for the job. Furthermore, surveys indicate that his party group, the EPP, is almost sure of victory. But Macron's followers consider Barnier to be a representative of the old France -- and he also doesn't come from the Macron camp.

In Berlin, it is presumed that Macron will try to use the coming negotiations over economic and currency union reforms to reach an agreement with the Germans over who to appoint to EU leadership positions. It would be, in other words, a rather ambitious set of talks.

And it would also be a far cry from the hopes frequently voiced by both Macron and German politicians for greater transparency and democracy in Europe. 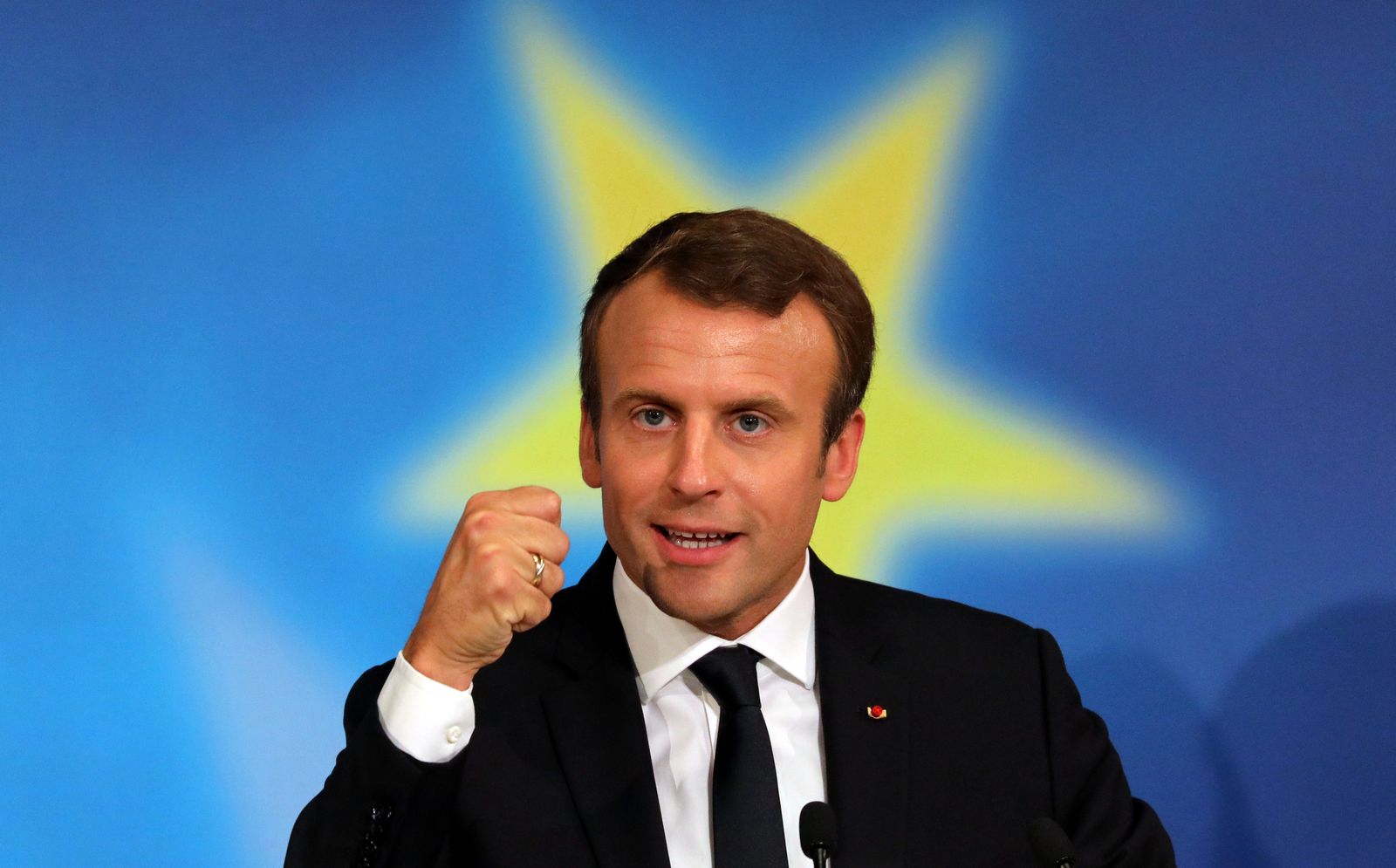 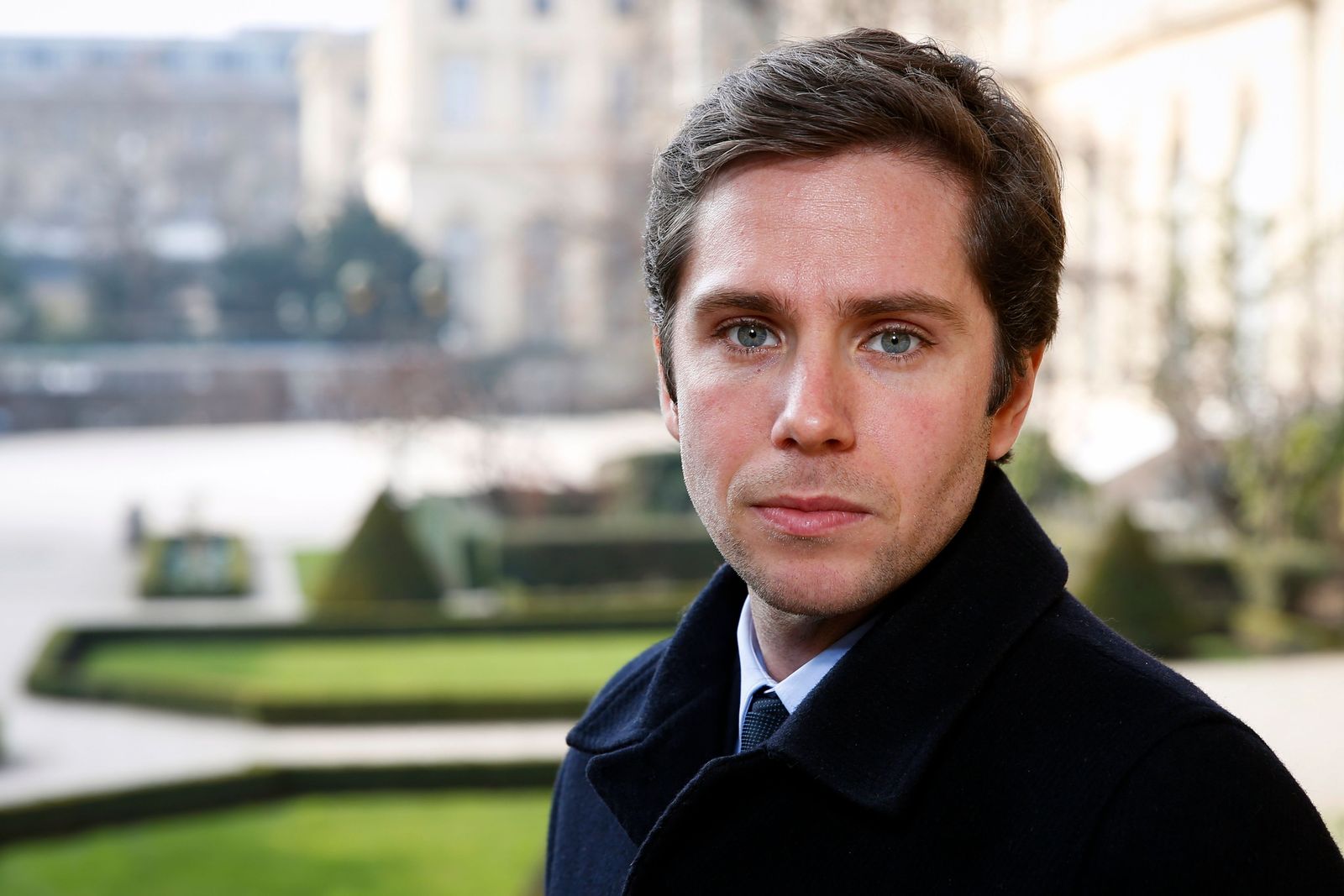