Michael Werz works at the Center for American Progress, a liberal Think Tank in Washington D.C. and is a member of the recently established "Turkey 2023" Trilateral Task Force, an effort to outline a long-term prosperity vision for Turkey, explore Turkey's role in Europe and the trans-Atlantic relationship, assess the state of the Republic and its institutions 100 years after its foundation.

Late in the summer of 1999, over 18,000 people lost their lives in an earthquake that struck northwestern Turkey. The high number of casualties was partly a consequence of massive migration within the country from Anatolia to the wealthier cities of western Turkey: Between the years 1980 and 1985 alone, the population of Istanbul exploded from 2.8 million to 5.5 million. Many of the new houses and apartment complexes in the cities of western Turkey were hastily erected and did not meet legal standards -- many collapsed in the quake, burying under their rubble thousands of families' dreams of joining the middle class.

The country's traditional elite never recovered. The coalition government led by Bülent Ecevit collapsed after years of economic downturn and extreme rates of inflation. Parliamentary elections in November 2002 brought about a second earthquake, this time political. None of the established parties made it into the parliament, but the year-old, conservative Justice and Development Party (AKP), led by Recep Tayyip Erdogan, came out on top with over 34 percent of the votes. Turkey's archaic majority electoral system gave the AKP almost two-thirds of the seats.

An unexpected liberalization of Turkish society followed: The press and the public enjoyed greater freedom of expression, and extensive economic reform programs were introduced. The Turkish military, notorious for staging numerous coups and for reckless clashes with Turkey's Kurdish population throughout the 1980s and 1990s, was forced out of politics. After years of stagnation, Turkey under the AKP began to reap the benefits of modernization.

Yet the combination of Turkey's strong regional influence thanks to its NATO membership, the sensational growth in the country's corruption-prone construction sector, and the need to craft an entirely new political machine following the watershed election of 2002 quickly translated into an enormous windfall for the party. In many ways, the AKP quickly became a victim of its own success. Party officials were not ready for the wealth, popularity, and power that quickly accrued, as Turkey's regional integration and construction-fueled economic boom created ample opportunities for patronage, corruption, and careerism. The AKP, which had campaigned as a modernizing force against the old elite and the military's interference in politics, became a vehicle for patronage and a means for new segments of Turkish society to entrench themselves in a new elite. The party lacked the democratic credentials and intellectual mettle to resist these forces, and its reform agenda slowly withered. As domestic criticism, foreign policy mistakes, and every intra-party conflicts mounted, the party became increasingly inflexible and insular. 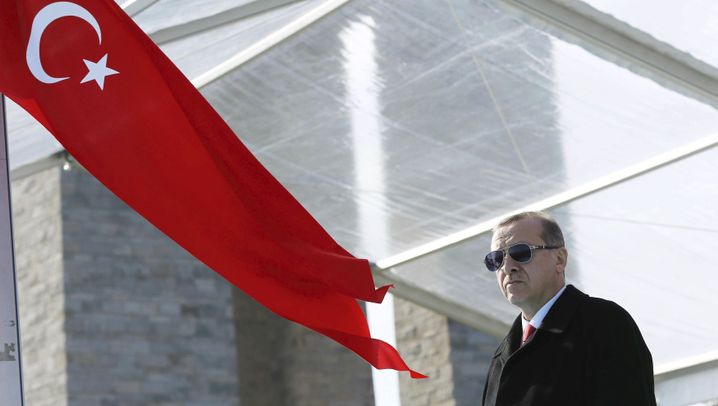 Photo Gallery: The Autocrat on the Bosporus

Turkey's political system had been defined for decades by the alternating shifts between military dictatorship and weak democracies, but the AKP had overseen a key transformation; they would soon show that a strong democratic government could be equally effective in dismantling checks and balances. Ironically, the once anti-state AKP began to dismantle the nascent democratic checks and balances which had enabled its rise, limiting freedom of expression and treating every form of dissent as a conspiracy to undermine the government. The party fell in on itself, increasingly enforcing a strict party line, punishing those who challenged that line, awarding key positions to loyalists, and expelling or sidelining moderates within the party.

The year 2013 was pivotal. The democratic Gezi Park protests in the heart of Istanbul -- which gave voice to those angry about the closing of the public sphere in Turkey -- acted as the trigger. The harmless protests were brutally suppressed by the police, drawing international condemnation and turning many ambivalent urban Turks against the government. Later that year, evidence emerged that Erdogan's family -- and the then-prime minister himself -- may have been personally involved in a massive corruption scandal. The disillusionment of many Turks outside the AKP's conservative base with the government became irreversible.

The situation has become increasingly hopeless since 2013. The pressure to stay in power at any cost has become so intense that the AKP has begun targeting societal and political institutions and has even launched a new military campaign against the Kurdish population in order to reverse a weak performance in the election of June 2015.

It is important to remember that the AKP's Islamist ideology is less the cause and more the means of this developing authoritarianism. A common argument made to justify Turkey's dismantling of democracy is that the country is pursuing its own path independent of universal, Western values --these simplifications are especially popular with President Erdogan and his ever-shrinking circle of advisers. This is a limited view of the world and of Turkish society, the diversity of which belies Erdogan's claims. But perhaps this should come as no surprise: As the former mayor of Istanbul, Erdogan had next to no foreign policy experience before assuming the premiership, and he can neither speak nor read English. Lately he has governed Turkey in the way one might run a local council: He has been pig-headed, vengeful, and overly-confident in his own abilities and his understanding of the world. Turkey's current domestic crises and its international isolation are consequences of this approach.

The end of the Cold War had a liberating effect on Turkish foreign relations. The country had previously been frozen in place as NATO's southeastern flank and, from Ankara's perspective, surrounded by enemies. After 1990, that view completely changed. Amid this expectant atmosphere, a Turkish foreign policy doctrine developed which saw a world free of adversaries and enemies and full of economic opportunity. That doctrine was combined with the political leitmotif of a post-Kemalist, benevolent regional power and the prospect of membership in a prospering European Union. In its early years, the AKP embraced this reinvention of Turkish foreign policy.

Today, 14 years after its first election victory, the AKP stands before a policy in shambles. The idea of peaceful coexistence with its neighbors has fallen victim to regional turmoil and Turkish missteps.

More Distant than Ever

A solution to the Kurdish conflict inside Turkey itself appears more distant than ever. The prospect of EU accession may have been revived following years of European resistance, but for the worst reasons: Turkey may be rewarded with the acceleration of accession negotiations, visa relief, and billions in funding in exchange for Turkish help in stopping the refugee influx -- a dubious quid pro quo. Turkish relations with Washington are likewise dictated by the day-to-day and the transactional, but instead of the refugee crisis, the military operations against Islamic State dominate that bilateral relationship.

What can be done? There is no way around the fact that, to avoid collateral damage to both the EU and Turkey, a solution to the refugee crisis must be embedded within a longer-term strategy. In the current debates, the need for a revitalized trans-Atlantic Turkey strategy and a new approach to President Erdogan has become clear. There are at least three points of departure for a new approach to Turkey.

First, we must eschew outmoded categories left over from the Cold War era of bloc confrontation. Turkey is neither a "buffer state" nor is it a "bridge region." Rather, it is a key country with interests of its own and is of significant strategic importance to Europe, the US, and the Middle East. Western partners need to evaluate Turkish interests and see what can and cannot be done to accommodate them, demand reciprocity and manage what is becoming a transactional relationship.

Second, there can be no silent acquiescence when democratic rights are infringed upon, when people are being killed, and when the separation of powers is being undermined. Only a modern, open, democratic Turkey holds the promise of stability and closer cooperation with the European Union in the coming decade.

Third, the US and the EU must help the AKP government and Turkey's president free themselves from their dangerous isolation and their ideologically fueled spiral of violence -- with clear unilateral action, if necessary. In other words: the West must push Turkey to guarantee equal rights for Kurds in Turkey and pursue détente with the Kurdish Democratic Union Party (PYD) in Kurdish areas of northern Syria as first steps. Without Turkey as a reliable exporter of security, a peaceful order in the region cannot be established, and Turkey cannot be secure while it is at war with itself.

There is no alternative to once again binding the current and future Turkish governments closer to the West. But this requires much greater coordination among trans-Atlantic partners than has thus far been the case. Germany, most of all, must assert its substantial leverage on Turkey. The metamorphosis of erstwhile reformer Recep Tayyip Erdogan and Turkish society's current process of self-destruction give little cause for hope. That is reason enough for Germany to abandon its role as innocent bystander.

The predictable trend towards a constitutional change that would retroactively validate President Erdogan's power grab makes resolute political action even more imperative. The pacification of Turkey and the reintroduction of minimum standards of civilization are not the only issue. Tensions between Turkey and Russia in Syria have made clear the dangers posed by local conflicts stoked by narrow-mindedness and right-wing populism.

The stability of the old, Cold War world was rooted in the logic of bloc confrontation. Today, there is need for a new regulatory force to slow the descent into anarchy and chaos. Neither the US nor Europe can play this role alone: A new era demands innovative forms of trans-Atlantic cooperation. That includes recognition by Europe and the US that Turkey, the Middle East, and North Africa share important political and economic ties that require an all-encompassing and cooperative policy towards the Mediterranean littoral. Such a strategy will demand improved security capacity and operational readiness from European NATO members -- Germany first and foremost. And it will require the trans-Atlantic allies to address the structural causes for state breakdown and refugee movements, which will in-turn require improved risk analysis and far-reaching measures on issues from climate protection and economic development to modern migration policies. 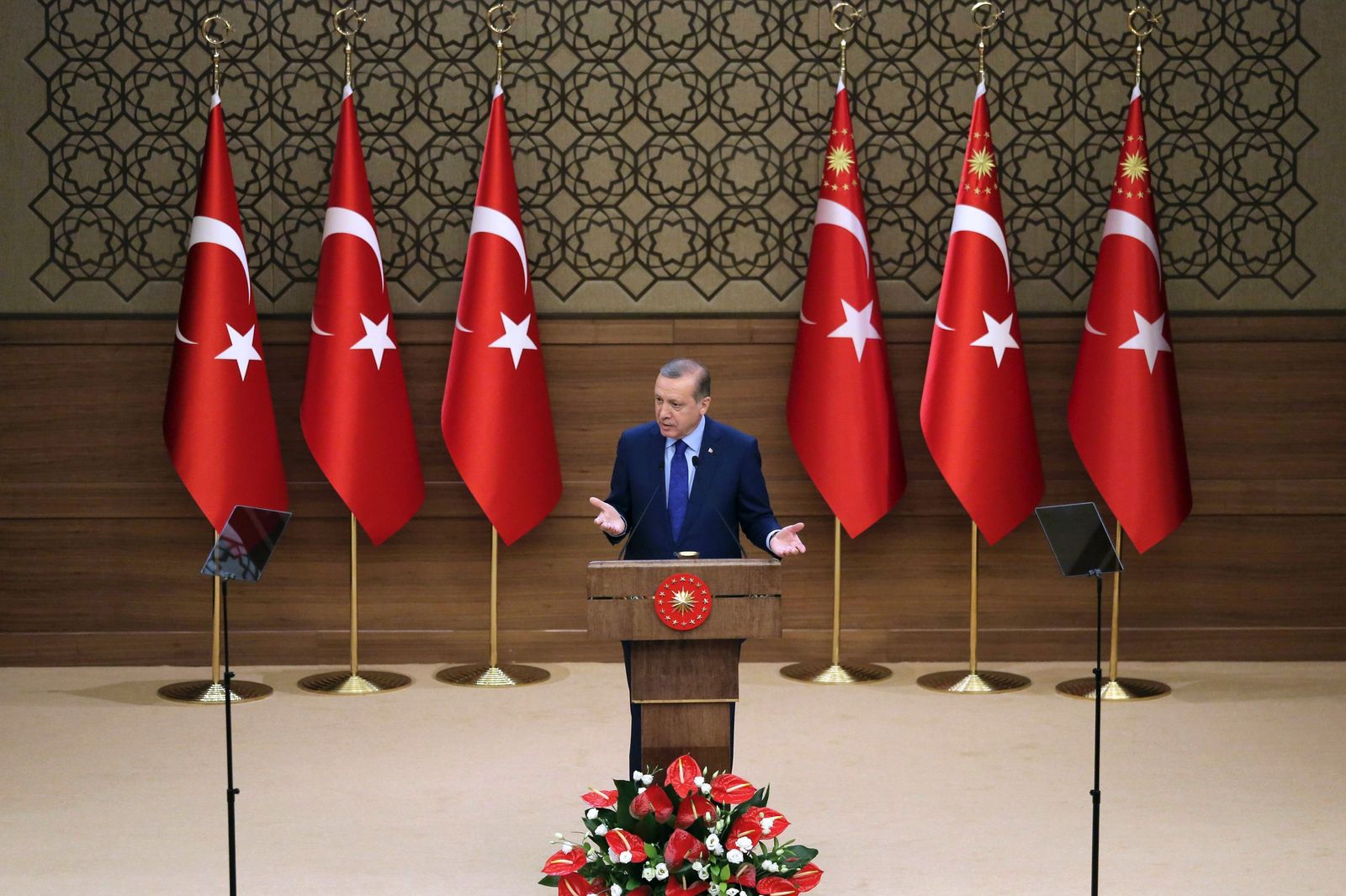 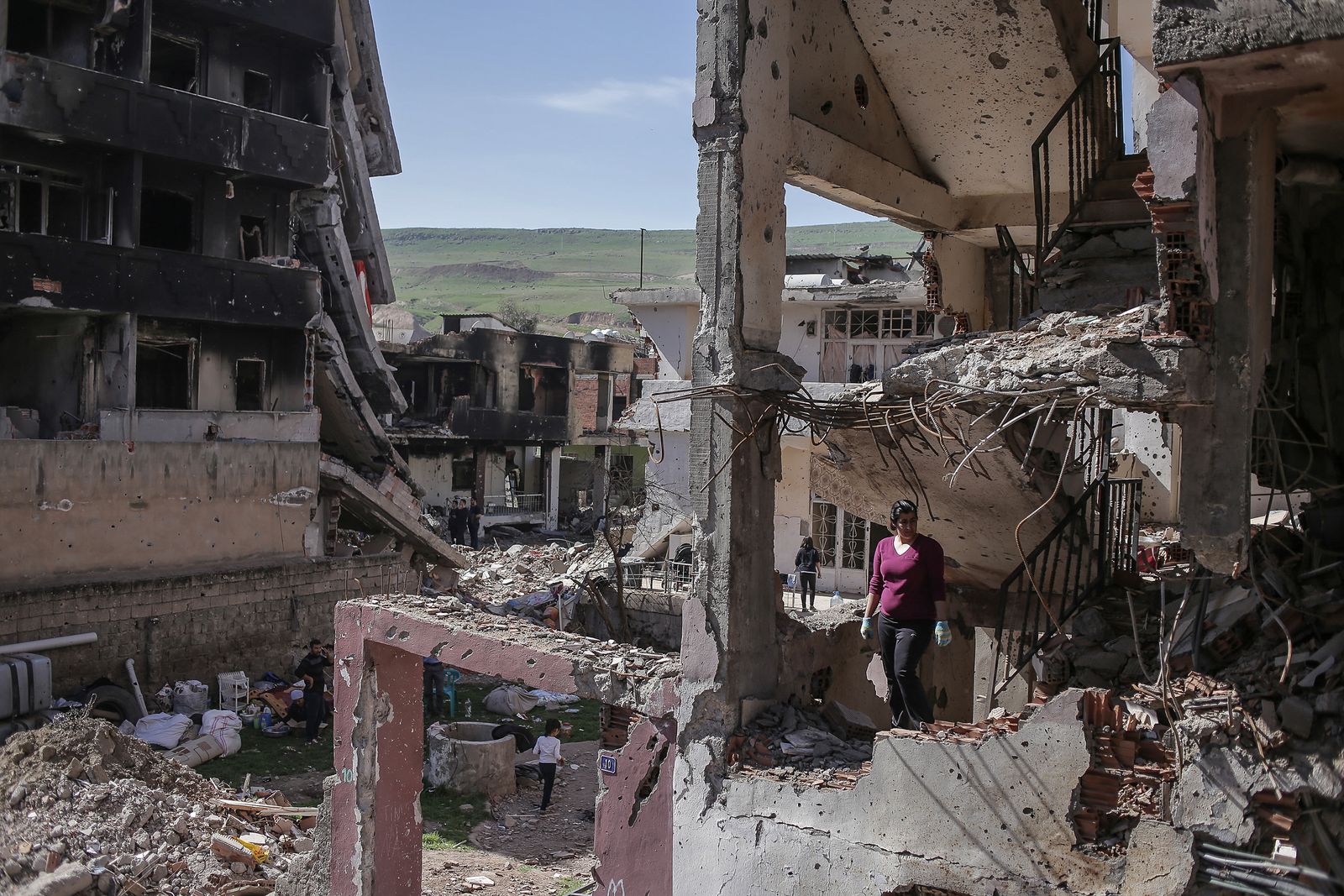 Erdogan has shown in recent months just how ruthless he can be. After the Kurdish party HDP won 13 percent in elections last year, Erdogan immediately put a stop to the peace process with the Kurds and reopened the civil war in southeastern Turkey. Hundreds have fallen victim to the renewed violence, but Erdogan got his absolute majority back after calling for snap elections.