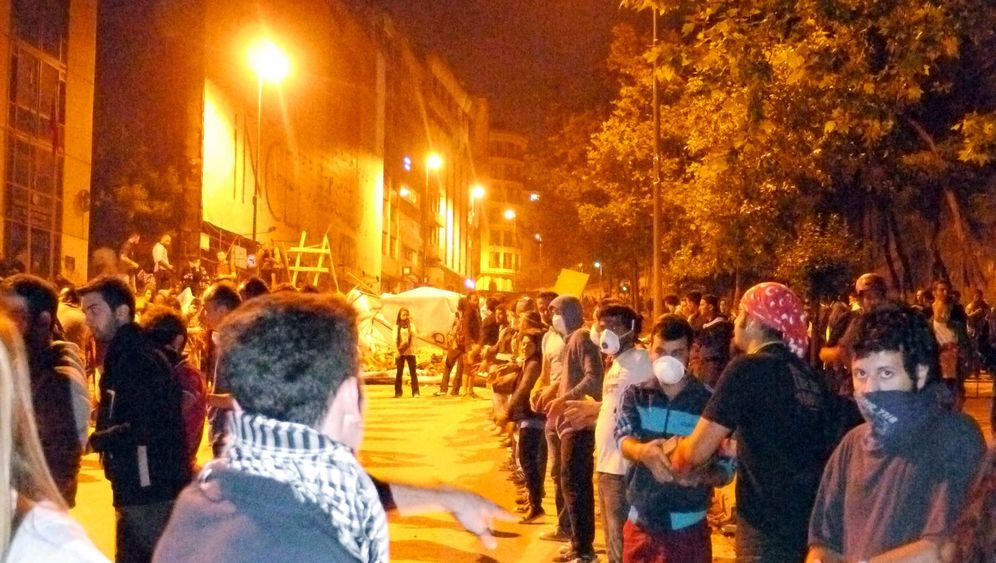 In Turkey, there are always at least two truths. On Taksim Square in Istanbul, and on the streets of many other cities in 77 of Turkey's 81 provinces, the prevailing truth is that Prime Minister Recep Tayyip Erdogan is curtailing civil rights, governing in an autocratic manner and is trying to force his conservative religious values on the population.

That is the truth motivating tens of thousands of demonstrators to take to the streets for six days, despite tear-gas and truncheon attacks by police. The Turkish Medical Association (TTB) estimates that three people have died and more than 4,000 have been wounded during the protests. There are no reliable figures regarding the number of arrests.

But there is another truth in Kasimpasa, the former dockyard area of Istanbul where Erdogan grew up, and in other more religious parts of the city and in villages throughout the country. In these areas the prevailing truth is that rioters, who have possibly been incited by opposition leaders and foreigners, are running wild and wrecking the cities, waging a campaign against Islam and vilifying the lone politician deserving of praise. The police, in this view, are only reacting so brutally because they are forced to.

Members of Erdogan's base live in these areas. They make up the 50 percent of Turkish voters who bestowed a victory on his Justice and Development Party (AKP) two years ago. In fact, the party won a share of the vote almost twice as large as that of the biggest opposition party, the center-left Republican People's Party (CHP).

Erdogan has viewed this victory as a mandate for governing in any way he deems fit. Whether it has to do with a new shopping mall or the peace process with the Kurds, he calls the shots. As the protests have grown larger, Erdogan has even claimed that he has only been able to restrain his 50 percent with difficulty. It is a rather blatant threat -- and a dangerous one, as well.

Large orange, blue and white flags have been draped across the street at Erdogan's AKP party's office in Kasimpasa. It is only a few blocks from Gezi Park, the now-occupied area of sycamore trees within Taksim Square where the protests started. A uniformed guard sits, bored, in a security post in front of the party's office. The door is open. There are no threats. People in Kasimpasa are standing behind their "Baba," as some call Erdogan.

There are more party flags flying on a corner a block down on the other side of the main street. But these flags are faded and frayed. Sitting beneath them on plastic stools are five men in short-sleeved shirts. Over tea and sesame curls, they are discussing what is happening in their city. They say that the problem is not Erdogan, whom they celebrate as one of their own who has made it to the top. In their view, the protests were incited by the CHP, the largest opposition party.

No politician divides Turkey as much as Erdogan, the ambitious man from a poor neighborhood who has confronted the old elites. He has curtailed the power of the military, pushed forward reforms and sparked economic growth. There are many who have much to thank him for. Small and medium-sized businesses are thriving, and both incomes and prosperity are rising.

The problem is that Erdogan has come to see any criticism as an attack, every attempt to have a say in decision-making as illegitimate interference and each protest as an act of sabotage. He has critical journalists and artists placed under suspicion of terrorism. In fact, in the most recent ranking on press freedom compiled by Reporters Without Borders, Erdogan's Turkey dropped to 154th out of 179 places and now ranks below Iraq and Russia.

Many of those protesting on Taksim Square do not contest that Erdogan has accomplished good things. But they still want to be heard. "Many people voted for Erdogan because they initially viewed him as liberal," says Direnc E., 35, who is about to earn a Ph.D. in philosophy. But now they are disappointed, he adds, especially people with university degrees and the owners of small and medium-sized businesses.

Day after day, tens of thousands of demonstrators are taking to the streets. Every night, at about 9 p.m., residents slap and beat against walls, drum on pots and honk their car horns to show solidarity with the protesters. Until now, they felt like they had no political voice. But Erdogan has driven them together by ignoring their desires and responding to them harshly.

Erdogan suggests that the protesters have been spurred on by the left-wing opposition. But a study by two researchers at the private Istanbul Bilgi University paints a completely different picture of them. The study finds that more than two-thirds of the protesters do not have ties to any political party; more than half have never participated in a mass demonstration; and nine out of 10 surveyed said that what had prompted them to demonstrate was Erdogan's authoritarian style of governing, police violence and the curtailing of democratic rights.

Nevertheless, opinion pollsters say that Erdogan would win if a new election were to be held. But they note that one probable reason for this is the desperate situation of the opposition.

"The CHP can't be allowed to take power," says a 29-year-old Turkish-German woman on Taksim Square who has been exposed to tear gas in recent nights. She hopes that the protests will result in a new party or electoral alliance because, as she puts it: "With 50 percent, you can't carry out a revolution."