Turkish Prime Minister Recep Tayyip Erdogan is not only using his tour of several Arab states for self-promotion, but for verbal attacks against Israel as well. "No one can play with Turkey or Turkish honor," Erdogan said in Cairo on Tuesday. Israel lost Turkey as a strategic partner after the Israeli military attack on the humanitarian aid flotilla to the Gaza Strip in May 2010.

During the Arab Spring, Erdogan has presented himself as a new power, a model leader and a "rising star" with "near pop-star status" in the region, as the New York Times has described the Turkish leader. His multi-day trip to Egypt, Tunisia and Libya is meant to strengthen his role in the region.

However, Erdogan has also linked his solidarity with the Arab world to a strident anti-Israel foreign policy. Indeed, the political battle lines between Turkey and Israel have been intensifying in recent weeks:

The conflict could also put Ankara's relationship with the European Union to the test. The dispute over the deadly military raid on the Gaza flotilla, which left nine Turkish activists dead, could grow into a diplomatic crisis between Turkey and the EU. Indeed, among high-profile politicians in the European Parliament, criticism of Erdogan is growing.

Elmar Brok, the foreign policy spokesman for the parliamentary group of the conservative Christian Democrats in the European Parliament, said he is skeptical of Turkey's efforts to establish itself as a regional power within the Arab world. He said Erdogan is seeking to transform it into a regional power similar to the status it held "earlier with the Ottoman Empire." He said Ankara isn't pursuing the goal of EU membership and that "it is using the conflict with Israel in order to gain credibility in the region," Brok told SPIEGEL ONLINE.

Alexander Graf Lambsdorff, a member of the European Parliament with the business-friendly Free Democratic Party (FDP) said he also viewed the shift in foreign policy course by the Turkish government as a sign that Ankara's EU ambitions are waning. Turkey, as a secular democracy, may be a role model for the countries currently undergoing a phase of transformation, the FDP party group leader in Brussels told SPIEGEL ONLINE, "but Ankara can in no way be allowed to link the reorientation of its foreign policy with anti-Western sentiment."

Lamsbdorff has accused the Erdogan government of using "gunboat rhetoric" in its statements about Israel. The Turkish government's aggressive policy course against Israel, he said, shows that the country currently has "no interest" in pushing forward EU accession talks. "With a strident anti-Israel course, it isn't making any friends in Europe" right now, Lambsdorff said.

With his pro-Palestinian course, Erdogan is in fact risking a conflict with the West. The Turkish prime minister plans to support the Palestinian initiative at the United Nations General Assembly to announce unilateral independence, a move both the United States and Germany have said they would oppose. On Tuesday, US President Barack Obama said his government would veto any Palestinian petition for full membership submitted to the Security Council. During his visit to Cairo on Tuesday, Erdogan said the international recognition of a Palestinian state is "not an option but an obligation."

At present, there is no common EU foreign policy position on the Palestinian initiative in the UN Security Council. Fundamental supporters of Turkey's EU membership are still standing behind Erdogan. Daniel Cohn-Bendit, the chair of the Green Party group in the European Parliament and a well-known Franco-German politician, warned against casting sole blame for the Turkish-Israeli conflict on Ankara. "That is only the partial truth," he said.

The "macho posturing" by the Turkish prime minister, he said, may be "intolerable and politically dangerous," but it is also justifiable in light of what he described as Israel's intransigence. "Erdogan is deeply injured," Cohn-Bendit said.

The European politician added that Turkey currently no longer has any prospects of joining the EU. Otherwise, he said, "Merkel and Sarkozy would have done everything they could to ensure that Turkey could accede in a timely manner." Europe, he said, has long refused to allow Turkey to integrate into its structures, and now Erdogan has little choice but to play the card of becoming a regional power. 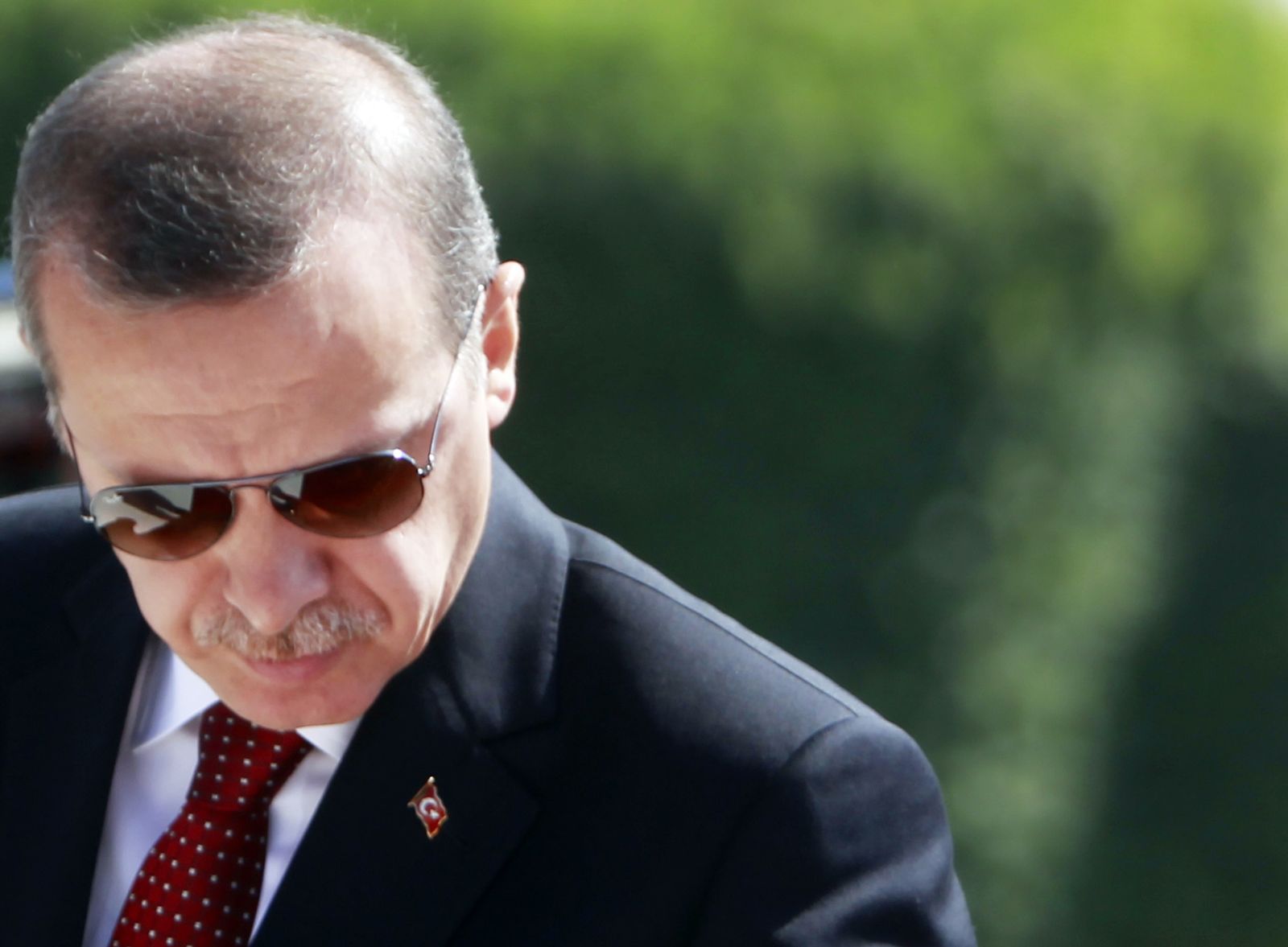 Turkish Prime Minister Recep Tayyip Erdogan: "We will not allow anyone to walk all over our honor."