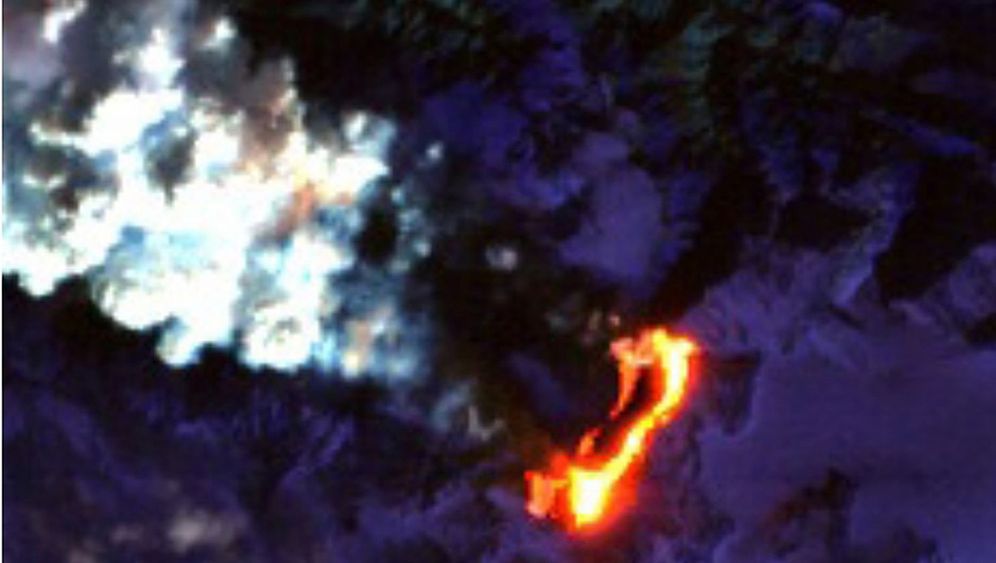 The air traffic chaos in Europe caused by the eruption of a volcano beneath Iceland's Eyjafjallajökull glacier disrupted the travel plans of hundreds of thousands of passengers on Friday and also threatened to delay the planned funeral of Polish President Lech Kaczysnki, who died along with a number of other senior politicians from the country in a plane crash last Saturday.

The flight safety authority Eurocontol, which coordinates flights between different European airspaces, said that 60 percent of all flights in Europe were cancelled. The agency expects the ash plume to continue to paralyze European air traffic at least into Saturday. Twelve European countries closed all or part of their airspace, including the United Kingdom, France and Germany.

Although a number of Scandinavian countries, including Sweden, have begun to reopen airports and airspaces, the ash plume is now affecting air travel further to the south. In Germany, the country's largest airport, Frankfurt International, closed on Friday along with numerous other major airports including those in Hamburg, Düsseldorf, Berlin, Cologne, Hanover, Bremen, Münster, Leipzig, Erfurt, Dresden and Saarbrücken.

Officials in Austria said they planned to close their airspace on Friday afternoon, and Poland has already closed some parts of its airspace. Currently, the only airports open in the country are those in Krakow and Rzeszow in the southern part of Poland, a spokesperson for the aviation authority in Warsaw said.

It's possible that the massive disruptions to air traffic will also lead to a delay in the funeral of Polish President Lech Kaczynski and his wife, who were killed when their government plane crashed near the Russian city of Smolensk. A delay is a "serious option," the office of the Polish president said in a statement. On Sunday morning, more than 80 foreign planes are expected with leading politicians, including US President Barack Obama and Russian leader Dmitry Medvedev.

Obama's planned flight to Poland over the weekend could be disrupted, and German Chancellor Angela Merkel already experienced the effects of Eyjafjallajökull during her return flight to Germany from a short trip to the United States. Her flight (the chancellor is currently en route to Europe) was originally scheduled to land at Berlin's Tegel Airport at 3:30 p.m. on Friday afternoon, but the airport remains closed. "We will change her flight route if it is deemed important for flight safety," a spokesman for Merkel said. 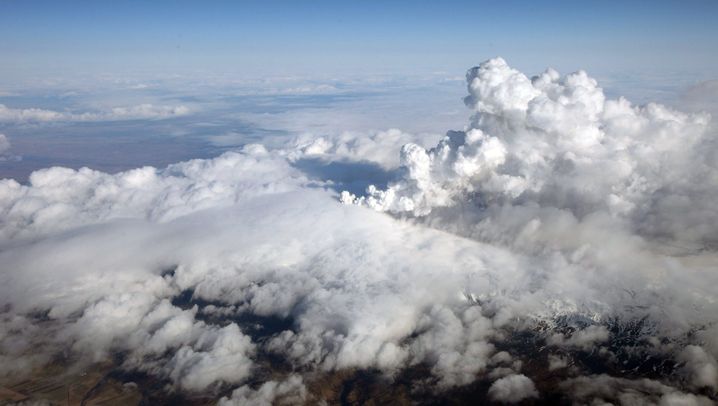 It remained unclear Friday when closed airports in Germany might resume flights. "At this point, we can't yet answer the question of when takeoffs and landings will be possible again" a spokeswoman for the German flight safety agency DFS said. Munich's airport, the country's second largest, remained open on Friday, but a spokesperson said that 360 takeoffs and landings had been cancelled out of a scheduled 1,200 flights. Airports in Stuttgart and Nuremberg also reported disruptions.

The situation on Friday varied at airports across Europe. Some were calm, reflecting the fact that authorities had already moved to close them on Thursday, whereas things were more chaotic at airports that acted later. London's Heathrow Airport started closing down on midday on Thursday, and few people remained at the airport on Friday.

At Amsterdam's Schiphol Airport, however, thousands of passengers remained stranded, and the Dutch Red Cross set up 1,500 emergency beds on Thursday night. Many passengers were angered after hotels in the area allegedly raised their prices. Dutch public broadcaster NOS reported an instance in which one airport hotel that usually charges €60 raised its price to €200.

Meanwhile, the ash plume caused disruptions on Friday to numerous trans-Atlantic flights. European flight authorities estimated that only half the normally scheduled flights between Europe and North America were able to operate on Friday. "We expect 50 percent of trans-Atlantic flights to be cancelled because of the ash plume," a spokesperson for flight safety authority Eurocontrol in Brussels said, adding that the situation in European air traffic "would not be any better than it had been on Thursday."

On Thursday, a total of 5,000 flights were cancelled across Europe, close to one-fifth of all connections, Eurocontrol said. On a normal day, there are around 28,000 flights in Europe. "This is the first time in European flight history that we have had to deal with a phenomenon like this," Brian Flynn, head of operations at Eurocontrol, told reporters.

The ash plume formed as the result of a major eruption of a volcano under Iceland's Eyjafjallajökull glacier on Wednesday. Experts say that the volcanic ash can damage jet engines and also diminish visibility for pilots. In most cases in which an area has been hit by a volcanic plume, aircraft are grounded.

On Thursday, the Icelandic volcano appeared to have lost some of its force, spewing fewer dangerous substances into the air, according to the Icelandic Coast Guard, which sent a plane in to measure the air in the areas surrounding the volcano.

Geophysicist Sigurlaug Hjaltadóttir, of the Icelandic Meteorological Office, told one broadcaster that the ash plume from the volcano is now only reaching a height of 6 kilometers, down from the previous height of 11 kilometers. She said the contents of the plume had changed and become "cleaner," comprising almost exclusively water and stone particles. Still, she warned, the new developments do not necessarily mean that the eruption will end soon.