It appears increasingly probable that the permanent euro bailout fund, the European Stability Mechanism (ESM), will be able to start its work in just a few weeks time. Last week, Germany's Federal Constitutional Court gave its green light for the ratification of the ESM Treaty, but it attached some conditions. SPIEGEL ONLINE has learned from government sources that European Union ambassadors of the 17 euro-zone member states plan to sign a so-called "interpretive declaration" in Brussels next Wednesday agreed to last week by the currency union's finance ministers.

The declaration is to clarify that the upper ceiling for a nation's liability established in the treaty can only be exceeded with the permission of that country's parliament. The declaration will also strengthen the rights of parliaments in obtaining information from ESM.

With the declaration, euro-zone states plan to address the central conditions set by the German high court on Sept. 12 to allow Germany to ratify the treaty. The court rejected injunctions against ratification of the ESM treaty, but they nevertheless demanded clarification on two points:

Both of these points have now been addressed in the declaration that has been negotiated, a draft of which has been obtained by SPIEGEL ONLINE. "No provision of the Treaty may be interpreted as leading to payment obligations higher than the portion of the authorized capital stock corresponding to each ESM Member," it states. At least not "without prior agreement of each Member's representative and due regard to national procedures." In the case of Germany, this means that the upper ceiling of €190 billion cannot be exceeded without prior permission from parliament.

The declaration also speaks to the second concern identified by the German high court. Professional secrecy requirements in the ESM treaty shall not "prevent providing comprehensive information to the national parliaments, as foreseen by national regulation," it says.

Berlin government sources told SPIEGEL ONLINE that the language of the declaration has already been largely agreed to by ESM member states. But it still needs to be agreed to by national governments before it is officially signed next week. In Germany, this approval is expected to be provided during a meeting of Chancellor Angela Merkel's cabinet next Wednesday, just prior to the official signing in Brussels. A diplomat in Brussels added, however, that last-minute changes to the language could not be ruled out.

Under the preliminary plans, the ESM is expected to go into operation on October 8, with a lending capacity for crisis-plagued euro-zone countries of up to €500 billion ($647 billion). It will ultimately replace the current temporary bailout program, the European Financial Stability Facility. 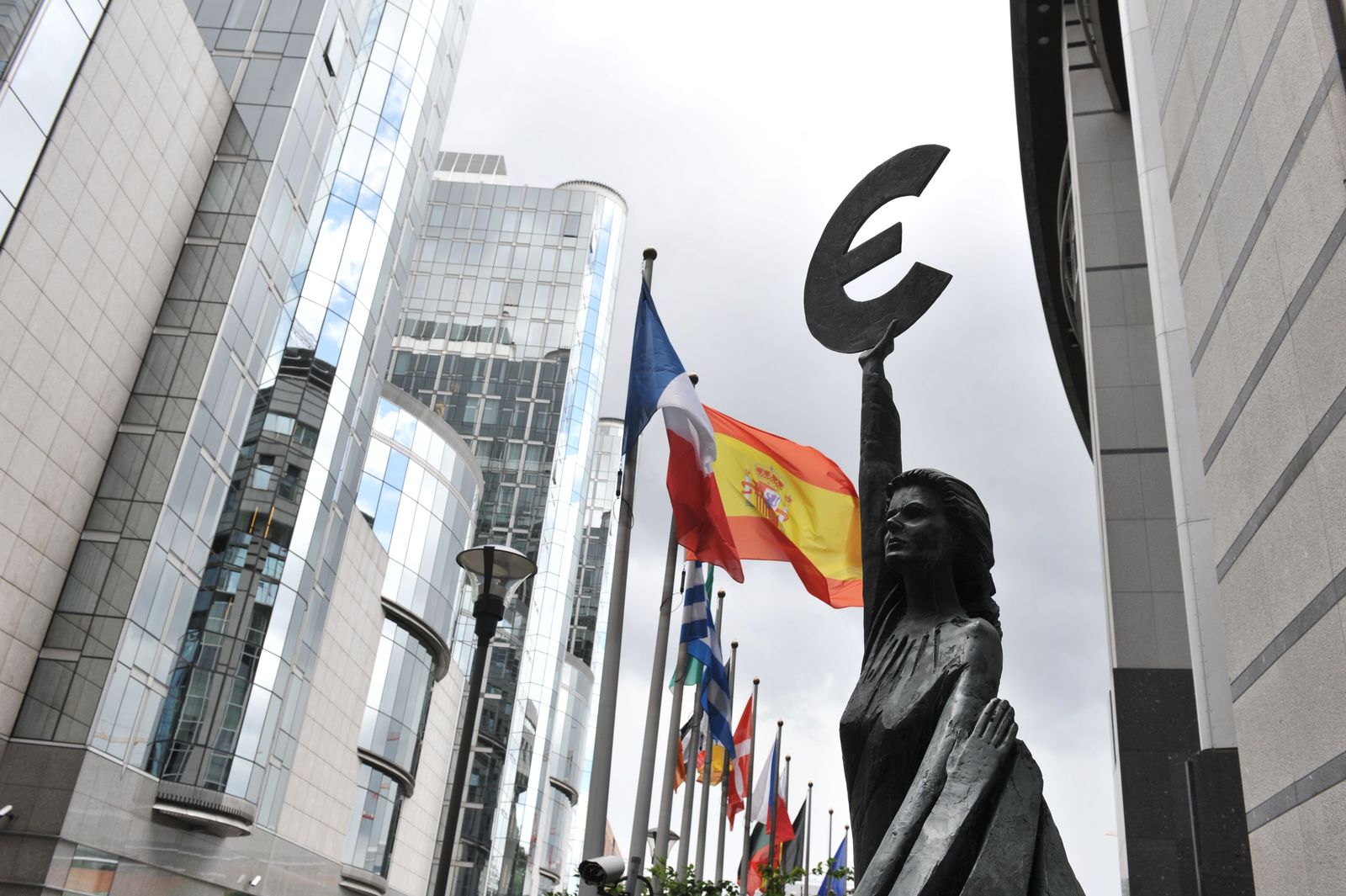 The European Parliament building in Brussels: Euro-zone member states have agreed to a declaration that will allow the permanent bailout fund to start its work soon.