"Would you sleep with someone who isn't circumcized?" I was 14 and had just arrived at a party thrown by my friend Marie, and this was one of the first questions of the evening. Others followed: "Are you allowed to have a German boyfriend? Does your father talk to you about sex? Wouldn't you at least like to try a bit of the pork, after all?" New people, old questions.

They just wanted to get to know me, I thought. But it was always the same story, even years later. I was 23 and had just reached out to shake his hand. He was good-looking, and I didn't quite catch his first name -- it was too loud at the party. "It's really great that you're allowed to stay out so late," he yelled. "Yeah, great," I said. You wacko, I thought. It was only 9:30 in the evening, but I didn't say anything. These were just normal party conversations -- things Germans say to Turkish girls like me.

It became routine for me to answer questions about integration from Germans. Children of immigrants here learn early to see this in a positive light. After all, the Germans have a nasty past, but at least they now show a great interest in "foreign cultures." But what I quickly realized was that if your parents are immigrants, this means you have no private life. No question is off-limits. Or have you ever been asked at a party whether you prefer men with or without a foreskin? Three minutes after the introductory handshake, the Germans jump right in. Into your religion. Into your family. Into your bedroom. "Does your father beat you? Or does he only beat your mother?"

We children of immigrants always diligently answer such questions. Pleasing Germans is important. Immigrant parents teach their children this lesson at an early age. My grandfather arrived in Hamburg to clean the shipyards as a "guest worker" in the early 1960s, so German integration questions have a long tradition in my family. At the office parties thrown by the savings and loan bank where my father worked, he was always praised because his Turkish wife was allowed to dance, wear short skirts and drink whiskey. My parents received the highest praise bestowed by the Germans: "You're different from other Turks, aren't you?"

Different Turks. I had "different Turks" phrases that I repeated again and again. They went something like this: "My parents made out even before they got married. Yes, they were even together for seven years before they wed. They were not promised to each other; their marriage was not arranged. They wrote each other love letters and held hands, on the Bosporus, without a marriage certificate. Yes, they were allowed to go to the movies." These were stories to prove that we were "different Turks." Modern Turks. Nice Turks. Almost Germans. But becoming a German wasn't that easy.

When I arrived in the fifth grade, I never raised my hand -- I simply blurted things out, and I did it often. I was disruptive. It was a clear case, at least in the opinion of my homeroom teacher, Frau K., who invited my father to drop by for a talk.

Frau K. had prepared for this. She now knew everything about women in Islam (my mother), and about male domination (my father). She knew about oppression, honor killings, and the distribution of tasks and rights between men and women in Turkish families -- in other words, my family. Now she explained it to my father: "Herr Gezer, I know your origins and understand your culture, but when you oppress the girl at home like this and don't allow her to speak, just because she is a girl, she lets it all out at school." My father held his tongue, the teacher did not. She had looked up phone numbers for therapists that work with problem families who have an immigration background, like us. My father is a patient man, but he eventually interrupted her: "Frau K., if you knew how much Özlem speaks at home, you would be delighted with how much she speaks here at school," he said. Then he stood up and left.

Frau K. had explained everything to him in "Tarzan German," which is what Turks call it when Germans speak bad German to them in the hope that they will be better understood. Tarzan German is spoken slowly. All articles are dropped and the familiar "du" form of address is used. Verbs are not conjugated and the syntax is wrong. It includes sentences like this: "Herr Gezer, you know, not hit daughter because I speak with you." My father has the theory that this Tarzan German is to blame for the fact that certain older Turks never learned proper German.

During that year in school, my father became active in the school's parents' group, and my mother sold the milk during the breaks. I remained a Turk.

It was the 1990s. In Turkey, Turks were killing Kurds and Kurds were killing Turks. Supporters of the Kurdistan Workers' Party (PKK) occupied the headquarters of the center-left Social Democratic Party (SPD) headquarters in Hamburg. Neo-Nazis carried out arson attacks that killed Turks in the northern German towns of Mölln and Solingen. "Why weren't you at the demonstration last Saturday? Wasn't it about your people?", a classmate asked me.

At the time, I was playing handball with SC Teutonia and had an important tournament that weekend. My parents were out of town at a rock 'n' roll festival. "Özlem, what's going on back home?", my homeroom teacher now asked me. When she said "back home," she meant the Turkish-Syrian border.

For me, "back home" has always been Wohlerspark, a former cemetery in the Altona district of Hamburg, and Grandplatz, where my father coached the boys from the St. Pauli soccer team. For me, "back home" was the gym where I played handball and the library in our high-rise building. That's my home; that's where I come from. It's where I had my first kiss. It's where I secretly smoked cigarettes. Wherever I am in the world, when I'm homesick, I think about that high-rise in our St. Pauli neighborhood.

That didn't interest anyone. I was now the expert -- a kind of diplomatic representative from Turkey sitting at my little desk in the classroom.

"Özlem, you took the land away from the Kurds, and that's not right," my friend Marie wrote to me in a five-page letter written in black ink. I was born in 1981 in Hamburg-Eppendorf and hadn't taken anything from anyone. My Kurdish classmate drew Kurdistan on the blackboard. I didn't even know where it was. As far as they were concerned, I was the ignorant daughter of Turkish nationalists. I knew a great deal about Hitler, but hardly anything about Atatürk. I didn't know anything more about the conflict in Turkey than Stefanie or Timo.

Years later, we started going out at night. I didn't like alcohol. "Your parents don't allow you to drink?", they asked. If I wanted to go home early, it was seen as a curfew for the Turkish girl. "She's not allowed to stay out late," strangers would say to strangers. So I stayed to the bitter end, even on the nights when the parties were terrible and the music was unbearable. I drank beer even though I hated the taste.

It was at this time in my life that I started to feel flattered when they said: "I thought you were Italian? Or perhaps Brazilian?" Interesting accent. Beautiful beaches. Naked women. Best soccer players in the world. No honor killings. No battered wives. I liked it -- but it didn't last long. I had a guilty conscience. Now, when I was asked where I came from, I always said Turkey. It made life easier. When the Turkish national team played, I was now rooting for the Turks. I stayed home on Turkish holidays, over my parents' objections, otherwise my teacher would ask: "Why don't you celebrate your holidays?" I became a Turk with German roots, instead of the other way around.

But I still longed for certain things, like pork sausage. My handball teammates always ordered beef for me without asking. I didn't say anything. What would the Germans think of a Turk who ate pork?

My father once said: "The Germans have Turkified our children, not us."

Although it may surprise some integration experts, we never sat around the kitchen table and discussed our degree of integration. Successful or not? Is Germany our home now or not? We always answered these questions outside our home.

In Germany there are two types of immigrants: model immigrants and problem immigrants. You have to decide early, because switching later is difficult. Over the years, I increasingly became a model immigrant. Almost German. But then I grew accustomed to my Turkishness, and I actually started to like it.

A few weeks ago, I received a letter that had to do with the recent protests in Turkey. A distraught mother had written because her son is now expected at school to explain every action undertaken by the Turkish prime minister.

I was glad to report on the protests in Turkey, to write stories about a Turkey in which Kurds and Turks demonstrated side by side for pluralism and democracy. Where demonstrators danced the tango against pepper spray and young activists threw carnations at water cannons. I was moved. I shared their sense of outrage. But, above all, it was the first time in 32 years that I was really proud to be able to say something about Turkey. No honor killings. No beatings. It was so Western, so modern, so "different Turks."

Imagine you move to Istanbul. Your daughter attends a Turkish school. On the first day, her classmates want to get to know her: "Tell me, had you already had sex by age 12? How many abortions have you had? Why do you Germans drink so much beer? Why do your priests rape little boys? And German politicians -- are they really all pedophiles? Hopefully your parents won't throw you out at age 16 so you can learn how to stand on your own two feet. And tell me, why do you stick your elderly in nursing homes? And why do you murder Turks because they're Turks? Tell me, what in the world is going on back home?" 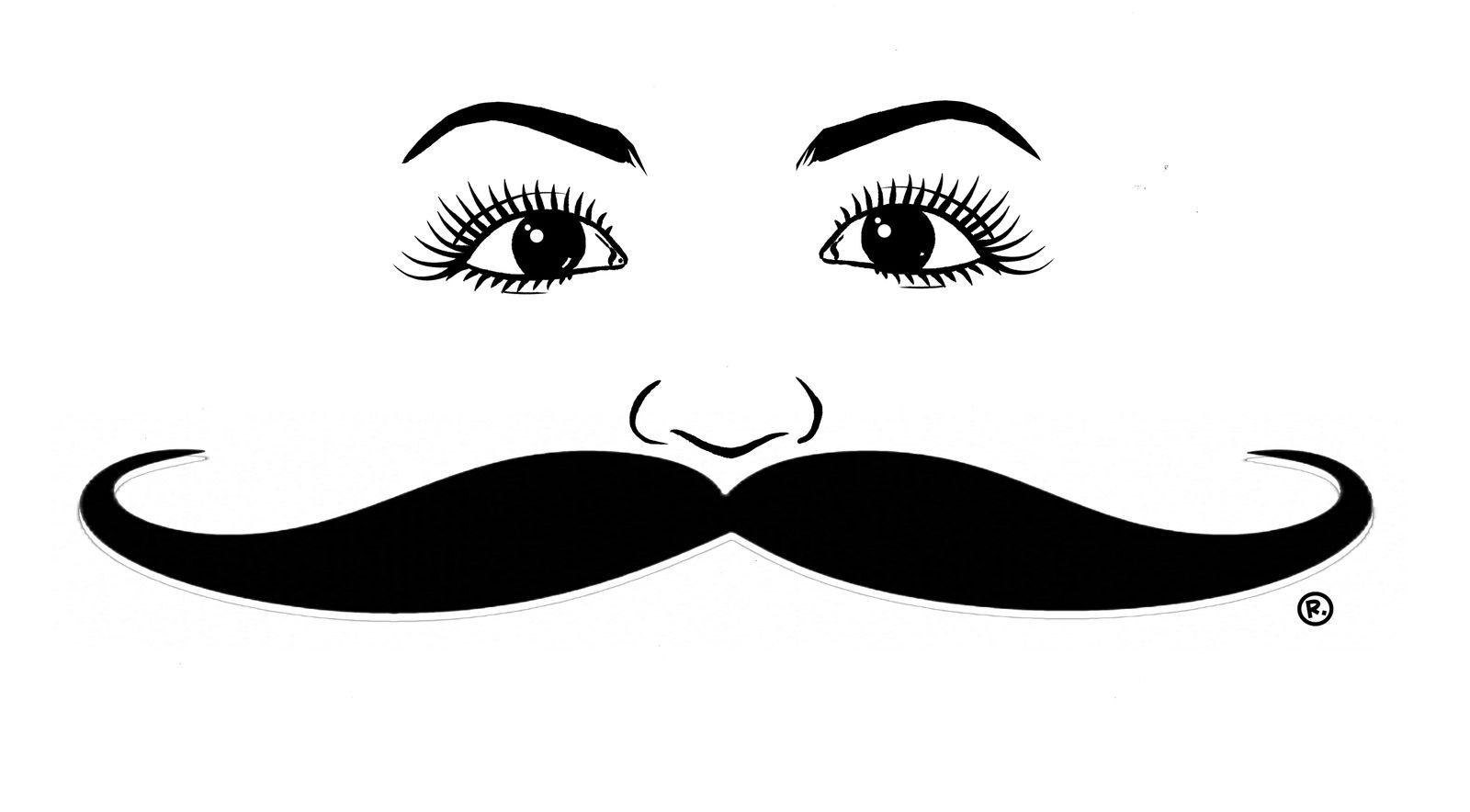