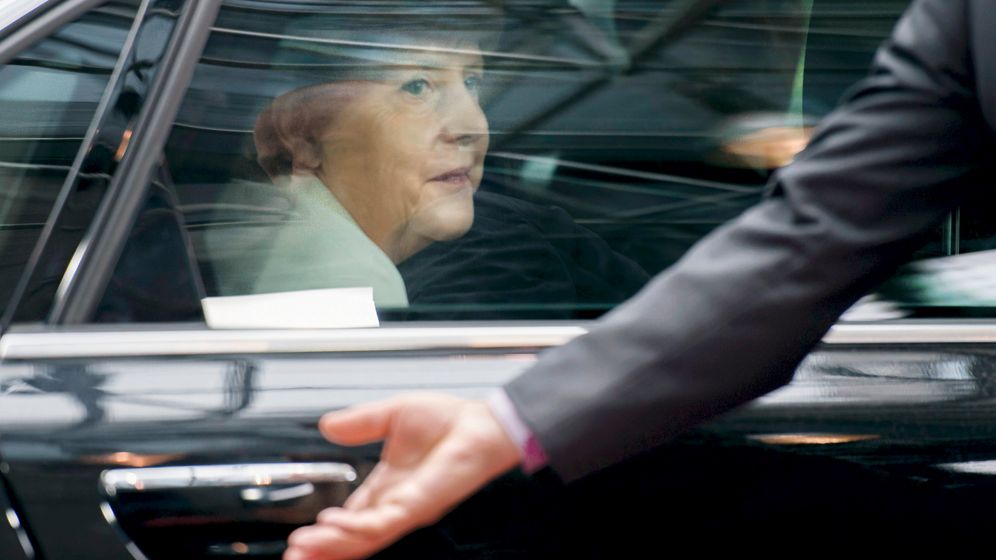 After World War II, the West gave Germany two great gifts. The first gift was democracy; the second gift was being integrated into a Europe of free nations. This also included the overriding vision that one day both gifts could be combined to create a democratic United States of Europe. But there was a lack of determination and strength to accomplish this. To make matters worse, both gifts have suffered from the attempt to use a common currency to integrate Europe. Postwar German democracy has never been in such a sorry state as today. It has been a long time since the peoples of Europe eyed each other with so much mistrust.

That is the current situation. Next week, Germany's Federal Constitutional Court will issue another ruling on Germany's euro policy. This is not expected to clear the air or fundamentally improve the situation. A court decision cannot accomplish that. But something must happen. We cannot allow both democracy and Europe to go to rack and ruin. Democracy and European integration form the foundations of our country. The problem is that they have come into contradiction with each other. Assuming the debt mania doesn't continue to spiral out of control, it's a fact that democracy impedes a rapid rescue for the euro, while a rapid rescue for the euro undermines democracy.

Such a contradiction begs a decision. What is more important to the Germans: their democracy or Europe? Or is there a way to reconcile the two, democracy and Europe? It isn't easy. It cannot be done without risks. But there is a way.

The State Of Democracy

The rescue policy for the euro has changed the country's power structure. The winner is the executive, in other words, the government. German Chancellor Angela Merkel negotiates in Brussels with the other heads of state and government. This is the body where the major decisions are made, decisions which are usually hammered out in advance during bilateral talks. What's more, the executive has the strongest apparatus behind it. In Germany, it is only the experts in the Chancellery and the Finance Ministry who have any idea what is happening and what needs to happen.

A leitmotif of the current administration is the desire to do things under the table. For example, Merkel created a small, nine-member committee in the German parliament, the Bundestag, that is supposed to provide sufficient parliamentary control over certain decisions. She allows the Bundestag to vote on issues relating to the euro rescue fund, some of which have already been superseded by the time of the vote. Merkel was caught in the act each time, but she kept trying. She is overstepping her powers so that she can govern halfway efficiently.

Parliament is the loser here. The lawmakers are not present in Brussels when the negotiations are being conducted and the decisions made. They don't have any idea what is happening and what needs to happen, because they lack the appropriate tools -- and this in an area which is key to the parliamentary system, namely budgetary policy. Hence, they are barely able nowadays to perform their actual function, which is to hold the government to account.

The opposition is no longer playing its normal role because the problems are so grave that Germany's mainstream political parties -- the conservative Christian Democratic Union, its Bavarian sister party the Christian Social Union, the center-left Social Democratic Party, the business-friendly Free Democratic Party and the Greens -- are virtually obliged to stand shoulder to shoulder. Anyone who doesn't vote with the majority is almost seen as guilty of treason. But the desire to engage in insubordination is actually a virtue for a parliament. Until now, though, the leitmotif here has mainly been obedience.

The Federal Constitutional Court is the winner here. Since a number of individual parliamentarians and citizens refuse to support the euro policies that the majority has decided upon, they often turn to the Karlsruhe-based court. More than ever, the judges there have become, if you will, the supervisory board of German politics. Their corrective interventions have almost become routine, but that is not the role they were intended to play. What's more, despite all their freedom, they are not free enough. Granted, they have ruled in favor of some plaintiffs, but only to the extent that the executive can basically continue with business as usual. The leitmotif of the judges is functionality. When it comes to European policy, the court has almost become an organ of government.

There is now another powerful player, one which is not included in any theory of democracy: the financial markets. They force politicians to act and determine their thoughts and behavior, as if traders, and not the people, were the ultimate source of political power and authority. Their leitmotif is greed. Merkel has already obligingly promised the financial markets that she is working on a "market-compliant democracy."

The losers, in any case, are the people, who, according to the German constitution, should be the source of all state authority. In a representative democracy, voters have power over parliament -- and when parliament loses, the country's citizens also lose. To make matters worse, they have seldom been more confused by political events. What exactly is the ESM? How does it differ from the EFSF? What is the relationship of the ESM and the EFSF to the ECB? Who actually controls these bureaucracies? What is the impact of this or that decision on my life -- and on my pocketbook? The politicians have created such a complex bailout structure that hardly anyone can understand it anymore. Since voters can no longer make decisions based on reason, they are forced to rely on their emotions. And emotions are not always the best basis for decisions, particularly when it comes to European issues.

Consequently, German democracy currently has a baffled population and an overwhelmed parliament, which is dominated by a slightly less baffled and less overwhelmed government and the financial markets. Such a democracy is clearly in trouble.

The State of Europe

If one had to very briefly summarize what characterizes European history, it could look like this: Many of humanity's best ideas come from Europe -- such as democracy, the Enlightenment and the rule of law, along with great discoveries in the natural sciences. But all of this did not prevent Germany from sparking two world wars and carrying out the Holocaust. Despite utter devastation, the nations of Europe nevertheless managed to reconcile their differences and build the European Union.

This is the history that makes a European feel both humble and proud. The politicians of the postwar era used this history and the emotions it evokes as arguments when they called for European unity as an urgent project. Their rhetoric always sounded good, but it wasn't entirely honest. In reality, countries still put their national interests first. One initial intention was to tame Germany and give France influence over its coal reserves. Postwar Germany wanted to use Europe to liberate itself from its pariah status. Later, the euro was the instrument of a second taming attempt. This time the French and others sought to break the power of the Bundesbank, Germany's central bank. Germany, for its part, saw how a currency union could benefit its export-oriented industries.

Today, appealing to emotions no longer does the trick. The fear that the nations of Europe could invade each other once again has evaporated. Peaceful coexistence is now taken for granted. When politicians invoke it in their speeches, it sounds hollow. Furthermore, spatial proximity has lost some of its importance. The young generation is globalized and has a worldwide outlook.

It's no secret that Europe has always been an elite project. Many politicians in Germany thought that European unity was a good thing, and pursued it more or less surreptitiously, in any case without consulting the population. They built a Europe that suited them, without a strong parliament, but which had a strong bureaucracy and where national governments had great influence. They thought that this Europe would be so wonderful that one day its citizens would be delighted that it existed. This approach, dubbed "output legitimacy" by scholars, is based on achieving legitimacy via results.

It may not be perfect, but it's an acceptable method. Democracy is never flawless; it's never purely the rule of the people. Sometimes a country is governed contrary to the will of the people, or without taking it into account, at least for a certain amount of time. On top of the results that have been achieved, elections then provide a retroactive legitimacy.

But it was, as is now clear, a serious mistake not to link the introduction of the euro to the creation of a European financial government subject to parliamentary control. In its current form, the monetary union is no longer a success. Everyone did what they wanted. Some ran up debts that they could handle, while others ran up debts that they couldn't handle. And now we face a major crisis.

Europe is in a serious predicament. The unifying concept of peace in Europe has lost its appeal. The interests of the member states run counter to each other. Some want as much solidarity as possible in the crisis, while others want as little as possible. And there is no process to resolve these conflicts in a democratic and effective manner. Europe, then, is also in trouble.

Time to Ask the People

There is a way to avoid this conflict. The Germans can reconcile their democracy with European integration. To do that, they would need to be asked.

Fundamentally, it is a good thing that we have a representative democracy where people go to the polls and politicians make decisions between elections. They have the expertise and the time to consider how society should best be organized. But sometimes we have to decide on the really big issues -- and then it is time to ask the people. The current crisis involves a really big question: Is the population prepared to transfer sovereignty to Europe so that effective euro policies are possible?

The debate that would be held in the run-up to such a referendum would already be valuable in itself. Although the focus is fiscal policy, Germany would have to engage in a broader debate over what kind of Europe it wants and what its own role should be. The politicians would first have to make up their minds and then, assuming they make the right decision, campaign for greater integration. But this time they would use modern arguments in favor of Europe, such as a large shared culture, a greater say in global politics and favorable conditions for German exports.

If the politicians manage to convince the majority of the population, the German government would have a mandate to campaign in Europe for greater integration in terms of fiscal policy, in exchange for relinquishing sovereignty. It would then have a strong legitimization, a strong mandate for pro-integration policies. That would be the better scenario.

The worse scenario, of course, would also be possible -- but it wouldn't spell the end of Europe. The EU has already survived a French referendum that rejected the proposed European constitution. The German government could continue to work to help debt-stricken countries. This would be done in accordance with German budgetary law, which would not be weakened.

No matter what happens, democracy is the winner in such a referendum. The cause of European integration could win, but it could also suffer a setback. But this way the proper checks and balances are in place. After all, when push comes to shove, democracy ultimately has to come first. 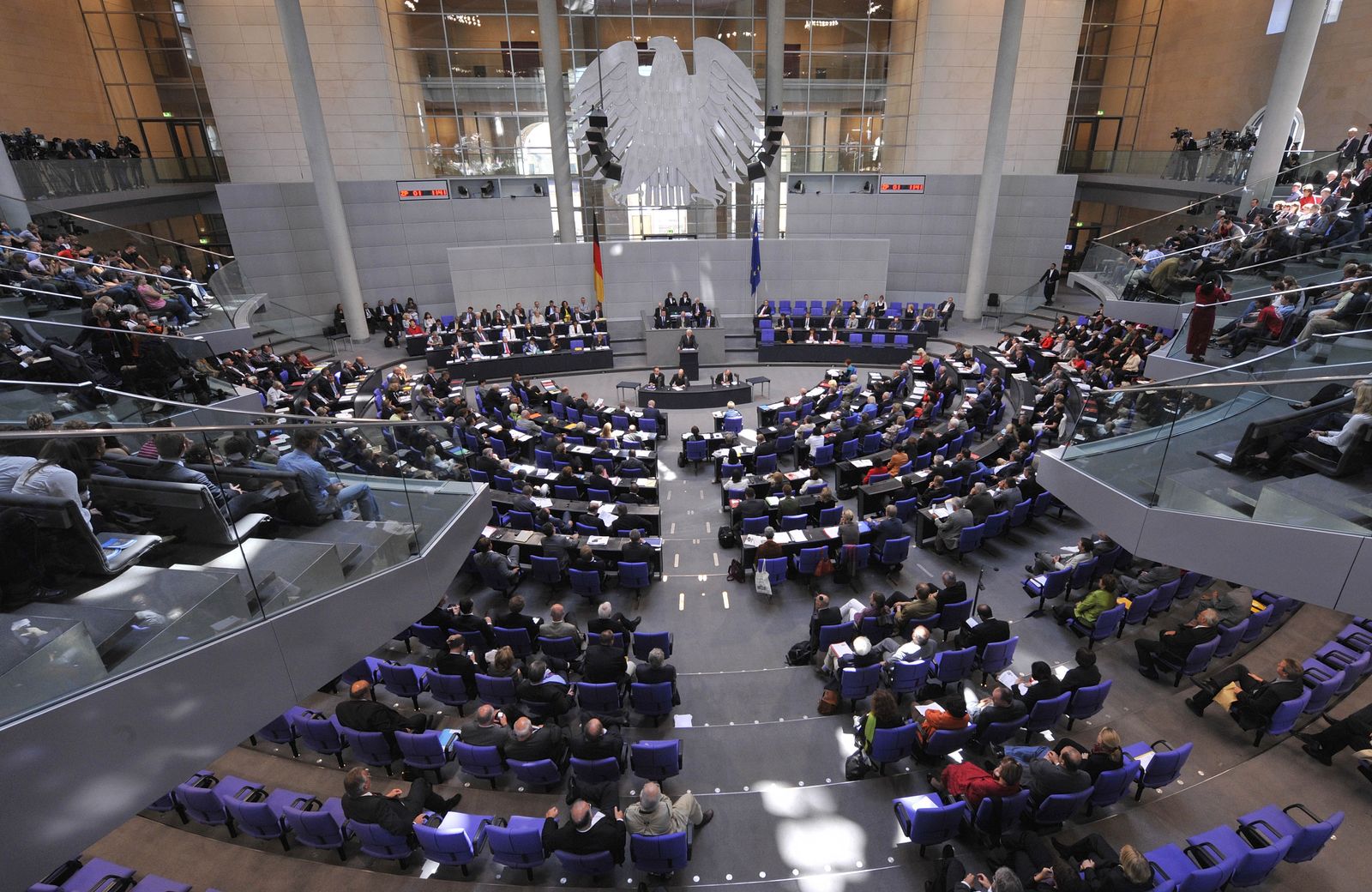 The German parliament, the Bundestag, has lost power during the crisis. All the mainstream parties feel obliged to support measures to fight the crisis.