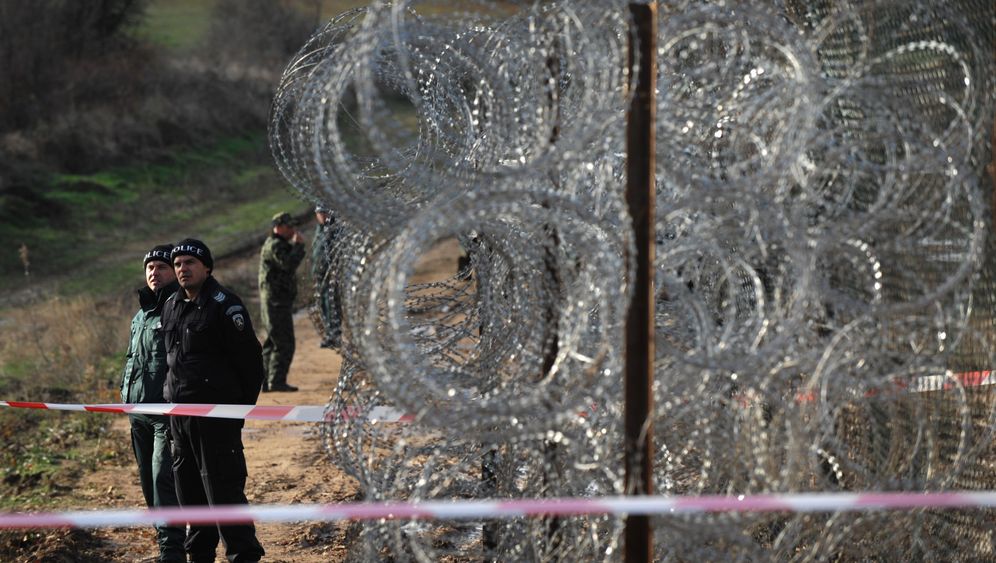 There can be hardly any consolation on a day when more than 300 people drown. Yet when that many refugees died in the sea off the Italian island of Lampedusa in early October, the accident at least sparked a hope that Europeans would re-evaluate their asylum policy.

Pope Francis called it a "disgrace," as did European Parliament President Martin Schulz. German President Joachim Gauck asked whether Germany has been too passive an observer in international politics, and whether "our engagement is consistent with the importance of our country."

In light of the shock of the Lampedusa shipwreck, it seemed possible to bring radical change to a dogma of European asylum policy. Under the 2003 Dublin Regulation, refugees must apply for asylum in the first European Union member state in which they set foot. This benefits countries in the middle of Europe, especially Germany, while creating a burden on nations along the periphery, such as Italy and Bulgaria.

Two months later, it is now clear that any hopes for change in asylum policy have been dashed. The Dublin Regulation was not even mentioned in the coalition agreement between Germany's center-right Christian Democratic Union (CDU) and its partner in the presumed new government, the center-left Social Democratic Party (SPD). No effort is being made to change anything about the regulation. In fact, the EU recently made a deal that amplifies the "Dublin" method of pushing the asylum problem to Europe's periphery.

To achieve this, Brussels is offering to fulfill one of Turkey's oldest wishes: visa-free entry into Europe for Turkish citizens. In return, Turkey is agreeing to readmit rejected asylum applicants who reached the EU after being smuggled through Turkey. The agreement, which the EU intends to sign next week, will enable Turkey to become an outpost of sorts for the Dublin system, despite not being a member of the EU itself. It may be a good deal for Turkey, but the agreement is bad news for refugees.

"The readmission agreement is a disaster," says Piril Erçoban of the Turkish refugee organization Mülteci-Der. "No one here knows where to put the refugees," he says, because Turkey is already overwhelmed. One reason is that the country, unlike Germany, has no real asylum system to speak of. The government did sign the Geneva Convention relating to the Status of Refugees, which obliges it to offer asylum to those who qualify as refugees. But in practice, Turkey honors its commitment only for refugees coming from Europe. A new law designed to provide a small amount of improvement for refugees will not affect this policy.

The country makes an exception to its strict approach for the roughly 600,000 Syrians who have fled across the border since civil war erupted in their country. Turkish Prime Minister Recep Tayyip Erdogan has ordered that they be provided with minimal support. Refugees from Asian or African nations, such as Iran, Afghanistan or Somalia, can't expect much from the Turkish government.

Yet they do go to Turkey, and many live under disastrous conditions. Unable to find regular work, they're left to fend for themselves with no money or housing. Very few secure a slot in the resettlement program run by the United Nations refugee agency, the UNHCR. This year, the agency aims to facilitate the resettlement in other countries of only 6,000 refugees in Turkey.

No Halt to 'Push-Backs'

Those for whom this is not an option choose a different path: entering the EU illegally. In many cases, however, refugees are turned back at the Greek border before they can even apply for asylum. The European Court of Human Rights has declared that these "push-backs" are illegal. Yet according to Amnesty International, they haven't stopped.

Erçoban, the Turkish advocate for refugees, fears that the agreement between the EU and Turkey will only increase the number of push-backs. Turkey will be required to take back only those refugees who have entered the EU through its territory and were subsequently rejected in proper asylum proceedings. But he predicts that "no Turkish court will examine whether such proceedings were conducted unfairly in an EU country, or if they were conducted at all."

None of this is likely to present an obstacle for the EU's agreement with Turkey. It also doesn't matter that EU countries are no longer sending asylum seekers back to Greece, because that country's asylum system has collapsed. Turkey, on the other hand, doesn't even have an organized asylum system.

European Commissioner for Home Affairs Cecilia Malmström negotiated the treaty. Shortly after the Lampedusa accident, she said she was "deeply saddened by the terrible tragedy," and she subsequently called for a rethinking of European immigration policy. But what sounded like an energetic change of course was apparently nothing more than an emotional reflex, one that has since been corrected. Europe's asylum policy after Lampedusa is no different from its asylum policy before Lampedusa.