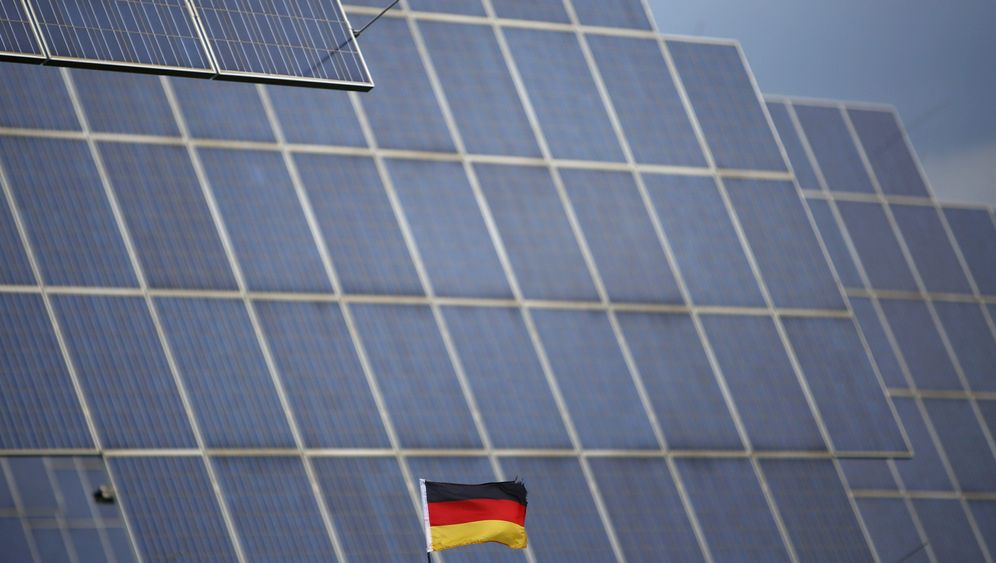 In Chinese industry, the officials of the European Commission have a reputation similar to that enjoyed by tax investigators among affluent tax evaders. They are hated, but at the same time they are received with the greatest of civility.

Which is why more than 100 Chinese exporters of solar panels in recent months have dutifully filled out pages of forms from the European Commission, which accuses them of trying to drive the competition into bankruptcy by undercutting their prices. When the European inspectors arrived, Chinese companies even gave them access to their confidential price calculations for the domestic and international market.

The Chinese are being so accommodating because they have plenty of experience with such procedures. The European Commission has thus far imposed punitive tariffs against the country for so-called dumping offenses in 48 different sectors. Chinese companies know that the size of the tariffs depends in part on the extent to which they cooperate in the investigations.

European Trade Commissioner Karel De Gucht is convinced that China systematically manipulates its prices to drive European manufacturers of solar cells and panels out of business. But ever since he announced that he would soon be issuing his decision, China has been openly threatening a trade war with Europe.

De Gucht is undeterred. On Tuesday, he announced that the European Commission is introducing a two-month period of low-level tariffs for all solar panels from China at a level of 11.8 percent. In August, however, the penalties will skyrocket -- to between 32.2 percent and 67.9 percent depending on individual companies' willingness to cooperate. He said the two months of low tariffs provide "a window of opportunity for the Chinese to negotiate."

China has said that it would consider retaliatory measures, including the imposition of a high tariff on seamless steel pipes from Europe. This would be a sharp blow to Germany's crisis-ridden steelmakers. The auto industry would also be an easy target for retaliatory action.

The German government is alarmed at such prospects. Germany could only lose in a trade war with the major Asian power. Chinese is by far the largest market for German exports in Asia and it was primarily Chinese consumers who, with their fondness for German products, helped the German economy recover from the dire effects of the financial crisis.

"The German government explicitly rejects the preliminary anti-dumping measures planned by the European Commission," German Economy Minister Philipp Rösler repeated on Tuesday. "We believe this step would be a serious mistake."

Berlin has been doing everything it can to stop the punitive tariffs. Last Monday, Berlin informed the European Commission that it opposes the tariffs, and 16 other EU member-states have also reportedly voiced their concerns. But De Gucht has the support of the remaining commissioners and is determined to proceed. The European Commission has the power to approve temporary sanctions for a period of six months.

Stopping the move would take a qualified majority of all countries voting against the measure in the European Council. But because France and a few smaller countries support the Commission, Germany is unable to assemble enough votes. Opponents could only prevail in six months when permanent sanctions are under consideration. Then, only a simple majority will be sufficient to block the measure.

Germany has taken its time to voice its objections. German negotiators in the European Commission's anti-dumping committee kept a low profile for months. The Economy Ministry officials had been instructed to take a neutral stance in the negotiations. "If the German government had taken a position earlier," says a representative of the anti-tariff lobby, "it would have been possible to influence the various countries."

Instead, the officials behaved as if the dispute were none of their business -- until Trade Commissioner De Gucht submitted his recommendation for a decision on punitive tariffs and, almost at the same time, Chinese Premier Li Keqiang arrived in Berlin for a visit at the end of May. Suddenly Chancellor Angela Merkel was interested in the solar issue, and it dawned on the officials that they were heading for a dangerous trade war.

It certainly wouldn't be the first dispute over tariffs between Brussels and China. But this time the problem doesn't revolve around a small sector like the bicycle industry, where Chinese manufacturers have had to pay punitive tariffs for years. In 2011, Chinese solar panel manufacturers raked in €21 billion ($27.5 billion) in revenues in Europe.

According to sources at the Economy Ministry, the German government's failure to voice its opposition earlier also had to do with the fact that the solar industry is deeply divided over the issue. On the one side is the dwindling number of manufacturers of solar systems that are being brought to their knees under pricing pressure from the Chinese competition. On the other side are those players in the solar sector who are profiting from their dealings with the Chinese.

"The German economy also makes money with every Chinese module," says Stephan Kohler, head of the German Energy Agency (DENA). "Sixty percent of added value in this area is created in Germany. That's why punitive tariffs are also hard on many German companies," such as chemical firms, which supply the Chinese with the silicon for their solar cells, and machine builders, which ship production facilities for the modules to the Far East. Tariffs would also adversely affect companies that import, process or install Chinese solar cells. All of these businesses are members of the same associations: the Federal Solar Energy Association, the Federal Association of Renewable Energy and the European Photovoltaic Industry Association (EPIA). Until now, they have jointly fought to ensure that, for example, the government didn't significantly reduce solar electricity fees. But the industry is deeply divided when it comes to tariffs.

This has led to two new proxy groups waging the fight for and against tariffs: the solar system producers, represented by the EU ProSun group, and the opponents of tariffs and their organization, the Alliance for Affordable Solar Energy (AFASE).

The two men at the head of the pro-tariff lobby couldn't be more dissimilar. One of them is Solarworld CEO Frank Asbeck, the country's best-known solar industry executive, an amiable baroque figure with a fondness for paisley scarves and romantic castles on the Rhine. The other is Asbeck's confidant Milan Nitzschke who, dressed in a plain black suit, often stood chuckling on the sidelines when Asbeck held court in his palatial office on the banks of the Rhine River in Bonn, filled with heavy leather furniture and stuffed fox heads on the wall. Asbeck explained the big-picture issues in the solar world, while Nitzschke provided the details with his mobile phone, when requested. At least that was the way the arrangement has worked thus far.

But the punitive tariff initiative has catapulted Nitzschke into the limelight. He founded EU ProSun, which has managed to have an impact on the Commission process.

But to initiate a successful complaint in Brussels, a trade association must represent at least 25 percent of relevant EU production. While AFASE counts an impressive 575 members, EU ProSun merely claims that it represents "the vast majority of the German solar industry," while refusing to disclose the identities of its members, allegedly for fear of Chinese retaliation. To protect the companies, says Nitzschke, only three parties know who is organized within EU ProSun: Nitzschke, the European Commission and the law firm that advises the group. Nitzschke is willing to say that EU ProSun has "about 40 supporters," of which approximately 25 are participating in the complaint, "with a fifth of them coming from Germany."

To put it plainly, exactly five German solar panel makers are behind the complaint, and aside from Solarworld, there are hardly any big names in the business anymore. One of the complainants, Sovello, from the eastern state of Saxony-Anhalt, will not be around to witness the success of the initiative. It filed for bankruptcy on May 14, 2012. The former industry giant Q-Cells was also insolvent, but it was fortunate enough to be rescued by a South Korean investor. In February, the Federal Statistical Office counted only 21 manufacturers of solar cells and modules, with about 6,000 employees. Not surprisingly, critics are already deriding the EU case as the solar industry's "Operation Setting Sun."

But for combative European Commissioner De Gucht, it's the principle that is at stake. The Chinese must accept a certain number of principles, rules and agreements having to do with fair competition, he said last Tuesday during a speech in Brussels, his remarks clearly aimed at Berlin. "If we in the EU do not stand together on this, we will lose," he added. No one voiced doubts over the dumping charges leveled by his inspectors.

A large majority in the European Parliament supports the European Commission's effort. "If it is very clear that this is dumping, and there is no solution by Wednesday, the tariffs will be inevitable," says Daniel Caspary, a member of the European Parliament for Germany's center-right Christian Democratic Union (CDU) and the Christian Democrats' spokesman on the foreign trade committee. The Europeans hope that the Chinese will, for example, establish certain minimum prices for their solar panels.

But previous experiences with Beijing have not been encouraging. On May 13, the Commission finally issued anti-dumping tariffs of up to 36 percent against about 400 Chinese exporters of ceramic kitchenware.

In that case, many EU member states had also argued against punitive tariffs at first. But the negotiations with China came to nothing, which is why the German government eventually voted with the majority of EU countries to impose the tariffs for an initial period of five years.

This experience has made De Gucht bridle over the criticism from Berlin. He wants the European capitals to stay out of the process. "The best protection for the member states is to say that this is the competence of the European Commission."