It's really only about a few fishing boats and territorial claims in the Adriatic Sea. But when Jean-Claude Juncker raised the matter in the European Parliament, he became passionate. The dispute between Slovenia and Croatia about their land and sea borders "must be resolved," the European Commission president told Croatian Prime Minister Andrej Plenkovic, who had taken his seat in the plenary hall back in February as the guest of honor. After all, he said, it is not just a problem for the two EU members, but "a European problem."

In a strange twist, a good six months after Juncker's firm words, it's now the European Commission chief himself who is delaying a solution. The Commission had several opportunities to act as an arbitrator in the conflict, but Juncker decided to stay out of it, even though his own staff has no doubt that Slovenia's position is largely correct in the matter. When the European Commission's legal service recently suggested that a "Reasoned Opinion" should be adopted, Juncker suddenly grew very stubborn. So far, the European commissioners responsible for the issue have yet to see the legal opinion DER SPIEGEL has obtained. Now the dispute is escalating, with Slovenia having moved in mid-July to file a lawsuit against Croatia at the European Court of Justice.

The president's decision is another example of how Juncker envisages the work of a more "political commission." On Wednesday, he presented his agenda for the coming months. With just a year to go until the end of his term in office, Juncker also wanted his State of the Union speech in Strasbourg to send out a message against growing populism in Europe.

The only problem with this is that the president himself has recently been helping fuel the populists, sometimes by not applying the rules of the Stability and Growth Pact given Italy's election, and at others by expressing indifference to the opinions of his own lawyers, as he is now doing in the border dispute between Slovenia and Croatia.

A Dispute as Complicated as It Is Bizarre

The dispute has become particularly charged. Croatian Prime Minister Plenkovic is said to have personally pleaded with Juncker during a meeting in mid-February for the European Commission to stay out of the dispute -- a request he considered to be entirely reasonable. If the commission had backed Slovenia, the damage to Croatia's image would have been tremendous. It's no wonder that conspiracy theorists in Slovenia are now having their day, arguing there may be some kind of deal brewing between the two politicians. Like Juncker, Plenkovic's party is also a member of the conservative European People's Party at the EU level.

The dispute itself is as complicated as it is bizarre. Croatia and Slovenia have spent years quarreling over a few square kilometers of water. And it's not as if they are fighting over attractive stretches of coast the Gulf of Piran, either -- it's a corridor to which both are allowed access and is used by a few fishermen.

Slovenia only abandoned its veto against Croatia's accession to the EU in 2009 because Croatia agreed to submit to arbitration in the dispute. As a result of that arbitration, the Slovenes were awarded three quarters of the bay, including access to international waters, in the middle of last year.

Croatia still hasn't accepted the judgment, partly because a Slovenian diplomat was caught in 2015 colluding with a court member from her home country; a circumstance that had no influence on the result, as the court noted.

It's the kind of conflict that Europeans thought had long since been overcome. At times, Croatian fishermen in the zone claimed by Slovenia have been escorted by police boats to do their work.

The Slovenians, for their part, also know how to tighten the screws. Given that Croatia isn't part of the Schengen Area and its border is considered an external EU border, no one can stop Slovenia from carrying out particularly strict border checks, creating major headaches for hotel and tour operators in neighboring Croatia. And Croatia itself won't be allowed to fulfill its hope of soon joining the borderless Schengen Area until it recognizes the ruling.

Going by the arguments of the European Commission's lawyers, there's no alternative to Croatia doing so. In their eight-page legal opinion addressed to Juncker's chief of cabinet, they leave no doubt that they believe the Slovenians have the law largely on their side. "The Legal Service considers that most of the heads of claim put forward by Slovenia in order to establish a breach of EU law by Croatia are established," it states. "The outcome of the arbitration procedure must be respected by the EU."

Juncker, however, believes that no one will benefit if the Commission interferes in the dispute, and that he only wants to be helpful. Other sources claim that Plenkovic is under pressure within his party and that the last thing he needs is for Brussels to side with Slovenia in the emotionally charged conflict.

But the EU has already learned one lesson from dispute. Western Balkan states like Serbia and Kosovo, which also aspire to become EU member states, should now only be permitted to join once any border conflicts have been resolved. "This little game," Juncker scolded the EU Parliament, "cannot happen again." 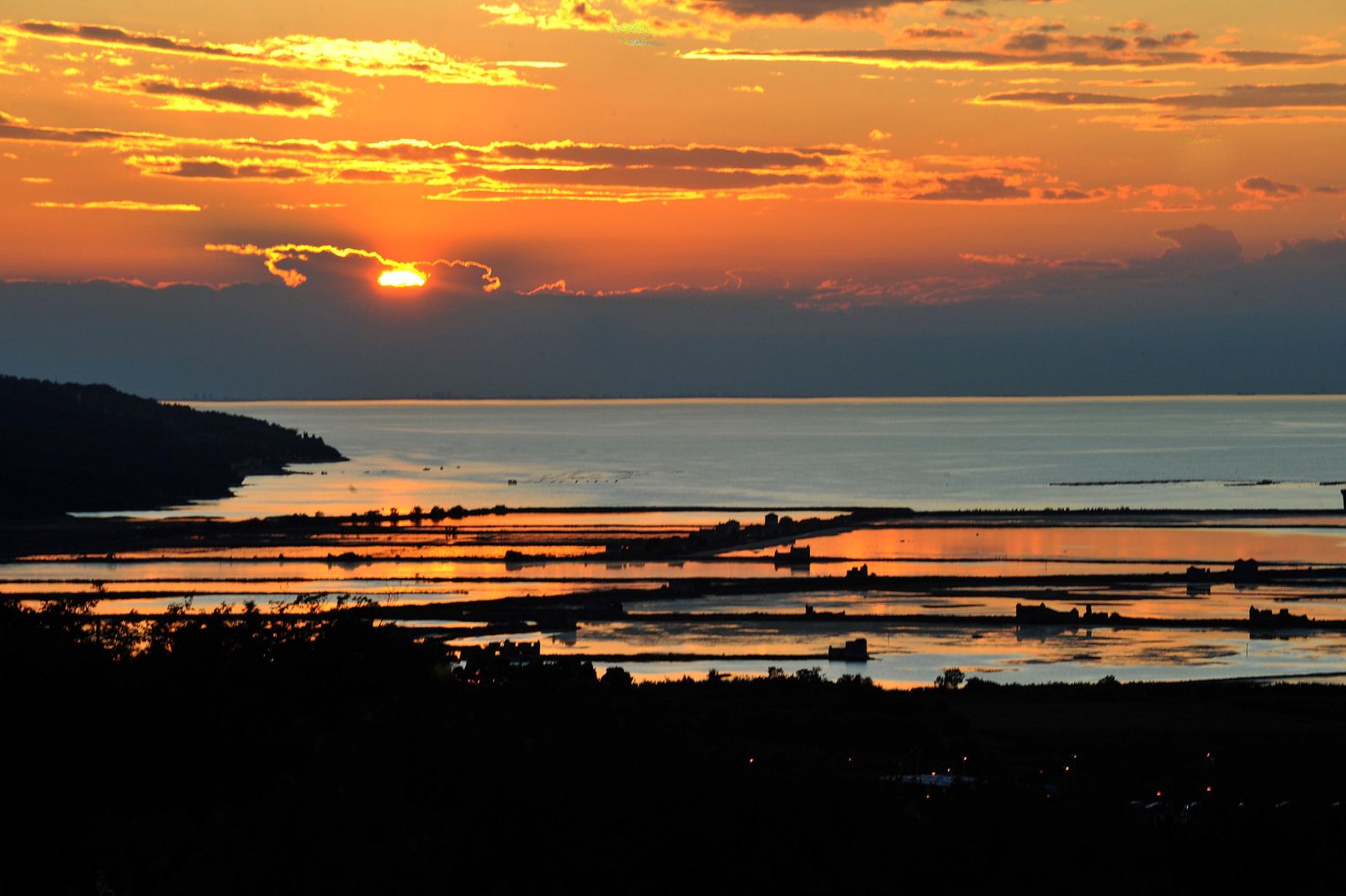 The Gulf of Piran 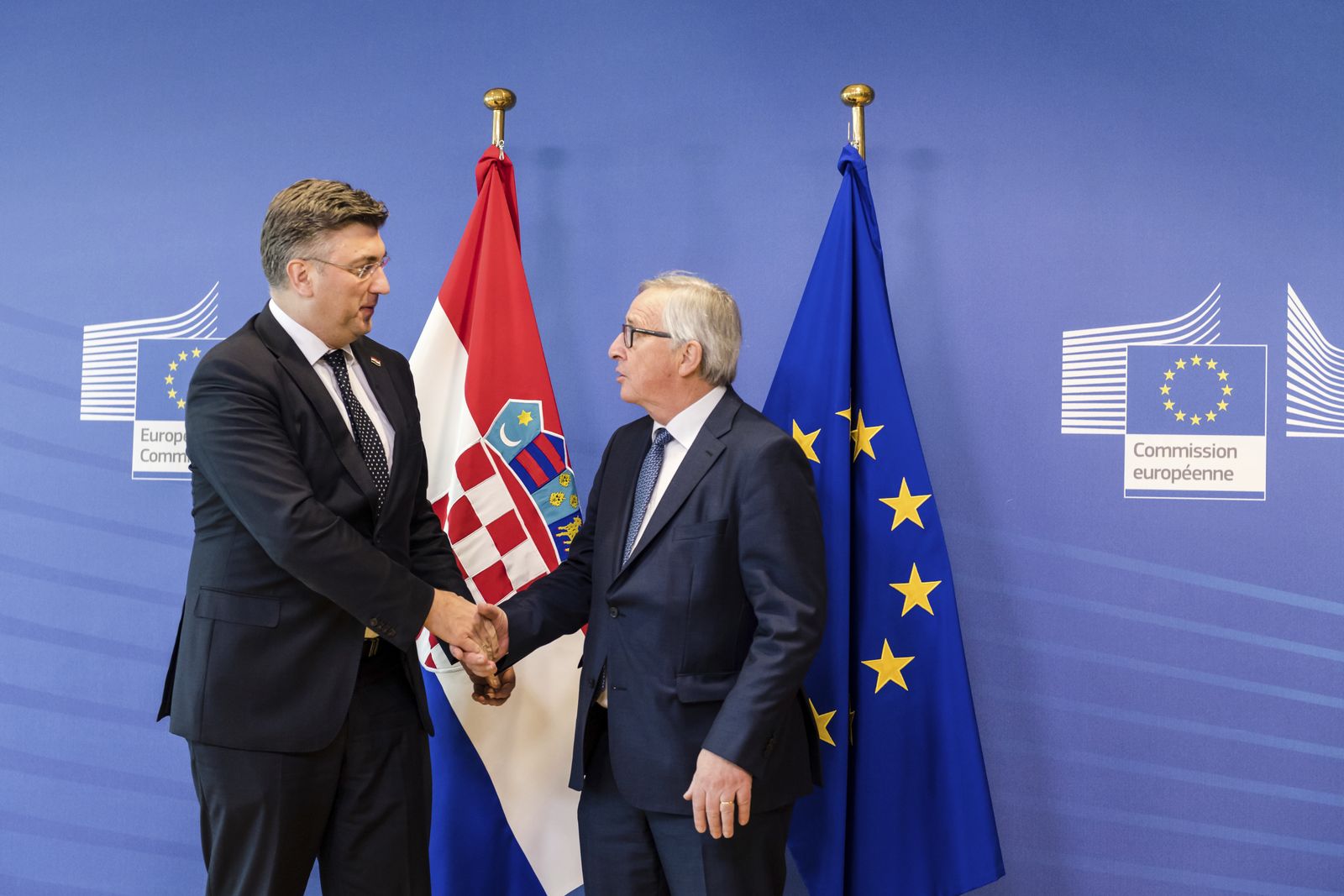 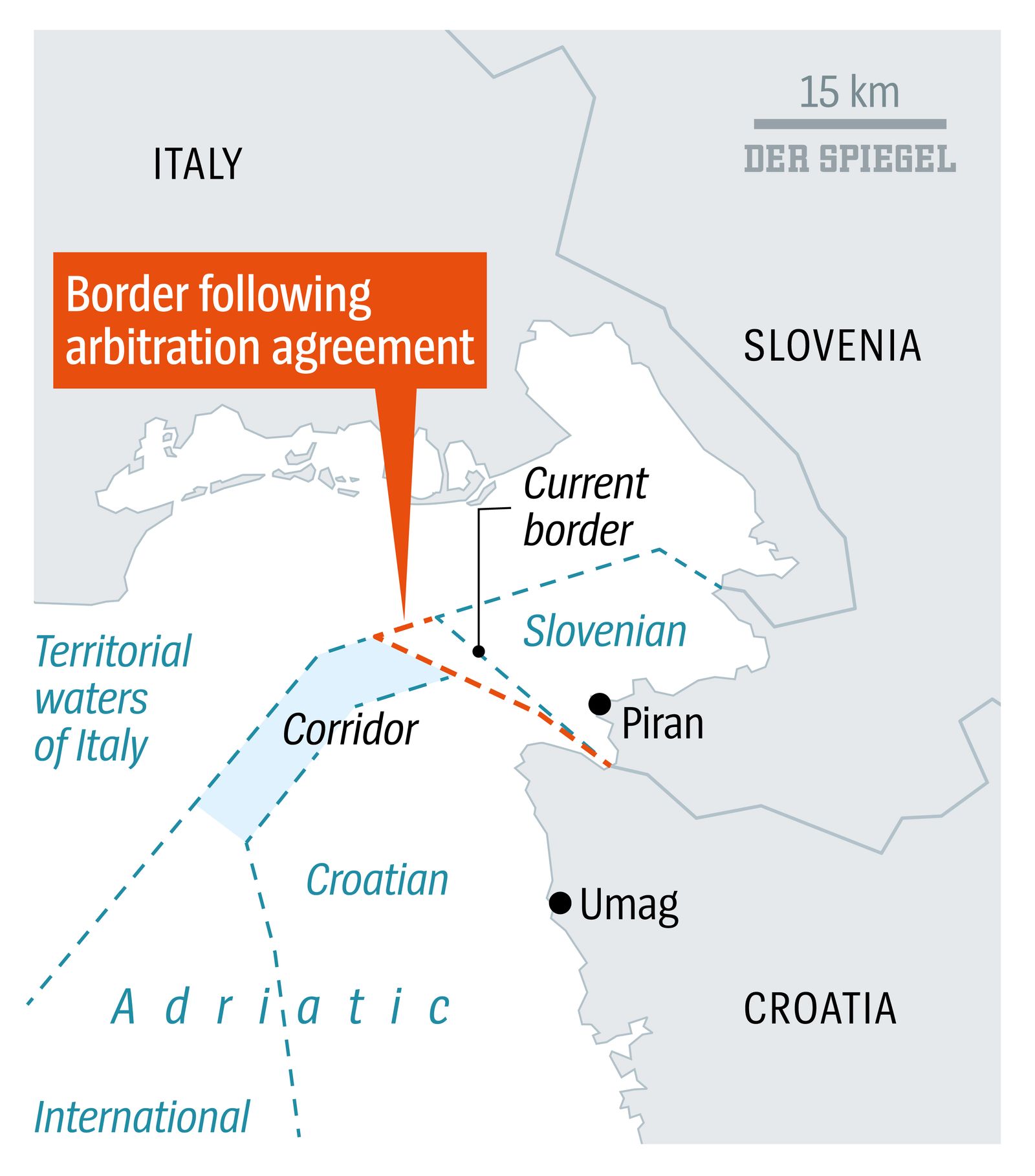