SPIEGEL: Ms. Malmström, you can actually be happy that Donald Trump was elected U.S. president.

Malmström: What makes you say that? The American people have elected their president and my vote doesn't count in the U.S.

SPIEGEL: Demonstrating against free trade agreements like TTIP and CETA no longer appears to be so cool when you suddenly have the unpopular American president on your side ...

Malmström: You have a point. Trump's election has opened many people's eyes in Europe to how valuable the European Union and international cooperation are.

SPIEGEL: That is apparently also true for many countries. Now that the U.S. has dropped its role as the vanguard of free trade, they are looking for a new partner: the EU.

Malmström: Already this year, we are well on our way to signing free trade agreements with Japan, Mexico and the Mercosur countries in South America. Many countries have the same instinctive reaction as the Europeans: If the U.S. turns away from the international system, then we will simply have to look after it ourselves. Together, we can demonstrate that, even in the Trump era, free trade is not a thing of the past.

SPIEGEL: President Trump has said that he wants to review all trade agreements to see whether they benefit America's growth and bolster U.S. industry. What's your reaction to this?

Malmström: Even though we still don't know any precise details, we're already making it clear that some proposals like a border tax or "buy-American" regulations are heading in a protectionist direction. The Americans' sudden proposal to classify certain steel products as national security-related is also something that we find highly problematic.

Malmström: Germany and other countries have protested to the U.S. We have to make it clear again and again that millions of jobs in the U.S. depend on trade with the EU.

SPIEGEL: You recently said in Mexico: "Building walls does not make any country great again." Do you think that Trump will eventually come around and recognize the advantages of free trade?

Malmström: I actually do not believe that Trump is anti-trade as such. He himself was a life-long trader in his own area, the real estate sector. And hasn't he just closed an arms deal with the Saudis valuing over $100 billion? The difference is that Trump sees trade as something with a winner and a loser. This seems to be a theme of his, and that makes us different. For us, trade is something where both sides win.

SPIEGEL: How do you explain the fact that many Europeans, just like Trump's voters, see themselves on the losing end of free trade and globalization? Recent strategy papers written by the Commission emphasize that the fears of the population have to be taken seriously. Is this a bit of self-criticism after the TTIP disaster?

Malmström: We have worked to make our trade negotiations more transparent and to negotiate value-based agreements. We have listened to concerns, for example by carrying out a reform of the investment protection system and setting out to create a multilateral investment court. Our world is rapidly changing and this creates a multitude of concerns. In a changing world, some jobs disappear and new ones are created. That's how it has been for hundreds of years. When jobs disappear, the vast majority is not because of global trade, but because of technical advances, robotization and so on. So, we - and in particular, EU member states - have to invest more in training and education so that people will have new opportunities if their jobs are cut. The EU can also better utilize its investment and social funds to protect its citizens from swift changes. Perhaps we also have to make it clearer that we are not abandoning our standards in environmental protection, food safety or our values when we conclude a trade agreement.

SPIEGEL: The European Court of Justice is also demanding greater democratic control of EU trade policies. According to a new legal opinion, in the future -- unlike the present -- national parliaments will have to give their approval to, for example, the controversial arbitration courts.

Malmström: We had asked the court to give us clarity on the matter: What is within the competence of the EU and what is not? We recently had debates over a number of trade agreements. The European Commission was of the opinion that agreements should be ratified by the 28 governments and the European Parliament, while the member states said that this was also a matter for the national parliaments. Now the competencies have been clarified: The key components, the most important parts, of the agreements will be democratically decided at the EU level, while the part concerning investments will be ratified nationally. Now we have to discuss within the Commission and with the member states: Are we going to split up agreements in the future? Are we no longer negotiating at the EU level about the protection of investments?

SPIEGEL: Member states' parliaments will have to be involved at an earlier date.

Malmström: That is true, and therein lies an opportunity. If the EU member states want us to negotiate trade agreements for them that include a reformed investment tribunal, for instance, then they will have to make sure that their parliaments are on board. This way, we ensure that the agreements that we negotiate over a period of up to 10 years have democratic legitimacy right from the start.

SPIEGEL: This week, Chinese Prime Minister Li Keqiang will make an official visit to Brussels. China's President Xi Jinping said at the World Economic Forum in Davos that his country will assume America's role of championing free trade. How credible is this pronouncement?

Malmström: The speech was very good. In reality, however, we have unfortunately seen very little action. On the contrary, many European companies have the impression that things have become even more difficult. They increasingly complain in China about corruption, legal uncertainty and poor internet connections. It is time for the Chinese to make good on their word.

SPIEGEL: You've suggested a number of anti-dumping measures like punitive tariffs to take action against unfair trade practices. Aren't these coming too late?

Malmström: Our hope is that the European Parliament will now quickly pass our proposals. We need these instruments so that we can better protect ourselves, when necessary, against unfair practices. But that is only one side. It is just as important that we enter into a dialogue with China like the current one in the global steel forum. Russia, Korea, Turkey and the United States -- we all have exactly the same agenda. The Chinese have promised to take part, as have the Americans.

SPIEGEL: German solar panel producer Solarworld has just gone bankrupt. Your ideas have apparently come too late for that company.

Malmström: The problem with trade defense instruments is that there are always two sides, even in Germany. Some companies, like Solarworld, suffer from unfair practices, while others that import Chinese components for their manufacturing operations profit when Chinese products become cheaper.

SPIEGEL: With all due respect, the result is fairly clear: There isn't much of a solar manufacturing industry in Europe anymore.

Malmström: There are admittedly only very few firms. We have to find out more quickly and efficiently than we have in the past where the market price is for certain products. The Americans are faster at this (Ed's note: addressing Chinese developments), that is true. But our analysis appears to be more thorough. Let me put it this way: When it comes to disputes before the World Trade Organization, we generally win.

SPIEGEL: After the solar industry, the Chinese are now having a field day with takeovers in the high-tech industry. How can Europe better protect strategic key industries?

Malmström: On the one hand, we need investments for our prosperity, also from China, and that is something we actually do not want to limit. But there is also this massive wave of takeovers that you mentioned, and that can hurt us. People are saying that Europe must take action. But how? We are looking into the legal options. Some countries are able, already today, to prevent takeovers, at least when national security is concerned.

SPIEGEL: The British now want to handle all of this on their own and have decided in favor of Brexit. Will there be a free trade agreement with Britain after it leaves the EU?

Malmström: The British will, of course, remain our friends and partners. But after Britain leaves, it will become a third country -- and no longer be part of the EU. We can talk about the contours of such an agreement. But it will take a number of years to negotiate the details. I think it is unrealistic to think that we will already have a trade agreement in place by April 1, 2019. 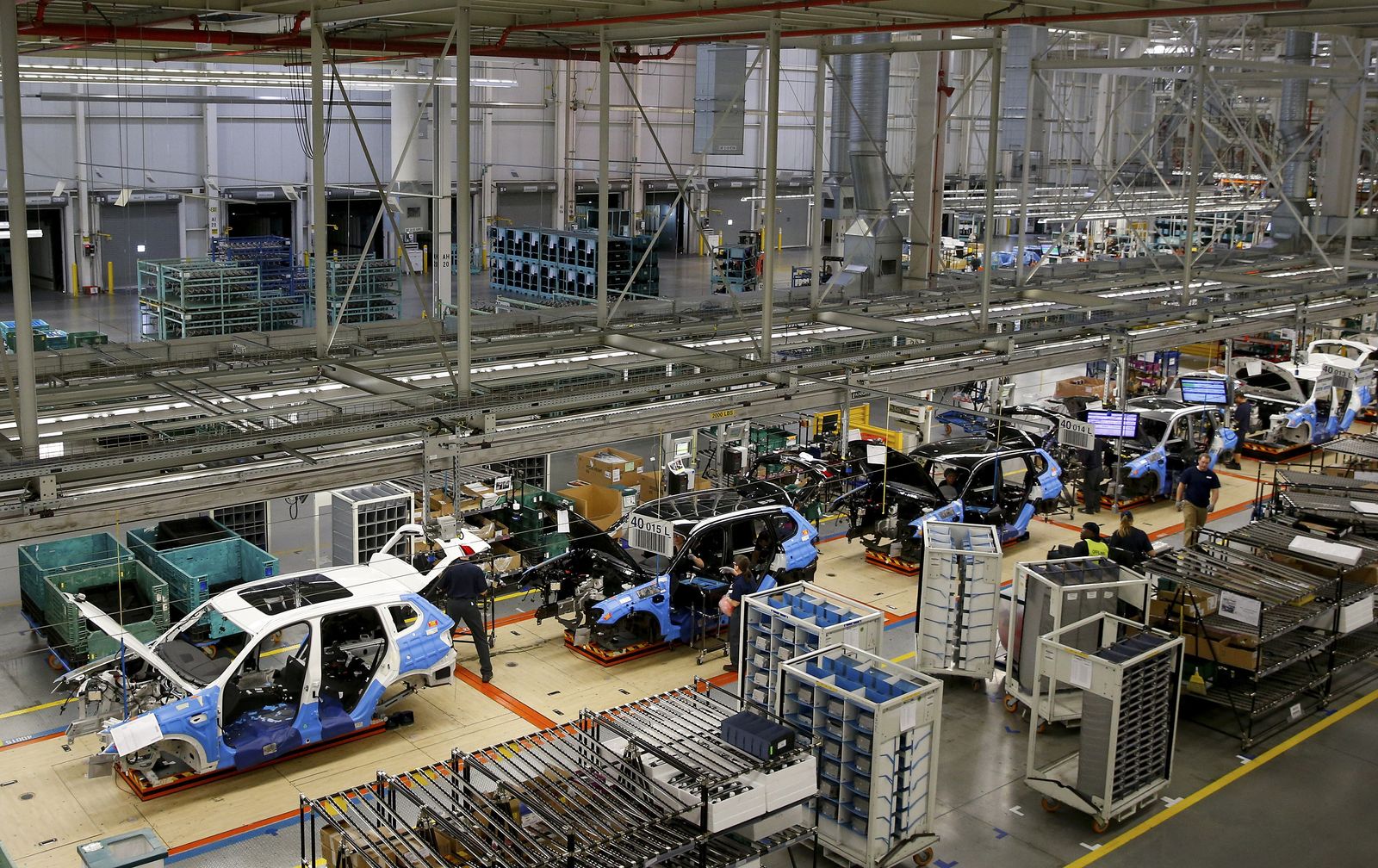 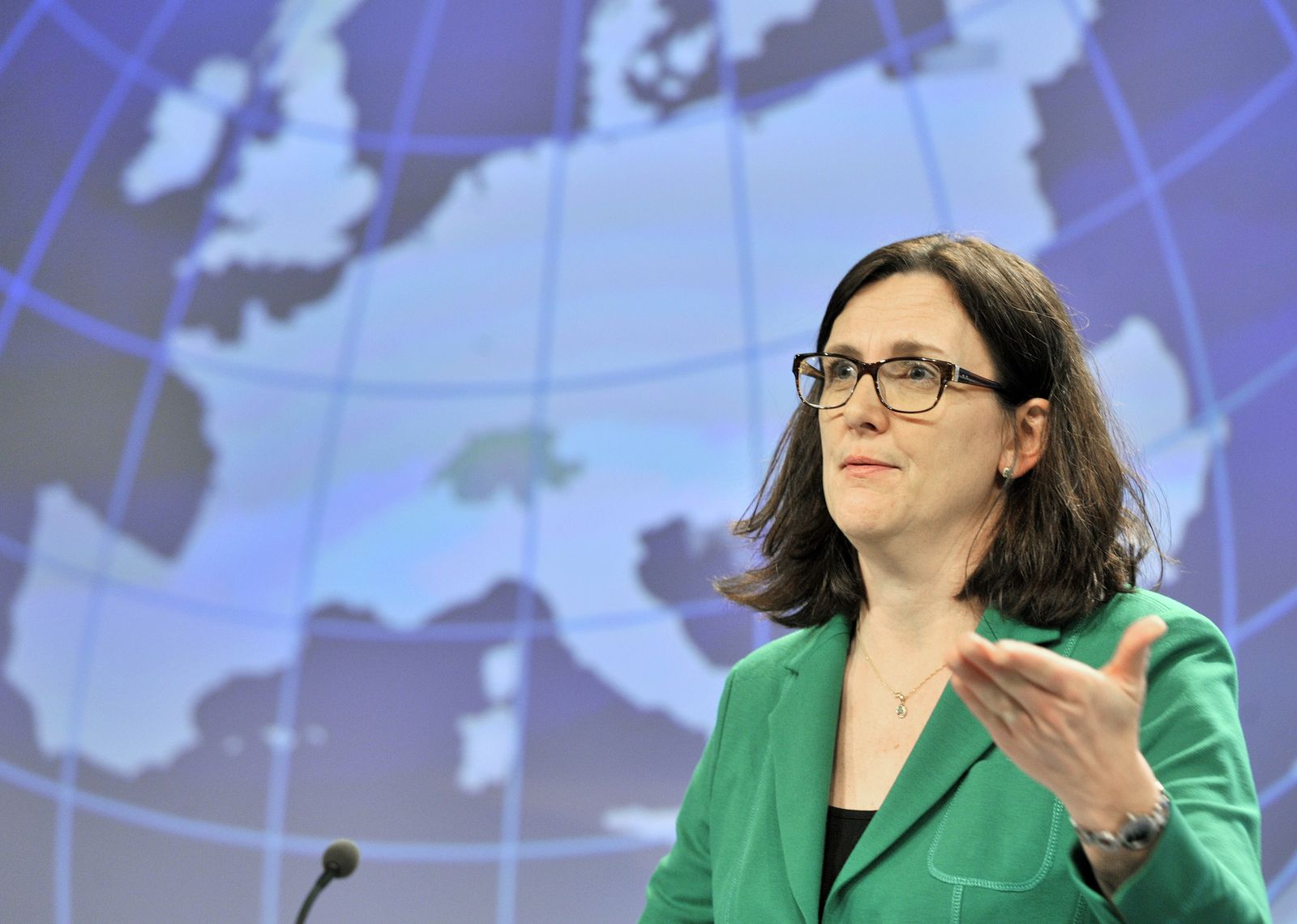 European Union Trade Commissioner Cecilia Malmström of Sweden: 'I actually do not believe that Trump is anti-trade as such.' 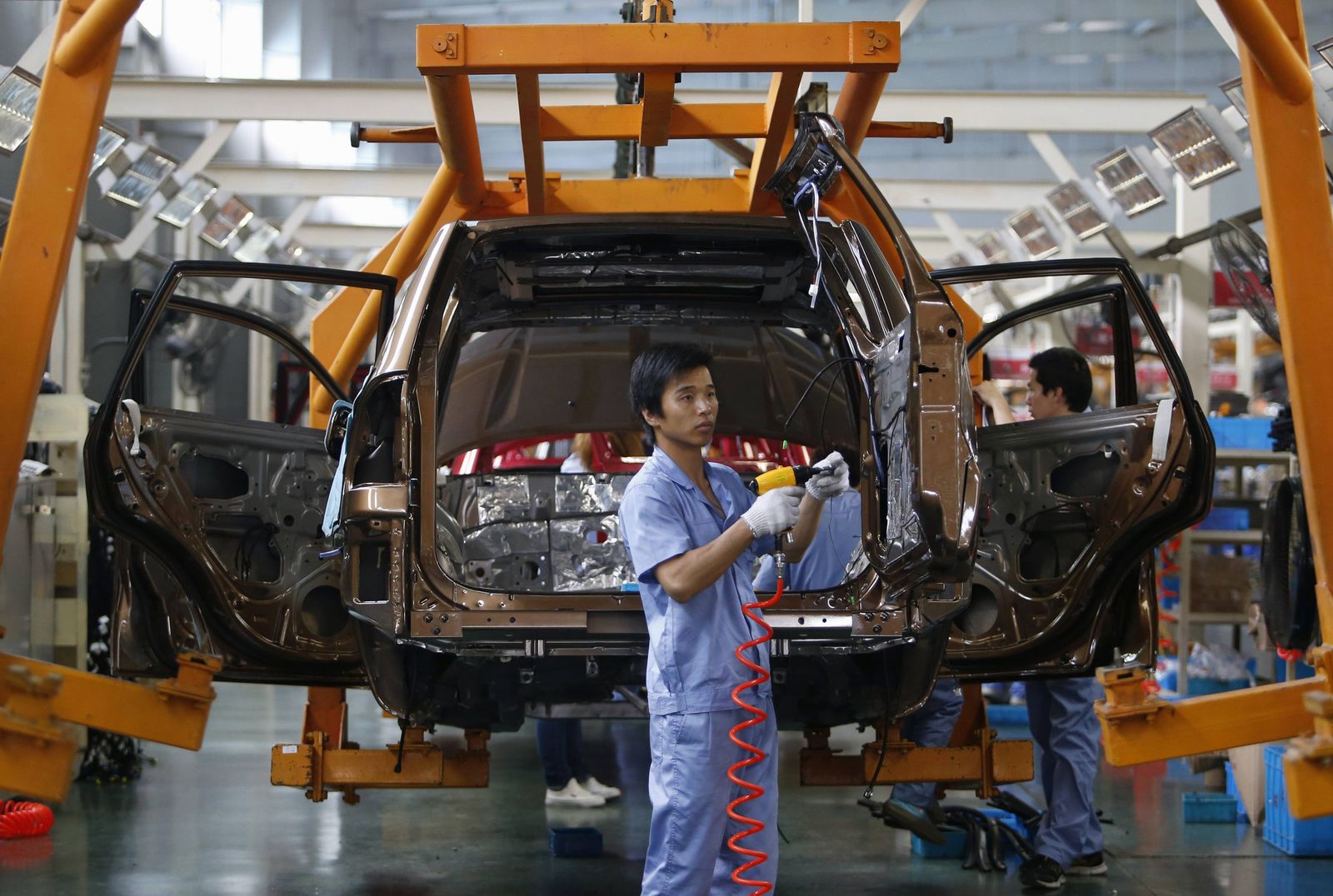 Workers at a Chinese automobile factory