In the Netherlands and France, right-wing populists are well positioned to make a splash in upcoming elections. In Hungary and Poland, they are already in power and have weakened the rule of law in those countries. In Warsaw, for example, the governing Law and Justice Party has reined in state media and the intelligence services while firing adversarial civil servants and paralyzing the country's constitutional court.

In response, the European Commission triggered the rule-of-law mechanism for the first time in EU history. The mechanism is designed to address systemic threats to the rule of law in EU member states. In its most recent letter to the Commission, however, the Polish government once again proved uncooperative, essentially bringing the rule-of-law proceedings to an end. The next step would be the activation of Article 7 of the EU treaty, which could ultimately lead to the suspension of Poland's voting rights. That eventuality, however, is unlikely. Doing so would require unanimous support from the rest of the EU member states and Hungary has already made clear it would veto the measure.

In an interview with SPIEGEL ONLINE, European Commissioner for Justice, Vera Jourová, proposes a different approach. She suggests making the distribution of EU funds, on which the Polish economy is heavily dependent, contingent on the upholding of fundamental values - or to eliminate such payments entirely.

Vera Jourová, 52, has been European Commissioner for Justice, Consumers and Gender Equality since November 2014. Prior to her post in Brussels, she was minister for regional development in the Czech Republic. She made headlines in Germany recently for her demand that VW should pay damages to European customers affected by the diesel emissions scandal.

SPIEGEL ONLINE: Commissioner Jourova, right-wing populists seem to have become the greatest internal threat to the European Union. In Poland and Hungary, they are already in power and are attacking democratic institutions. Are EU rules too weak to uphold fundamental values across the bloc?

Jourová: This is not just a matter of rules. This is also about societal development, which has its own rules. Fundamental rights are for everyone and have to be respected by everyone. But we can't be naïve in dealing with those who are abusing the principles protecting fundamental rights. Everyone who chooses to live in Europe must accept the basic values. This includes the rule of law as well as equality of men and women and non-discrimination against religious and other minorities. People who are not willing to respect not only the given law, but our democratic way of life, should not live in Europe.

SPIEGEL ONLINE: The Polish government seems unfazed. The Commission's activation of the EU rule-of-law mechanism has had little effect. Is the Commission toothless on this issue?

Jourová: We have to stay within the competencies we have been given. After finalizing our assessment of the latest letter by the Polish government, we may have reached a point where we have exhausted our possibilities to change things with friendly dialogue. We may then ask the member states to get involved in the dialogue with Poland. This case cannot remain with the Commission forever. It has been ongoing for more than a year now.

SPIEGEL ONLINE: You are referring to Article 7 of the EU treaty, the activation of which could lead to the suspension of Polish voting rights. That is hardly realistic, but in a recent speech you hinted at another possible measure.

Jourová: Yes, I have introduced into the discussion the option of making EU funding dependent on the rule of law and fundamental rights.

SPIEGEL ONLINE: Poland is by far the EU's largest net recipient of funds. It receives almost one fourth of all EU funding, accounting for 2.3 per cent of its gross domestic product. Losing that funding would be a catastrophe for the Polish economy.

Jourová: Which is why this issue it is important for Poland. This is not, of course, something for the current budgetary period, which ends in 2020. But the preparatory work for the next period will begin as early as this year, and we have to discuss the conditions for any further massive funding - funding which is based on solidarity. I have worked for almost 20 years in the field of structural funds, and there have always been conditions, but only related to economic factors or technicalities. We have to look at the basic values again and take them into consideration.

SPIEGEL ONLINE: The European Commission cannot make such decisions on its own. The European Parliament and the member states have a say in the budget as well.

Jourová: Of course, but with the UK, as one of the largest net contributors, leaving the EU, we need a reassessment of the mechanisms and the criteria for further funding. There will be two decisive factors. One is the limit which determines when a country is eligible for structural funding. So far, this has been the case when a country's GDP is less than 75 percent of the EU average. But it doesn't have to stay that way. We are going to start from scratch.

Jourová: Yes, and this is the reason why it must be discussed with the Parliament and with member states.

SPIEGEL ONLINE: What is the second factor?

Jourová: The amount of money available for future cohesion policy, if there will be one at all.

SPIEGEL ONLINE: Are you saying that the cohesion policy, which ensures the transfer of money from richer EU countries to poorer regions, could end altogether?

Jourová: There could be changes. Look at the White Book the Commission just published. In one of the scenarios, regional policy would be defined as something which could be left to the member states in the future. Or perhaps we will redefine whether future funding will come in the form of subsidies or loans. But for now, this remains a theoretical discussion, of course.

SPIEGEL ONLINE: Nevertheless, it could cause considerable alarm in countries whose economies massively depend on the EU's cohesion funds, Poland and Hungary among them.

Jourová: These countries will be sitting at the table as well, so they have a say in it. But they must understand that we have to uphold the EU's core values. These days, people are nervous and uncertain because of security threats. In this kind of atmosphere, fear and hatred are on the rise. We need to safeguard security, but we also have to be vigilant and avoid handing over all power to those who say they are here to ensure security. Fundamental rights are not a given today. We have to protect them.

Jaroslaw Kaczynski is head of Poland's Law and Justice party. 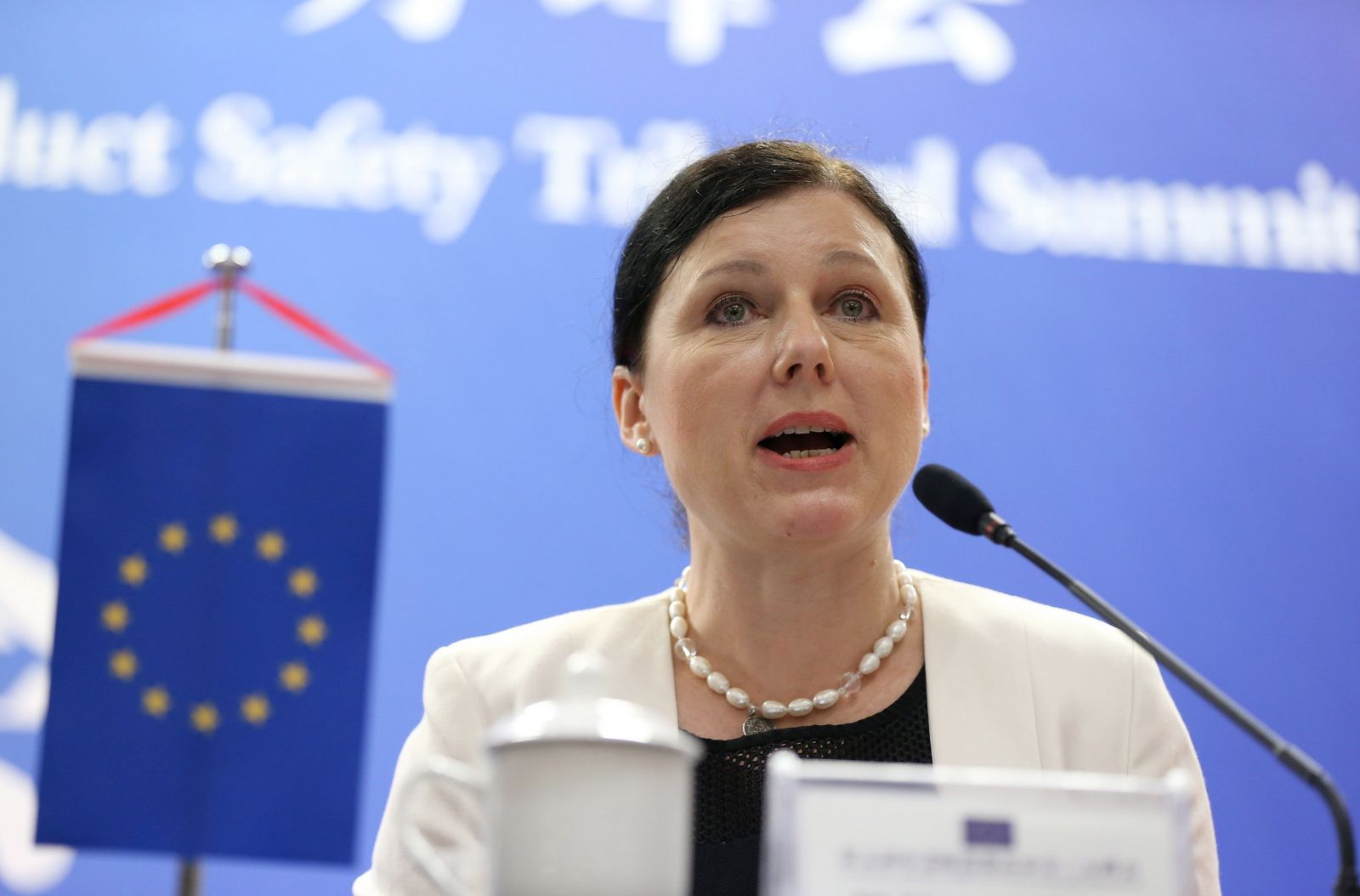