When European Commissioner for Economic and Monetary Affairs Olli Rehn presents the European Union's spring forecast for the bloc's economy on Friday, one word will be a leitmotif during his speech: growth. Once a favorite buzzword of eurocrats, it is now back in fashion these days.

Even prior to François Hollande's victory in the presidential election in France, growth had been on the Brussels agenda. Now, it is near the top. European Council President Herman Van Rompuy has invited the 27 EU leaders to a special summit on growth on May 23. And the plan is to adopt a "growth pact" at the next regular EU summit at the end of June.

At first glance, this seems like a fundamental about-face. After two years of rigid austerity aimed at combating the European debt crisis, the EU would appear to be changing its course. Disappointing economic data in southern Europe and the recent Greek election, where voters made their rage at the mainstream political parties clear, has apparently led to a rethink. European leaders have come to the realization that austerity alone just makes the situation worse. Now, the time to invest has arrived.

But is that really the case? The European Commission is warning countries not to suddenly abandon fiscal discipline. "The debate of consolidation versus growth is a false debate," said Commissioner Rehn earlier this week, arguing that Europe needs both. It's an opinion shared by many European leaders.

The European fiscal pact, to be sure, will not be re-negotiated, despite Hollande's demands for changes during his campaign. Agreed upon in January at the urging of Chancellor Angela Merkel, the pact mandates strict budgetary discipline for signatory states.

It will, however, be augmented by a separate "growth pact." It is currently unclear just what form this growth pact will take. But it seems safe to assume that it will not be particularly ambitious -- European leaders want to stimulate the economy without putting too much strain on their budgets. Massive debt-financed investments are still regarded as a taboo. Additional transfers from the wealthy north to the impoverished south also seem unlikely. It is, in short, unclear if Europe can even afford growth.

Still, there remain a handful of possible strategies that Europe could pursue to promote growth:

1. Relax the austerity targets: Three countries -- the Netherlands, Spain and France -- are required by ongoing EU excessive deficit procedures to reduce their budget deficits to 3 percent of gross domestic product by 2013, in order to meet the euro zone's stability criteria. It is, however, unlikely that they will reach the target and there has been talk of extending the deadline as a result. The fiscal pact offers a lot of room to maneuver, Rehn said this week. But relaxing the austerity targets is a balancing act: Although domestic demand would benefit, the country in question might find itself experiencing pressure from the financial markets, pushing up yields on its sovereign bonds.

2. Cheap money from the ECB: The European Central Bank (ECB) could cut interest rates further, which would stimulate demand. But that is not a measure which EU leaders could stipulate in the growth pact, due to the ECB's independence.

3. Structural reforms: This has been the European Commission's favorite recommendation for stimulating the European economy for decades. The idea is that liberalizing the labor market, increasing the retirement age and reducing barriers to trade will increase competitiveness, and therefore stimulate the economy. Such reforms only have one problem: They don't help much in the short term. Even Germany's "Agenda 2010" welfare and labor market reforms, introduced by former Chancellor Gerhard Schröder, took years to show results.

With its proposals for stimulating growth, the European Commission has repeatedly met with resistance from the German government in recent months. Now, however, it has new hope. Commission President Barroso said he was very pleased that "new momentum" was now building in member states for measures to boost growth. All eyes are currently on the designated French president. At the EU summit on May 23, Hollande wants to outline his vision of a growth pact to his European partners. If he follows the tradition of such summits, there may even be a joint German-French proposal.

But Europeans should not get their hopes up too soon. The limited EU funds that are currently the subject of discussion are not sufficient to give the economy in southern Europe a significant boost. It would not be the first growth pact which was announced with much fanfare in Brussels and then fizzled out. The Lisbon Strategy of 2000, for example, was supposed to transform the continent into the most competitive region in the world within 10 years. Instead, Europe found itself in a less enviable position in 2010 -- as the world's number one cause of economic concern. 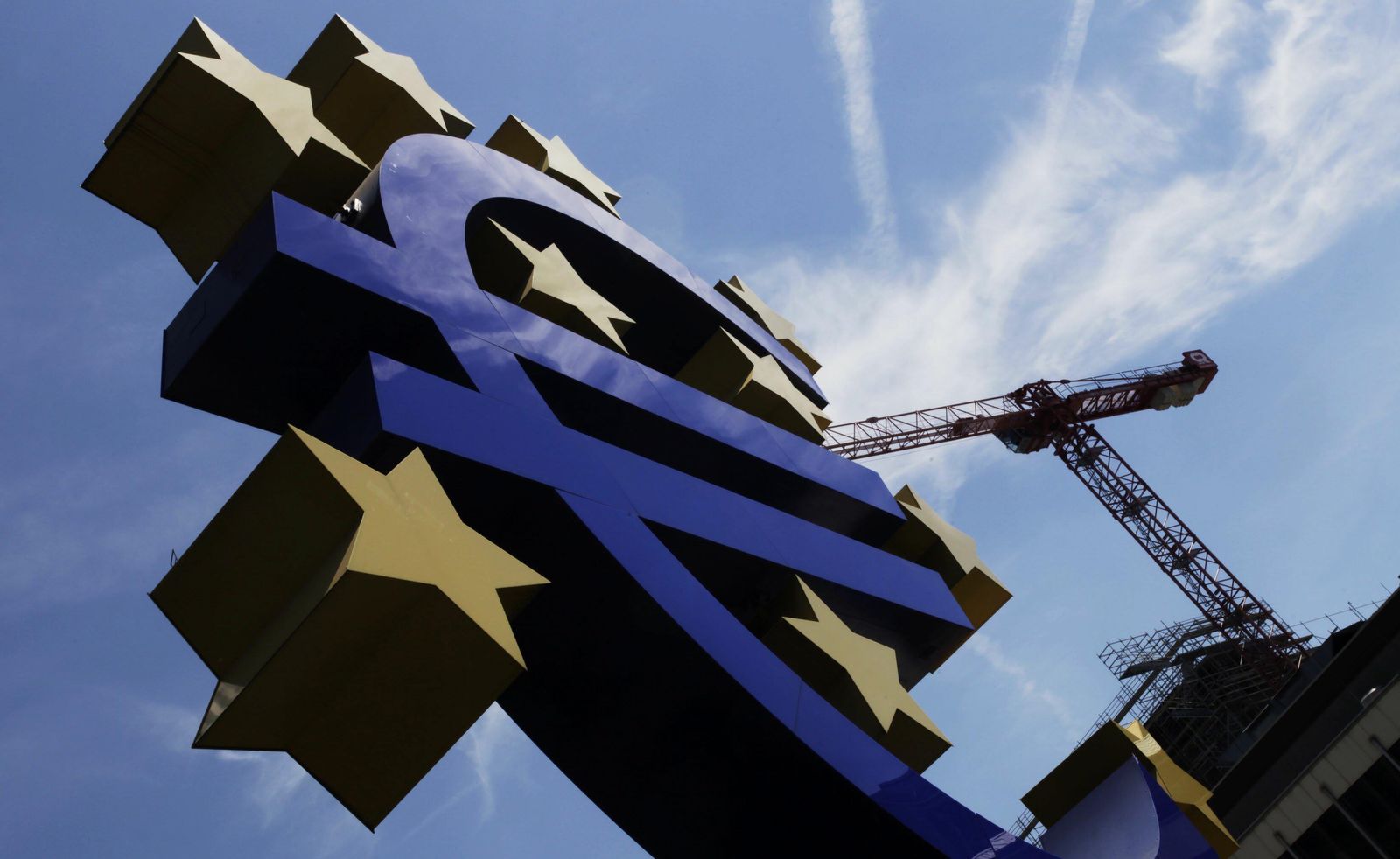 ECB headquarters in Frankfurt: Cheap money from the ECB could be one way to stimulate growth.