It was just a few hours before the beginning of the European Union summit in Brussels when German Chancellor Angela Merkel and French President Nicolas Sarkozy finally got the support they needed. If necessary, said Jean-Claude Juncker, head of the Euro Group and prime minister of Luxembourg, the 17 euro-zone countries could agree to changes to EU treaties on their own, without the participation of the other 10 EU members. 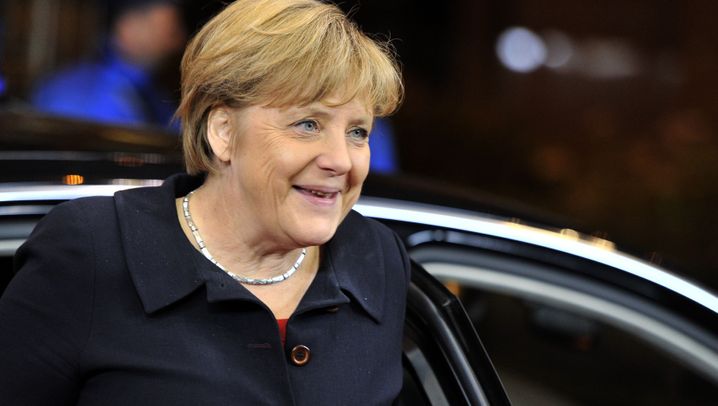 Euro-Zone Treaty May Be Illegal

The euro-zone 17 in combination with six other countries quickly began moving forward on their own. But is such a move legal? European Union lawyers have their doubts that the kind of euro-zone fiscal union within the EU would be allowed.

Changes to the EU treaty, after all, must be unanimous. Furthermore, EU officials in Brussels say, because monetary union is regulated extensively in the Lisbon Treaty, reform can only be implemented within the existing legal framework. The legal services experts of the European Commission, the European Central Bank and the European Council, which represents the member states in Brussels, are all in agreement. A treaty concluded only by the 17 euro-zone governments would be illegal, they say.

Individual countries could only issue a "political declaration of intent," in which they determined, for example, how they would decide on the use of sanctions against budget offenders. But such a declaration would have no legally binding character and, as officials point out, could also be revoked following the election of a new government. This is principally a reference to France, where the Socialist presidential candidate François Hollande has already announced that he would not accept any incursions into national sovereignty.

Shortly before the summit, many European leaders were pushing for a quick rescue plan. At the convention of the European People's Party (EPP) in Marseilles, the conservative group which currently constitutes the largest faction in the European Parliament, smaller countries also spoke out in favor of a strong Europe with strict rules. 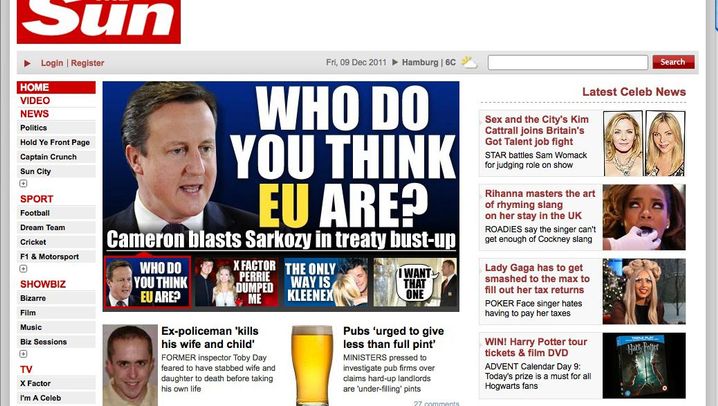 'In the Middle of a Storm'

"We are in the middle of a storm, which is why the hands of the leaders cannot be shaking," said Hungarian Prime Minister Viktor Orban. His Romanian counterpart Traian Basescu said that his country fervently hopes that the euro will be saved. "Every decision in Brussels will affect the daily lives of all Romanians," Basescu said. He called for an agreement among all 27 EU countries and not just the 17 euro countries.

Dutch Prime Minister Mark Rutte also announced his resistance to a euro treaty for only the 17 nations of the monetary union. "It is of great importance … that we keep countries such as the UK, Sweden and the Baltic countries and Poland in. We also have to make sure that we keep the union of 27 together," Rutte said upon his arrival in Brussels.

European Council President Herman Van Rompuy agrees. He too feels that it would be difficult to legally enshrine the new supervisory powers of the EU institutions if they were approved only by the 17 euro-zone countries. 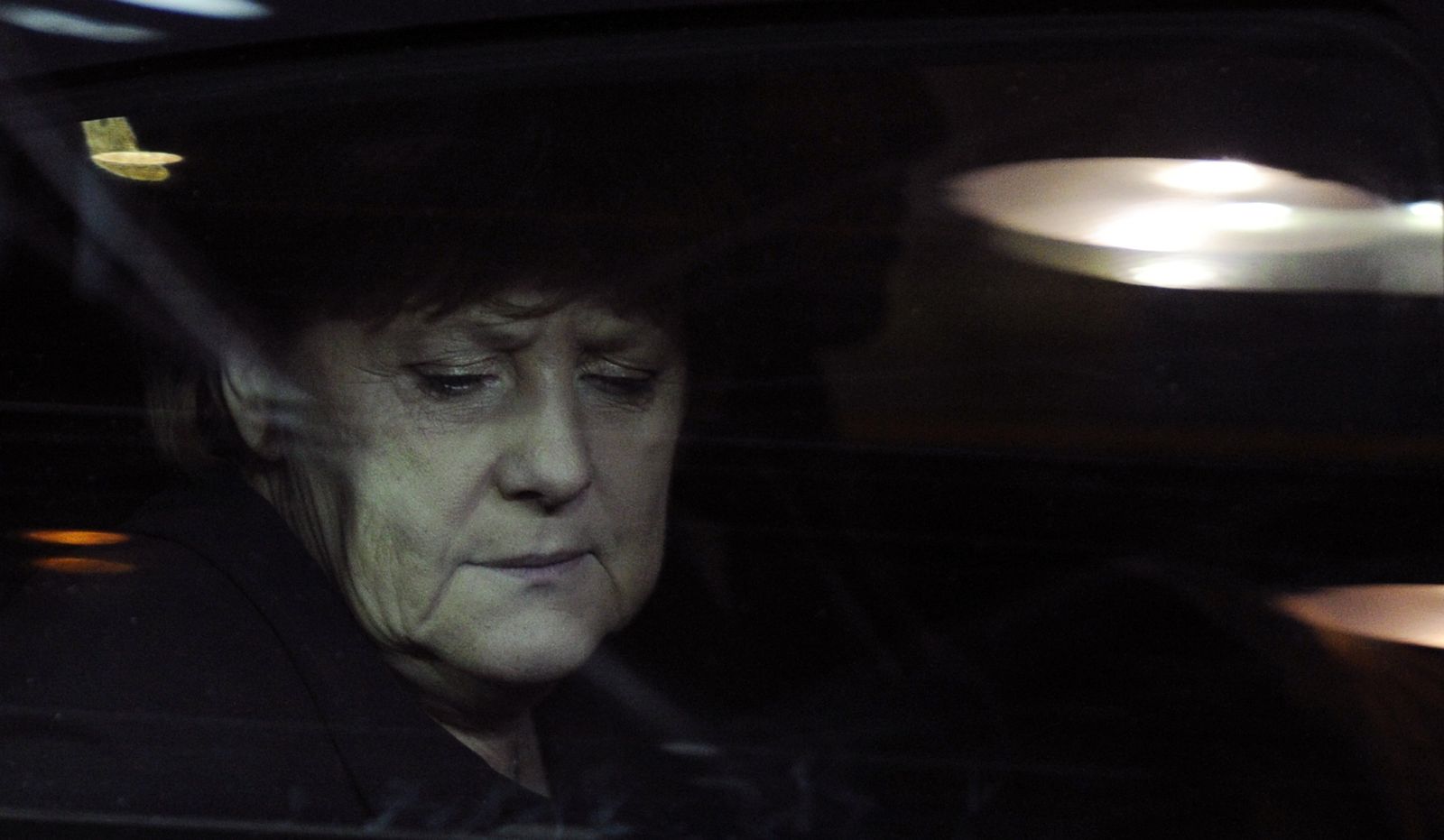 Chancellor Merkel may have a difficult time pushing through her vision of the EU. 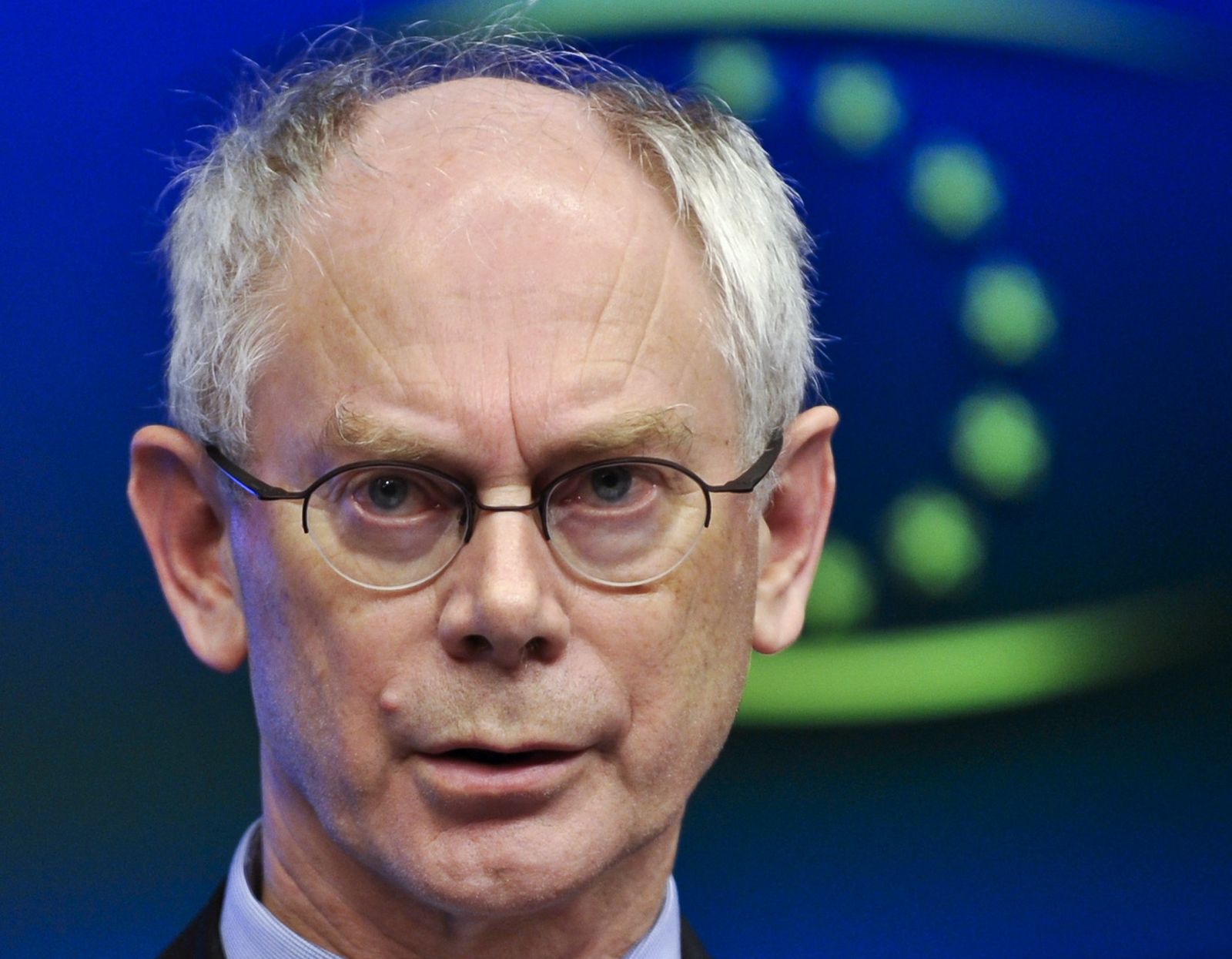